Coco Jack: Finally, An Easy Way To Open Coconuts Without Chopping Off Your Fingers 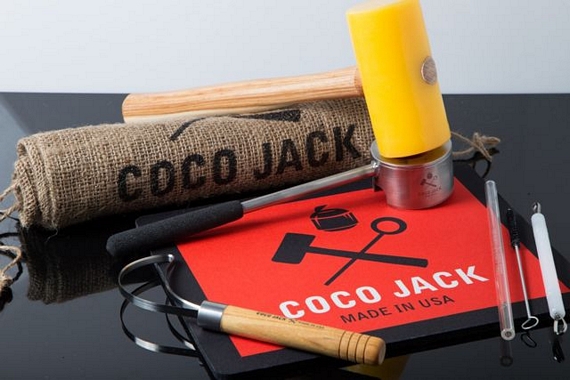 From all the movies I have seen, people usually open coconuts using a large machete-like blade, hacking at the top of the shell like beheading an evil leprechaun.  It works well enough if you know what you’re doing.  If you don’t, well, good luck not losing a finger.  The Coco Jack is a kitchen tool that makes cracking coconuts open a less-hazardous undertaking.

Designed for opening young Thai coconuts (you know, those things they sell at Whole Foods that raw foodists love so much), it eliminates much of the difficulty and frustration that usually accompanies trying to open the darn things.  With this tool in tow, cracking a coconut open is as simple as a few taps and a prying move — no feats of strength nor blade-handling required.  They estimate one coconut-opening session should take no more than six seconds. 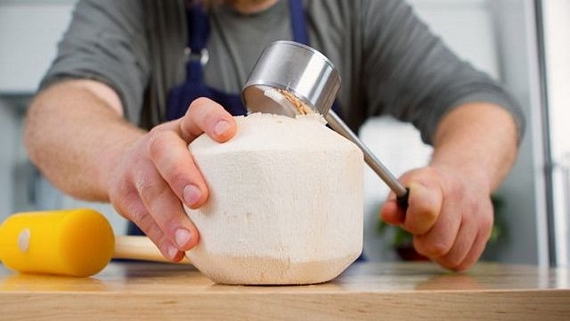 The Coco Jack consists of a jack and a mallet.  To use, simply position the jack’s hollow head at the top of the coconut, then hit it along the edges with the mallet until part of the jack is buried in the shell.  From there, you just pry the rest of the top open by using the jack as a lever — done.  The jack comes with a shock absorbing grip, which the company claims is strong enough to absorb vibrations from motorized lawn movers, so your weak taps with a mallet shouldn’t pose any problems.  Construction is food-safe stainless steel for the jack and food-safe plastic for the mallet.

You can purchase Coco Jack directly from the company website.  Price is $42 for a basic set.