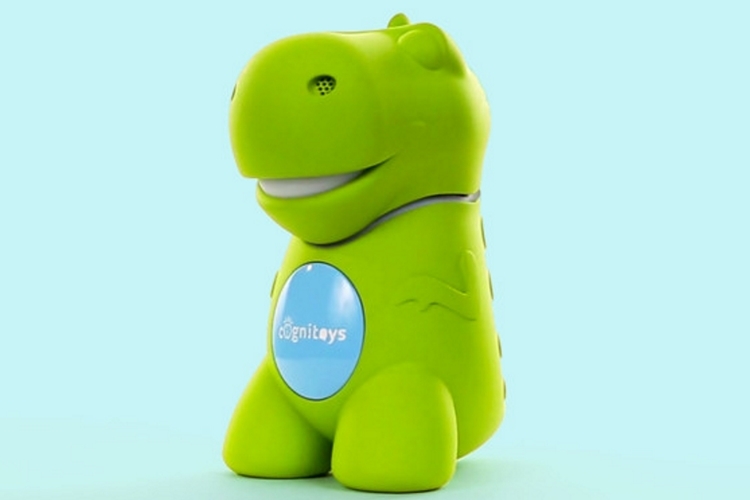 Toys that can talk back are nothing new. As much fun as they can be, though, they’re nothing more than chatty robots repeating a very limited repertoire of lines. That changes soon with CogniToys, a toy dinosaur that can understand what a child is saying, then answer back with an age-appropriate response.

Made by Elemental Path, it’s a friendly-looking toy dino with a large button on its belly. Press the button, speak to it, and it will speak back. Rather than just randomly pluck a line out of a database of speech files, though, it concocts a response that directly addresses your statement, so kids can feel like they’re talking to an intelligent toy that actually understands them. 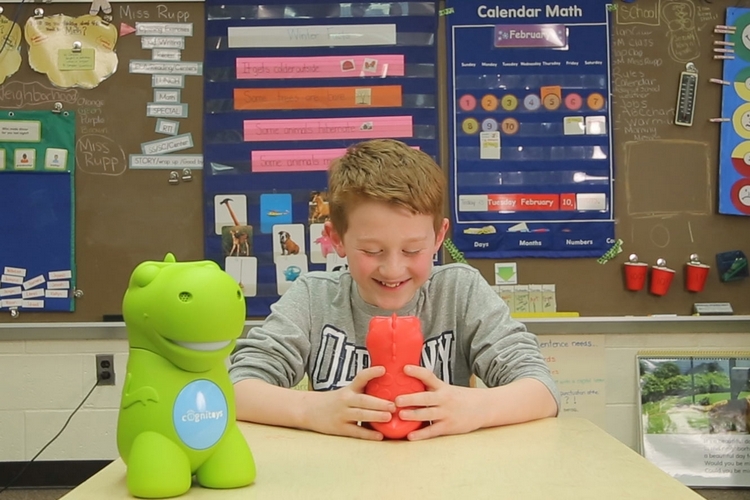 CogniToys function, pretty much, like one of the growing number of virtual assistants, processing what you’re saying, then doling out an appropriate response. It doesn’t just use some run-of-the-mill artificial intelligence, either, as it’s plugged into IBM’s Watson, leveraging the popular AI computer’s advanced capabilities in natural language processing, automated reasoning, and knowledge representation, among other talents. Since relying solely on a question-and-answer computer might not be enough to keep kids entertained, they combine it with a proprietary system that adds stories, jokes, and educational exercises, along with a dose of lovable personality to the mix.

During use, the toy pairs with an accompanying smartphone app (iOS and Android), which serves as the gateway to Elemental Path’s servers. Features include personalized function (it can remember a kid’s individual attributes), a web-based dashboard where parents can monitor various recorded stats, 5.5 x 4 x 7.5 inch dimensions (l x w x h), and six weeks of battery life on a quartet of AAs.

Slated to release in December, CogniToys is now available for preorder, priced at $119.99.