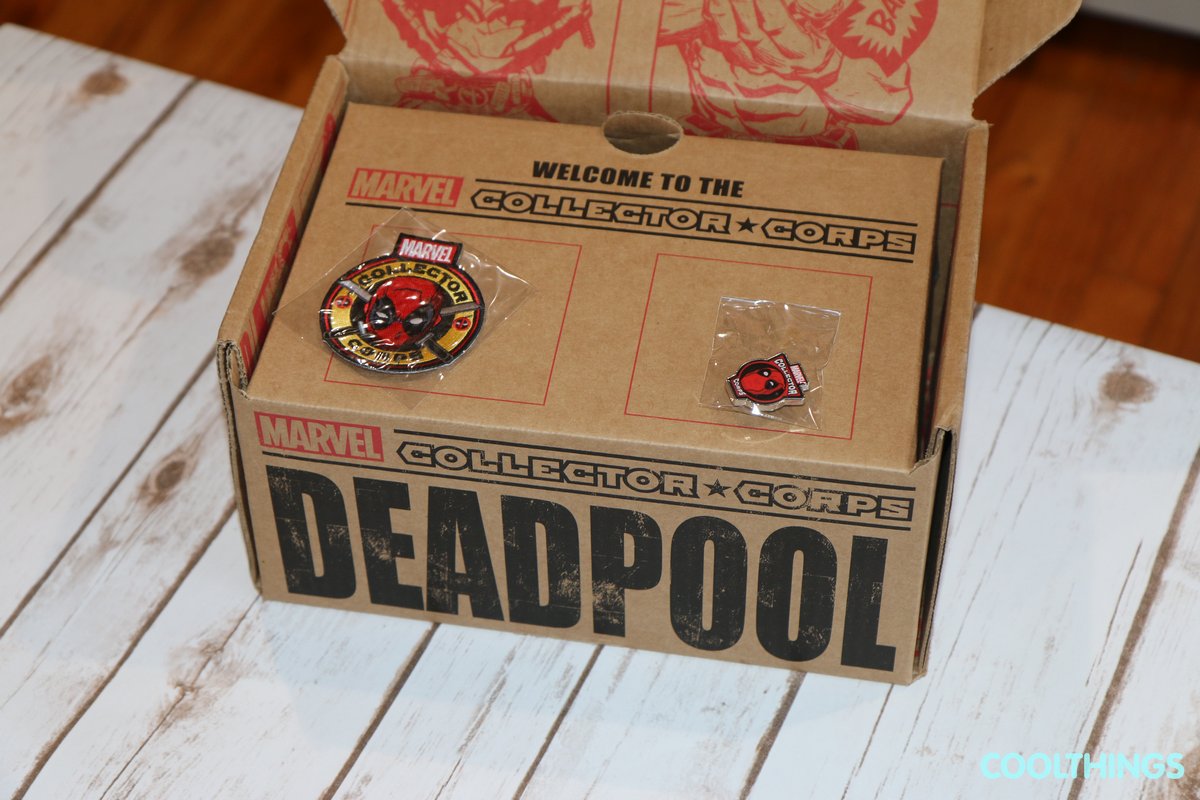 For a while there, we weren’t sure whether Deadpool was going to get his own Marvel Collector Corps. The movie is released under Fox, rather than Marvel, after all. But, hey, there just might no bigger movie this year than Deadpool, so we’re getting an awesome themed set for Marvel’s resident Merc with a Mouth. And we just got ours.

Unlike most Collector Corps boxes, this set is fully-dedicated to a single character. That’s right, no villains, no sidekicks, and no extra fluff – every item in the box comes with Wade’s masked face plastered on it, making for a set that any longtime fan can appreciate.

The February Marvel Collector Corps start off with a patch and a pin that you can slap onto your bags or jackets, both of them with God’s Perfect Idiot smack in the center, along with Collector Corps branding. It also comes with two Funko vinyl figures: a leaping Deadpool from the POP line (with an accompanying transparent stand) and a Cowboy Deadpool from Dorbz. Funko’s Mopeez line gets its first doll in a Collector Corps box with a Deadpool plushy, which comes decked in the character’s alternate black suit.

Also onboard is a special version of Deadpool #1, with Funko’s version of Wade gracing the cover atop a pile of rolled-up treats. Marvel has three separate shirt variants for this box: regular Deadpool, X-Men Deadpool, and X-Force Deadpool – our box came with the the third one and it’s downright glorious.

Check out the rest of the unboxing images below. 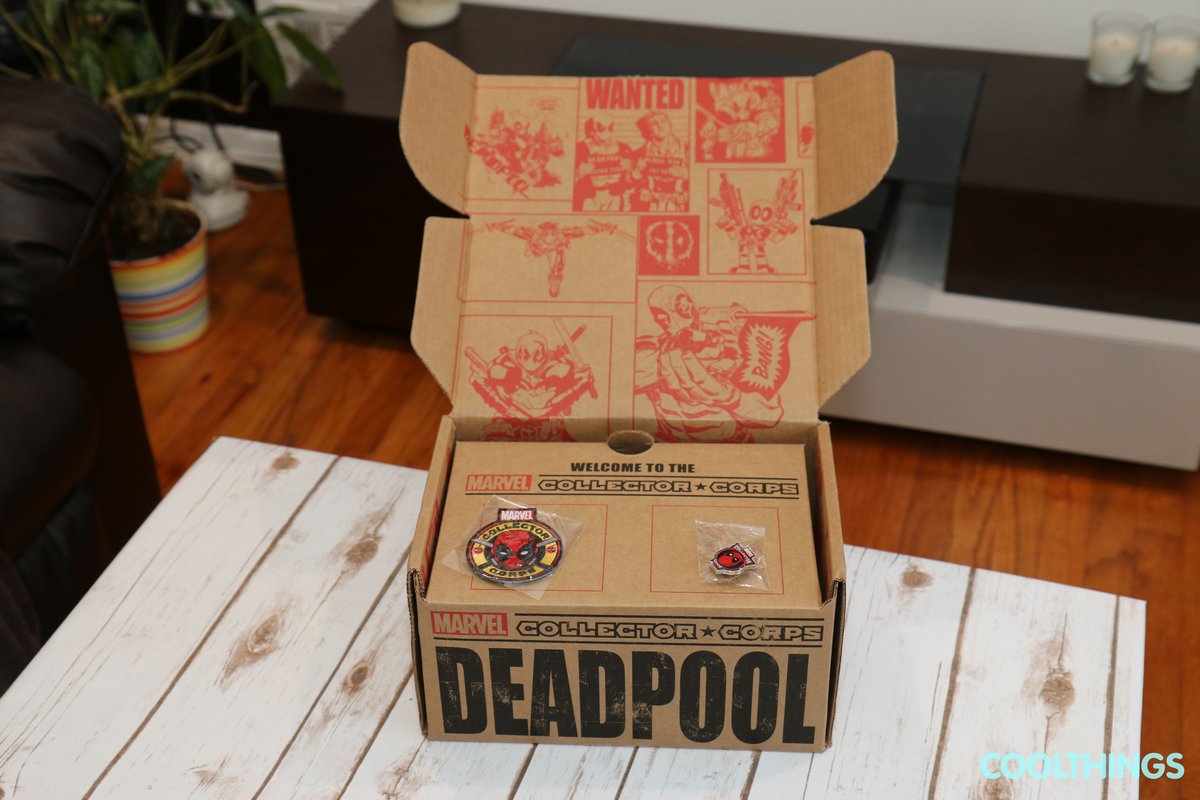 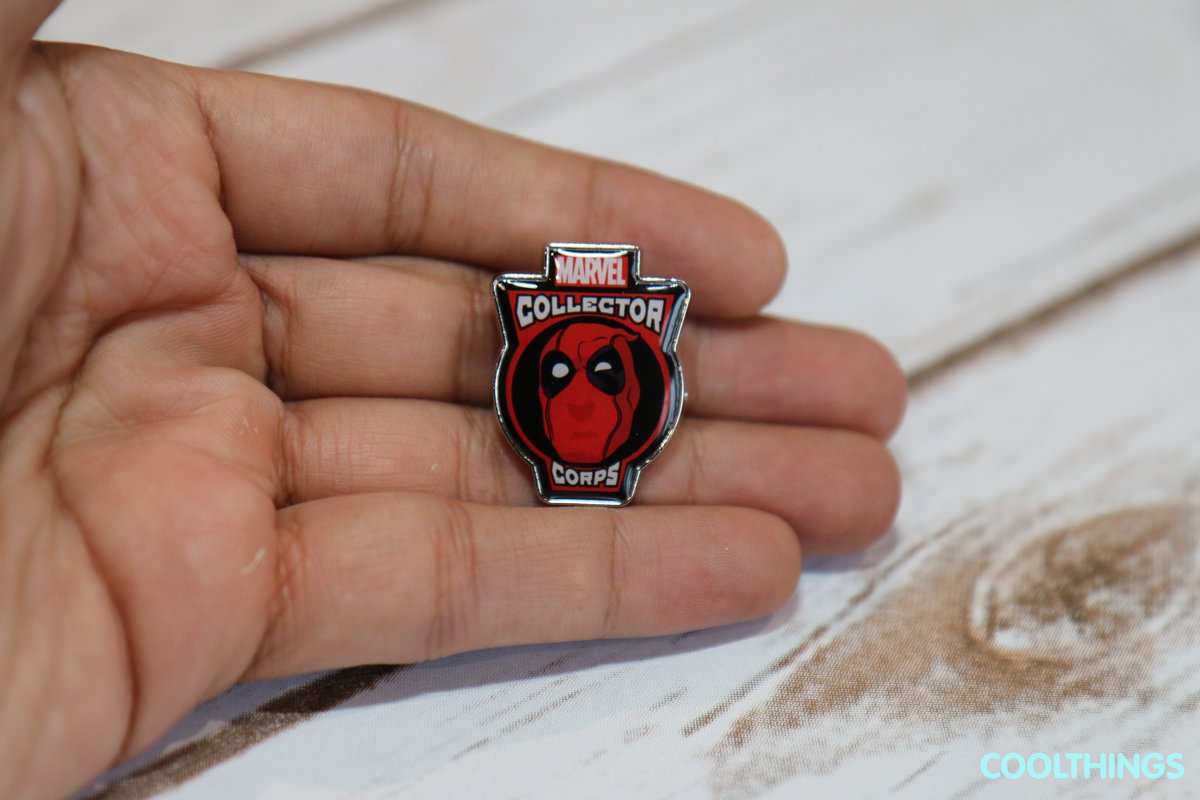 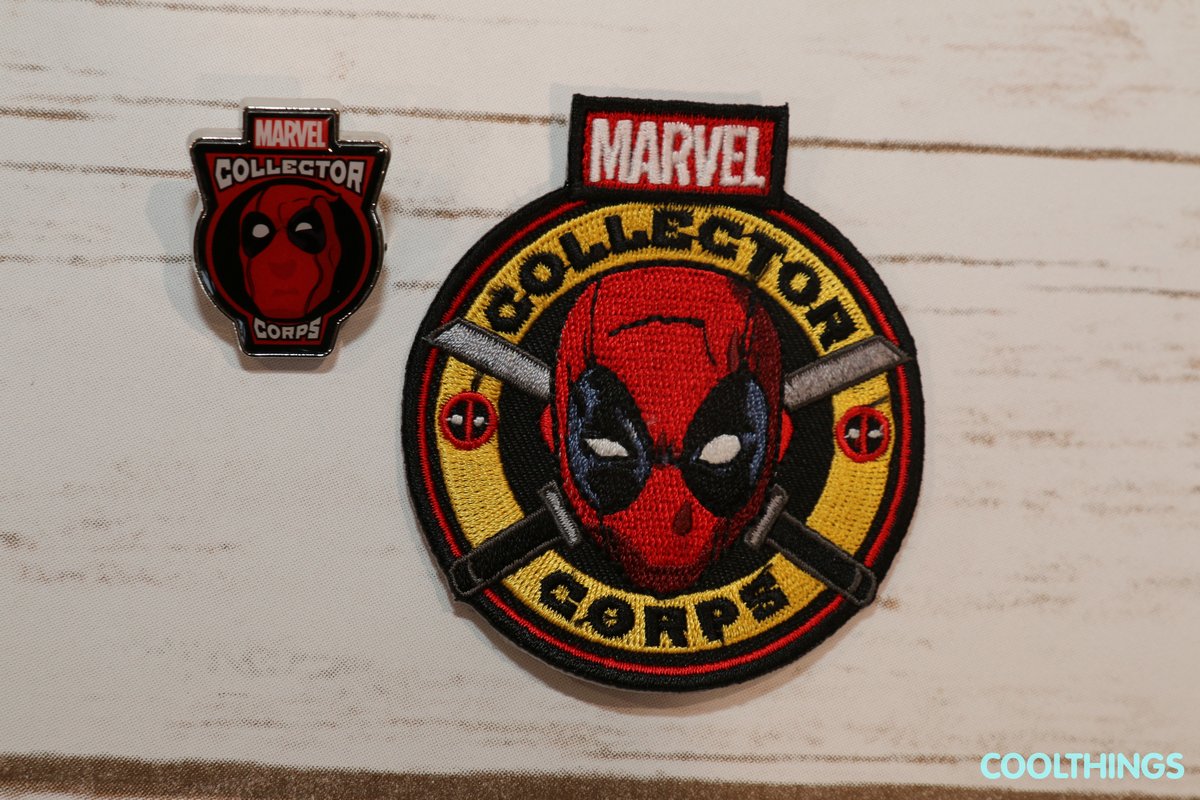 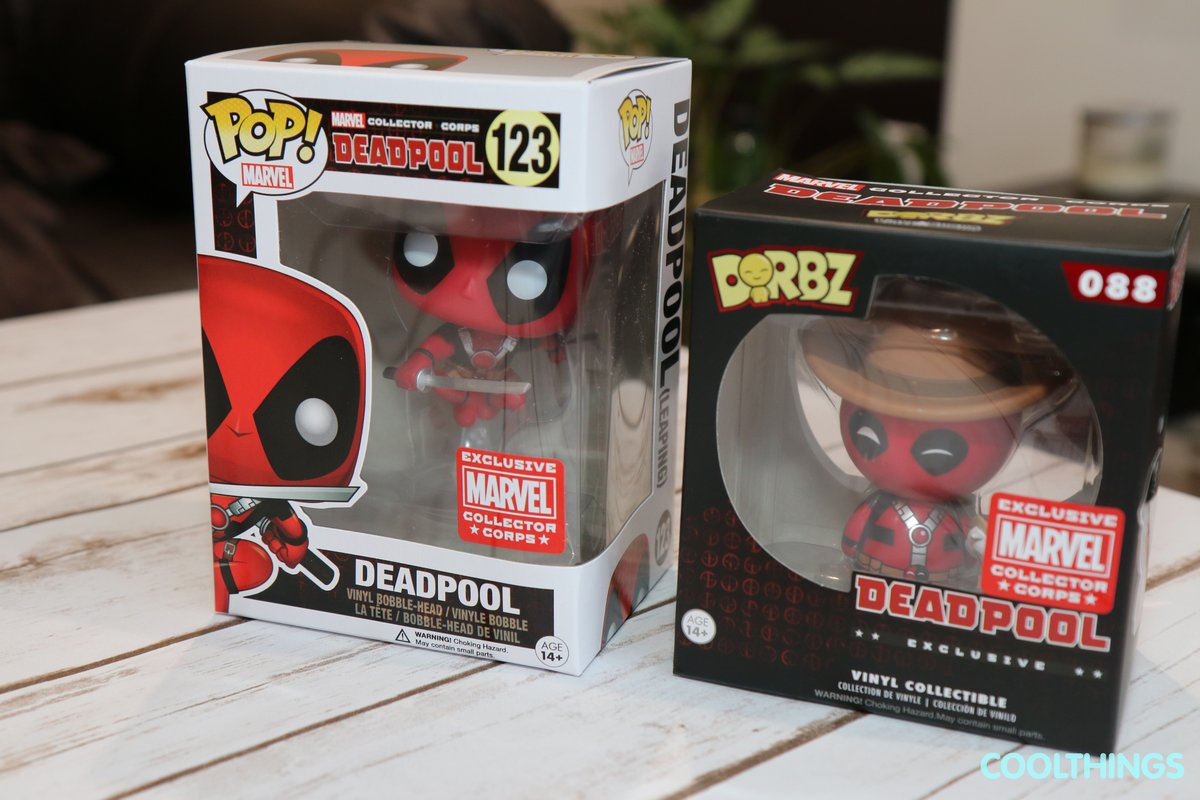 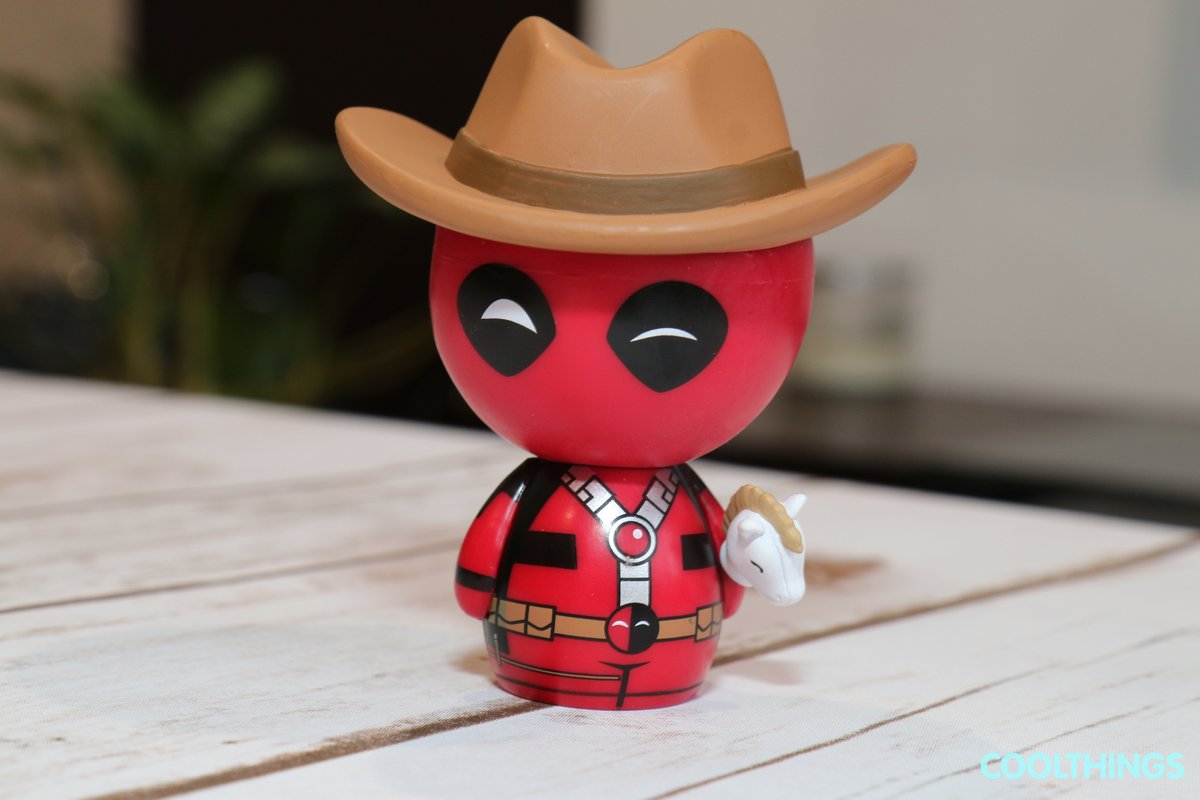 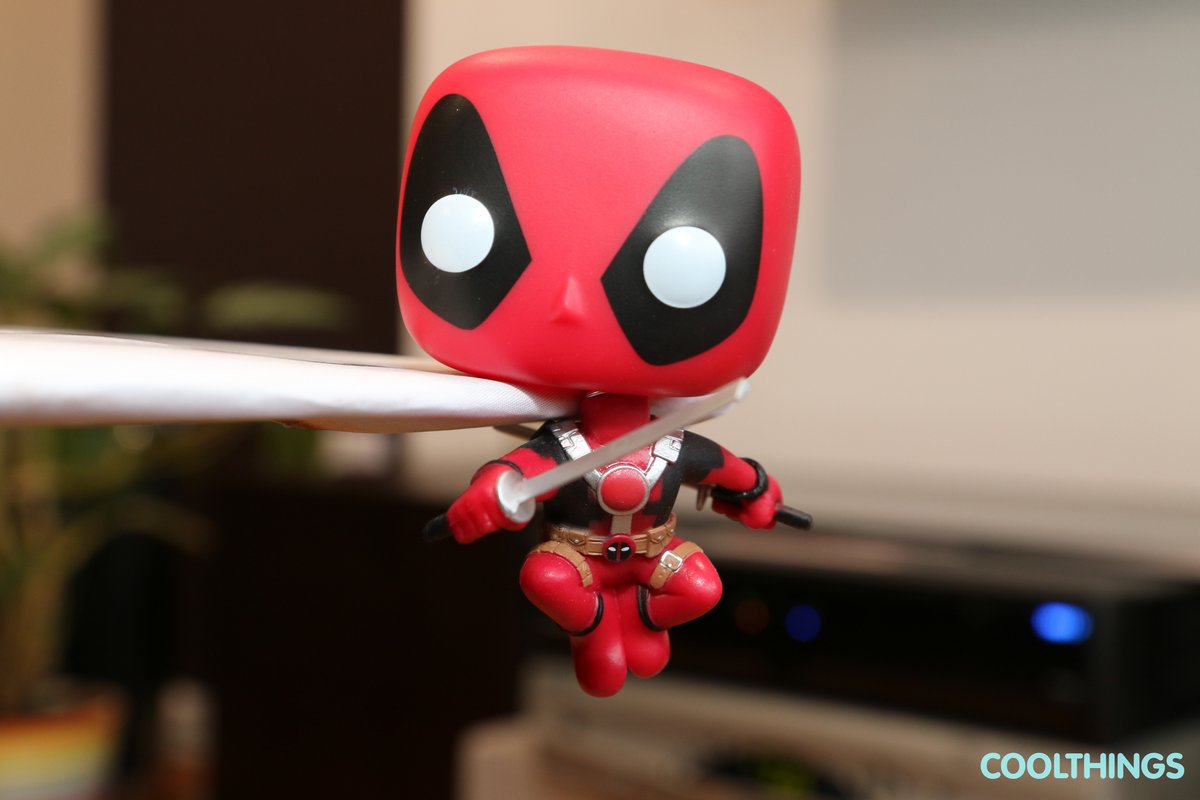 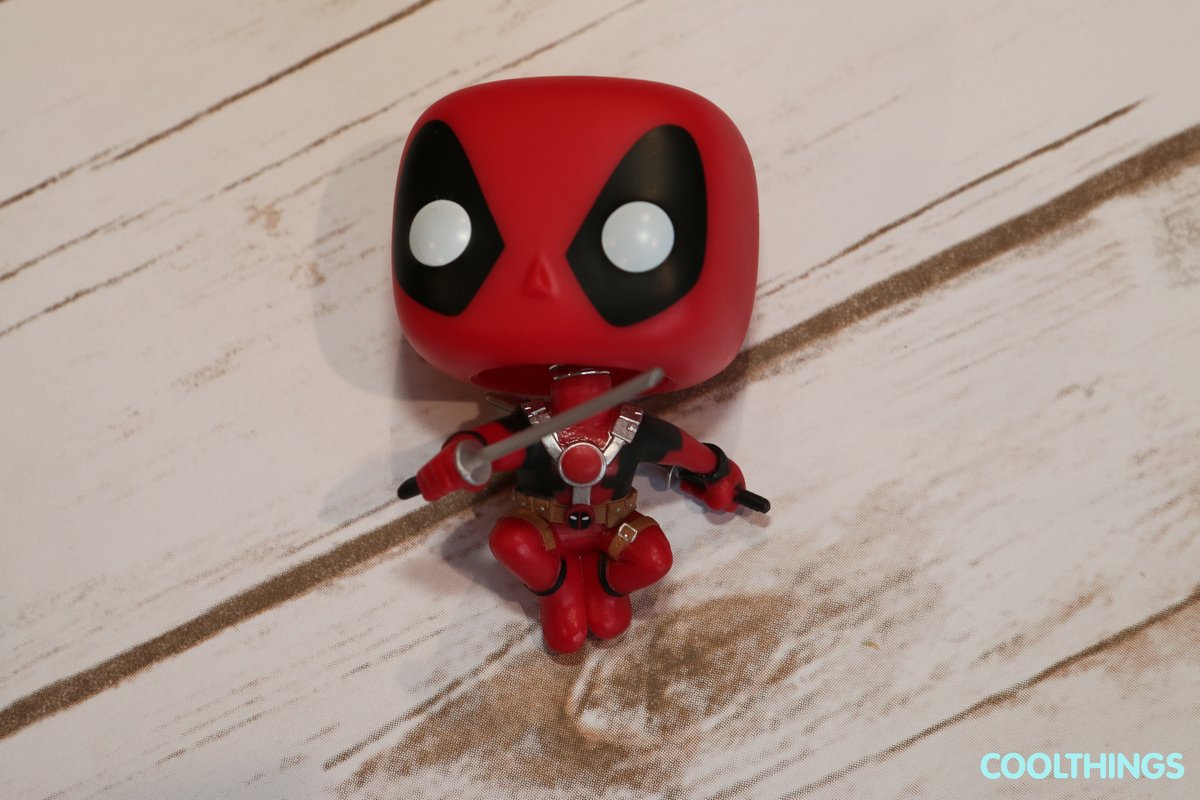 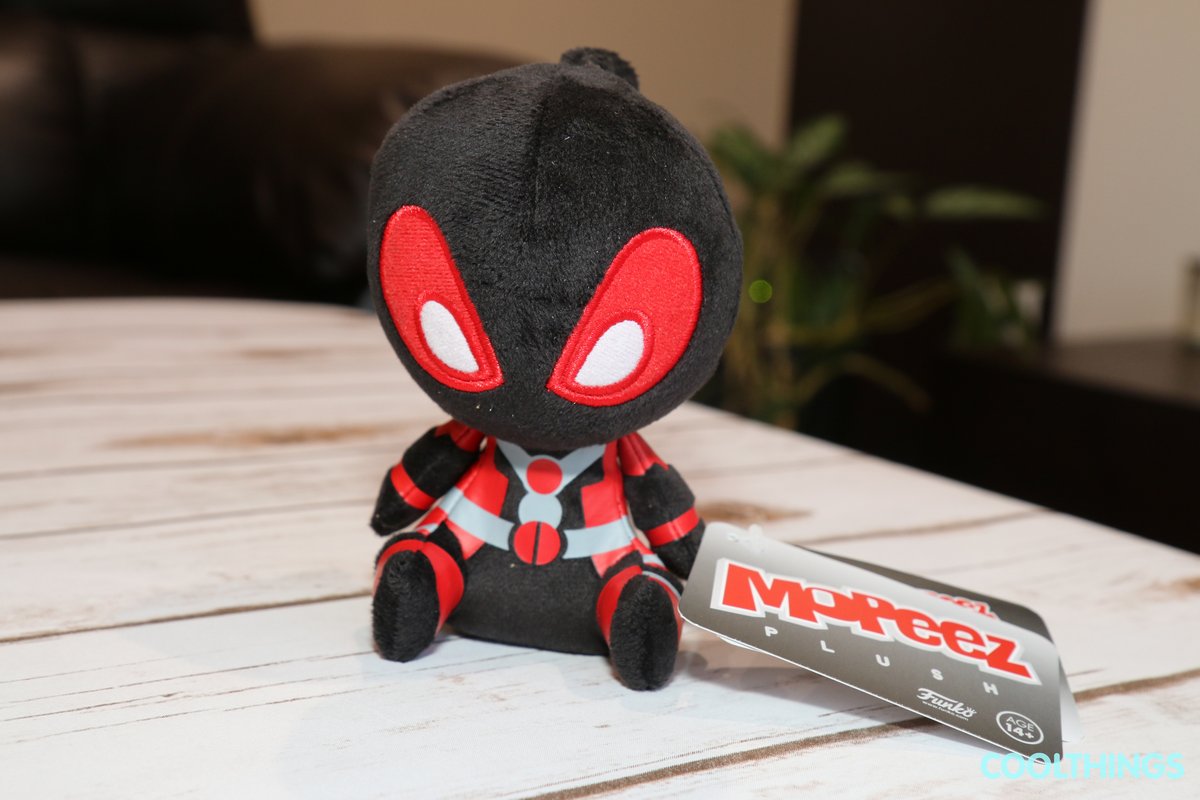 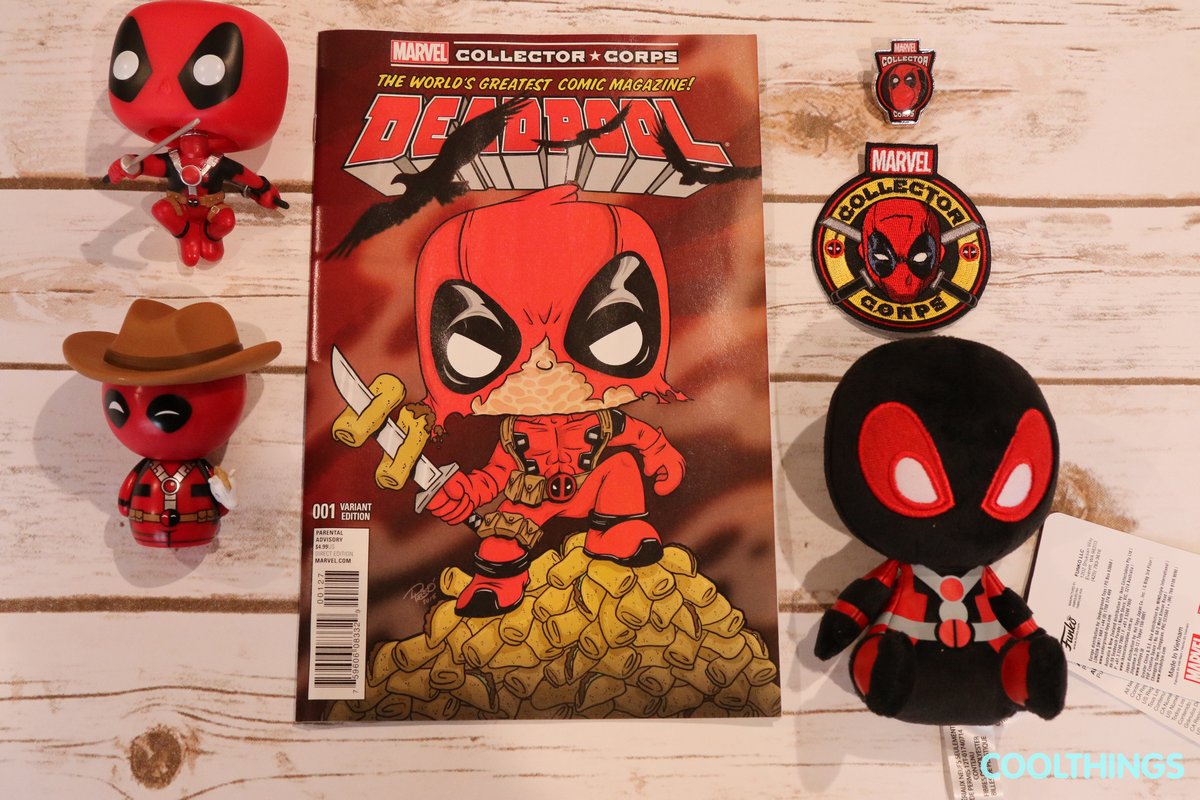 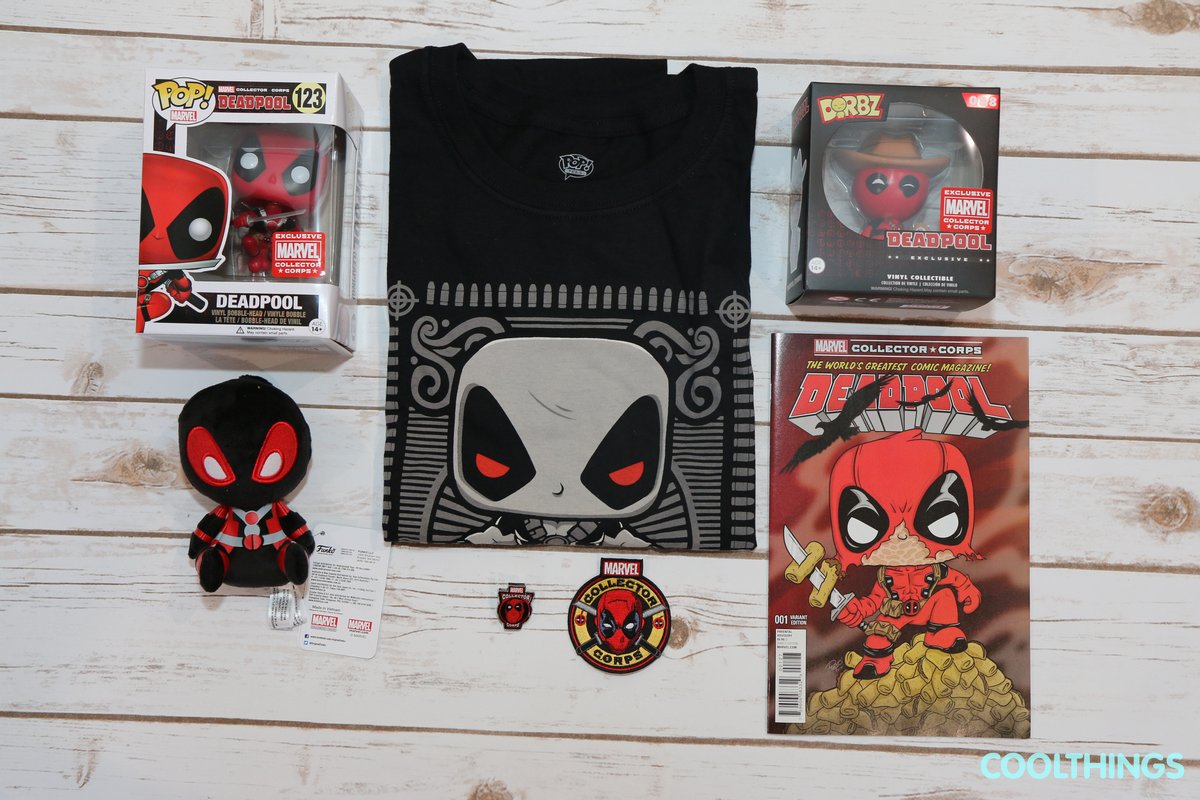 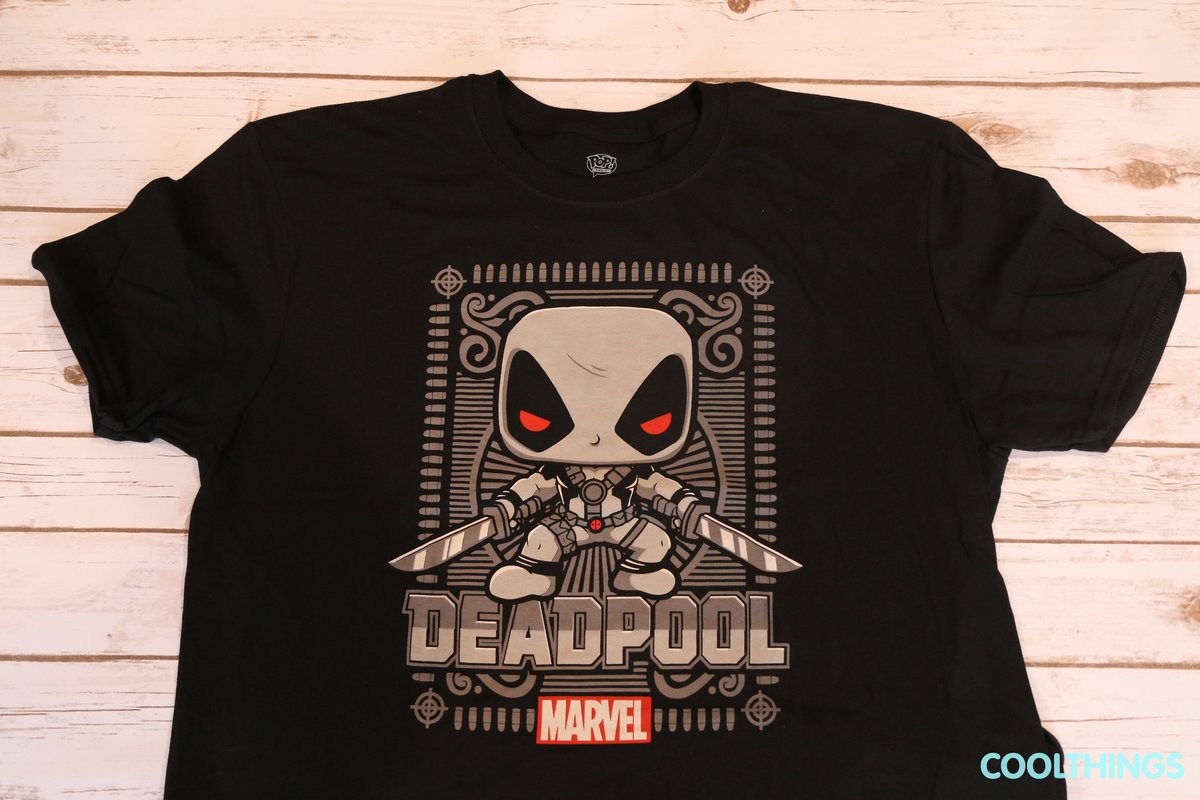