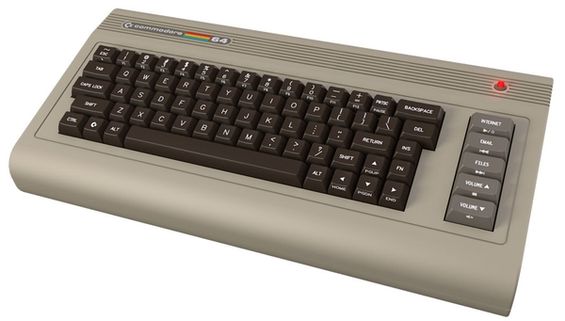 Nettops are decent home machines. A nettop computer inside a retro Commodore 64 keyboard PC case, however, ups the ante a great deal.  In the next couple of months, you can actually buy one direct from Commodore USA themselves.

Launched in a cross-promotion with Disney, the official announcement of the modernized machines coincide with the release of Tron Legacy on DVDs and Blu-rays.  What’s the connection? According to the company, both the original C64 and the original Tron came out 30 years ago, so we guess there’s some reasoning to that.

The new Commodore 64x keyboard PC adopts the same case design  as the original, complete with the thick shell and pudgy keys.  Innards, of course, have been modernized, with several configurations to choose from. The most expensive one, C64x Ultimate features a dual-core1.8GHz Intel Atom D525 processor, Nvidia ION2 graphics, 4GB of DDR2 RAM, a 1TB hard drive, a multi-card reader, WiFi, Bluetooth and Blu-ray drive, all tethered to a mini-ITX motherboard.

Each unit comes with a copy of Ubuntu 10.04 LTS operating system on disk, which you can install yourself.  They’re also promising a version of Commodore OS 1.0 that can run on the machine, complete with bundled software, that will be mailed to buyers upon availability.

While the Commodore 64x isn’t the kind of home PC most people will be drooling for, the throwback exterior should offer a sense of nostalgia few computers in the market can deliver.  Prices start at $295 for the Barebones configuration and top out at $895 for the Ultimate.