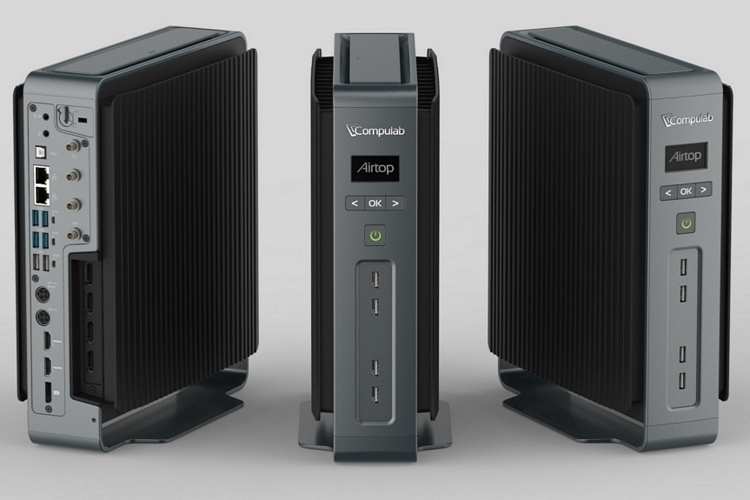 Fanless desktop PCs aren’t new. So far, though, we’ve only seen the design employed in compact computers that lacked the power to serve as powerful gaming PCs or movie-editing machines. That’s not the case with the Compulab Airtop, a new fanless PC that can handle high-end CPUs and full-size graphics cards.

Instead of using fans for cooling, the new desktop uses a 200-watt passive cooling mechanism that operates in complete silence. In the setup, the CPU and GPU are situated at opposite sides of the case, with each one individually cooled using a dual-layer array of flat pipes, which draws hot air from inside the case, then sends it out through an exit at the top. The cooling system contains no moving parts, allowing it to operate without any noise. 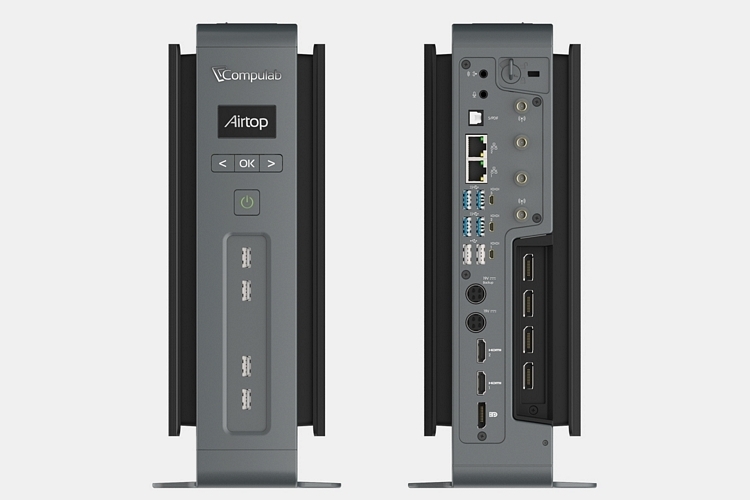 The Compulab Airtop comes in an all-aluminum PC case that measures 11.8 x 3.9 x 10 inches (h x w x d), making for a relatively compact tower that’s ideal for use both at homes and across offices. It comes in three configurations: Airtop-W, Airtop-G, and Airtop-S. Airtop-W is meant to function as a workstation, packing an Intel Xeon E3 CPU, Nvidia Quadro M4000 GPU, up to 32GB of RAM, and up to four storage slots (both HDDs and SSDs are supported). Airtop-G, on the other hand, is a high-powered gaming PC that packs an Intel Core i7 with a Nvidia GEForce GTX 950, while the Airtop-S server gets a Xeon E3, 32GB of RAM, four hard disks in a RAID configuration, and six gigabit Ethernet slots. 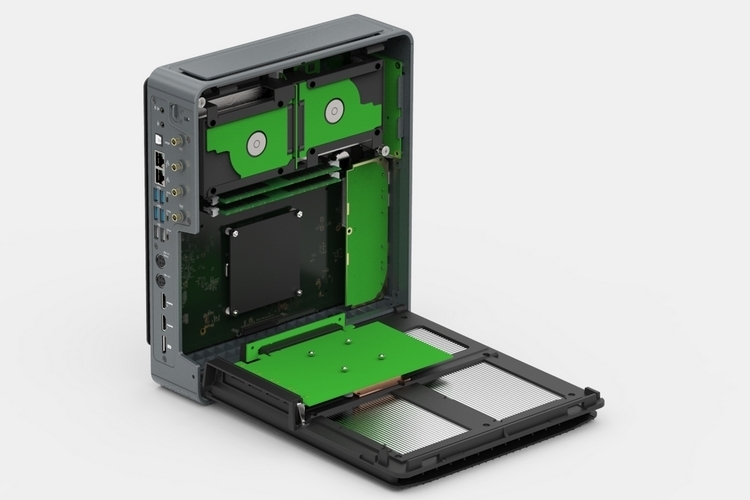 Now available for preorder with shipping slated to commence in the first quarter, pricing for the Compulab Airtop starts at $1,128.