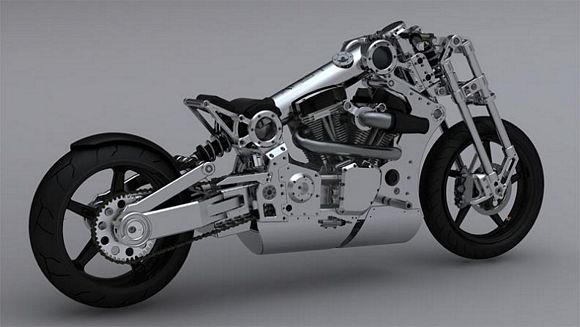 A Harley too conventional for you?  Wrap your thighs around luxury motorcycle maker Confederate Motor’s latest beast, the P120 Combat Edition Fighter, a futuristic-looking machine that’s gearing up to set the world speed record later this month.

Like the rest of the specialty company’s line of exclusive two-wheelers, the P120 features a cutting-edge design that looks straight out of a science fiction movie (like a sexier version of the motorcycle Terminators, actually).  Only one prototype exists today, a model they nicknamed “Arabic 01,” with a limited run of 24 more scheduled within the next two years (only two P120s will be hand-built each month). 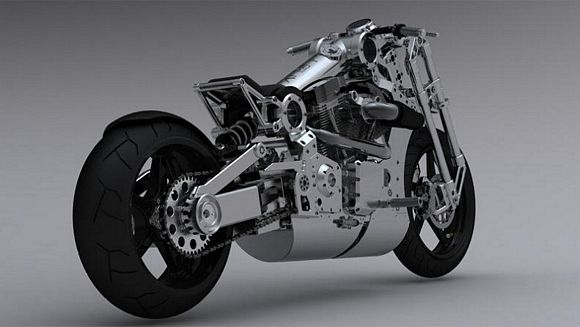 The 460-lb bike will run off a 1,966cc 120ci motor, which produces 145 ft/lbs of torque and 160 rear wheel horsepower.    Body is built with aircraft-grade aluminum and sports a monocoque backbone, with the fuel tank integrated within the frame.  Other details include a 5-speed gear setup, Brembo racing brakes and carbon-fiber wheels (19 inches at the front and 18 inches at the rear).

Scheduled to race at the 2009 BUB Speed Trials in Bonneville Salt Flats from August 30 to September 6, Confederate is looking to have the P120 billed as the fastest bike in the world.  With a beauty like this, I doubt you even need real speed – just roll into the front of any club and watch everyone drool with envy.  Those children and their Ducatis got nothing on you.

The limited-edition Confederate Motors P120 Combat Edition Fighter can be ordered now for $75,000.  Deliveries of two per month are set to begin in November on a first-come, first-served basis.