Contact Lenses And Eyeglasses With Digital Displays: Cheating In Exams Is About To Get Easier 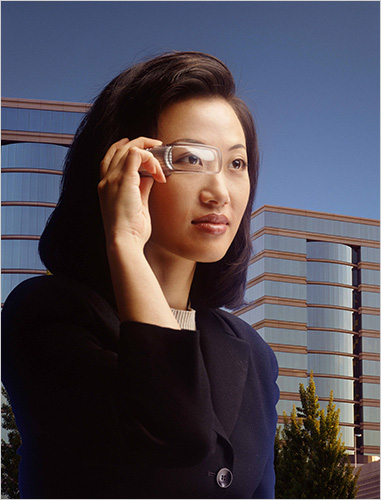 You’ve probably seen the current range of Vuzix sunglasses designed for viewing HDTV-equivalent displays as if you were watching it from across the living room.  The future’s looking even better with similar displays set to make their way into both regular-sized eyeglasses and contact lenses.  That’s right – cheating in exams is about to get a whole lot easier.

According to the New York Times, a number of companies and research groups are currently on a race to produce the first marketable display on regular eyewear.  The University of Washington in Seattle recently lifted the veils off their work on contact lenses with working integrated electronic displays, for instance.  Of course, that may prove a hard sell when took to market – I’m not sure anyone, at this point in time, will allow electronic components to stick right on the surface of their sensitive eyes.

Eyeglasses, on the other hand, are a whole other story.  Current display-fitted eyeglasses, such as those from SBG Labs, are now able to create full displays using a micro-projector and optics tucked away in the side of the frame.  According to SBG, the laser diodes from the projector shoot concentrated beams of light onto the eyeglass surface, where holographic gratings then steer it to the user’s eyes.

Currently in the prototype stage, possible pricing for the glasses is not yet determined.  SBG is looking towards avionic and military applications first, with the consumer market set to follow after that.