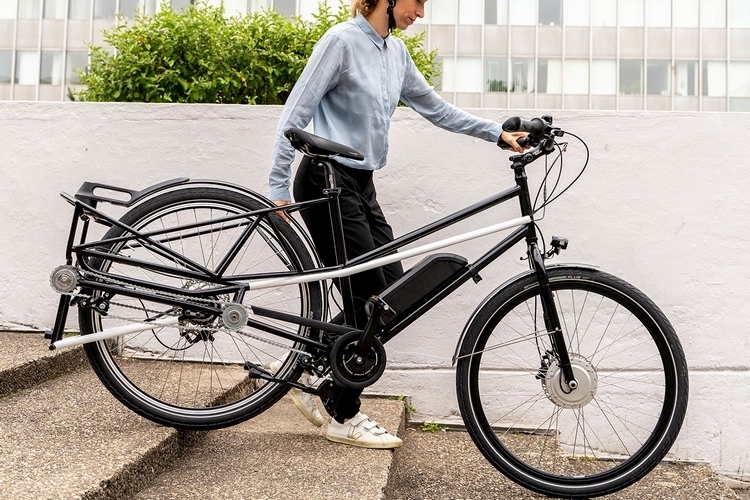 It looks like any regular e-bike. You know… the kind you can take for short rides around the city when you don’t want to deal with the hassles of parking or bumper-to-bumper traffic. Of course, the e-bike will not be the first option when you’re picking up supplies from Home Depot or groceries at Costco, since there’s no room in there for transporting a huge load. The Convercycle E-Bike makes the electric bicycle a viable cargo-carrying ride.

Billed as a “two in one city bike,” the electric two-wheeler has a convertible frame that can go from daily commuter to full-fledged cargo hauler by simply unfolding the bike’s rear section, essentially adding a large, low-mounted rack between the seat post and the rear wheel. That way, you can use it to carry large boxes, grocery bags, and a keg for your beer party, allowing you to turn an erstwhile commuter e-bike into a functional cargo box as the need arises. 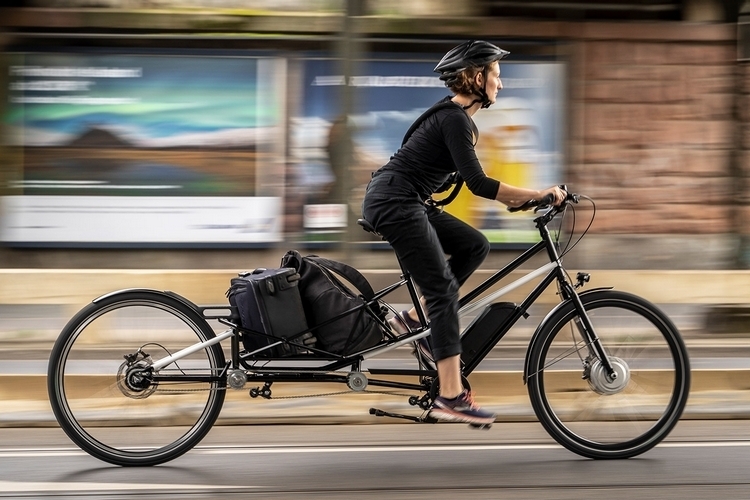 The Convercycle E-Bike has a frame that resembles a standard commuter e-bike. At least, it looks that way until you get to the rear, at which point you’ll notice an extra set of gears and a more elaborate frame structure. And it rides like any regular e-bike, with a locking bolt ensuring the frame doesn’t accidentally fold or unfold while you’re in the middle of a ride. Because of its regular commuter size, the bike can be taken inside apartment buildings, elevators, and even public transport with integrated bike compartments.

To turn it into a cargo bike, you simply open the locking bolts, turn them 90 degrees, raise the rear section of the bike, and kick the rear tire backwards, which moves the entire rear wheel behind the built-in rack and turns it into a functional cargo bike. That’s right, there are no screws to unlock or additional parts to attach like previous cargo bike conversions we’ve seen. It’s a really clever design that allows for quick and simple on-the-fly transformation without any hardware, with the locking bolts taking care of holding the frame in place. 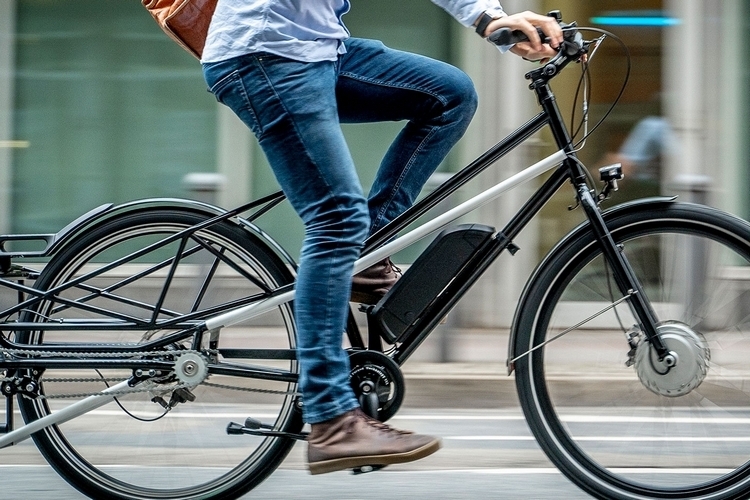 The Convercycle E-Bike’s cargo rack has a loading area of 15.7 x 23.6 inches, which should be large enough to secure multiple grocery bags, packaging boxes, and all sorts of other cargo. Since the rack is made up exposed frames, you can easily attach ropes and cables for keeping loose cargo in place, too, while the low height of the rack allows it to accommodate tall cargo without getting in the way. 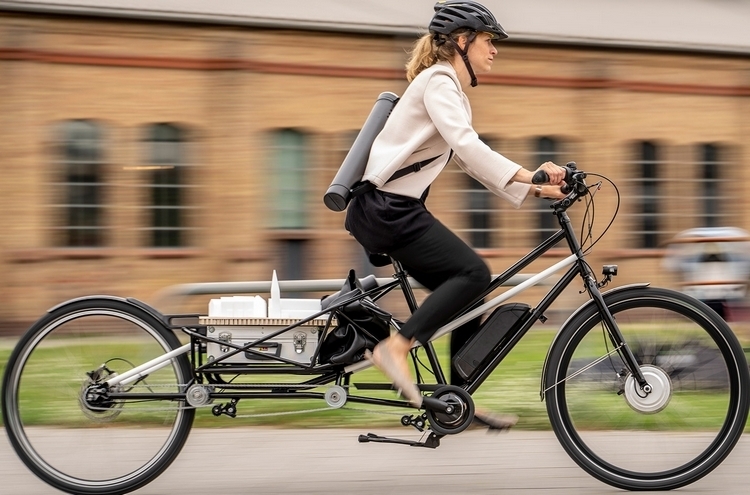 Since they use the rear wheel for the transforming action, they decided not to install the hub motor there. Instead, the 250-watt brushless hub motor is mounted out front, essentially pulling the rest of the bike forward, with a 36-volt removable battery on the downtube feeding it the necessary power. No word on max speed (we’re guessing it’s not that impressive), but the combo should keep the bike on pedal assist for up to 37 miles between charges. Other bike details include a maximum payload of 396 pounds, large 28-inch tires, hydraulic disc brakes front and rear, and an all-steel frame.

The Convercycle E-Bike is available now, priced at €3,799.