Enjoy Your Bacon Every Way Possible With These Bacon Kitchen Products 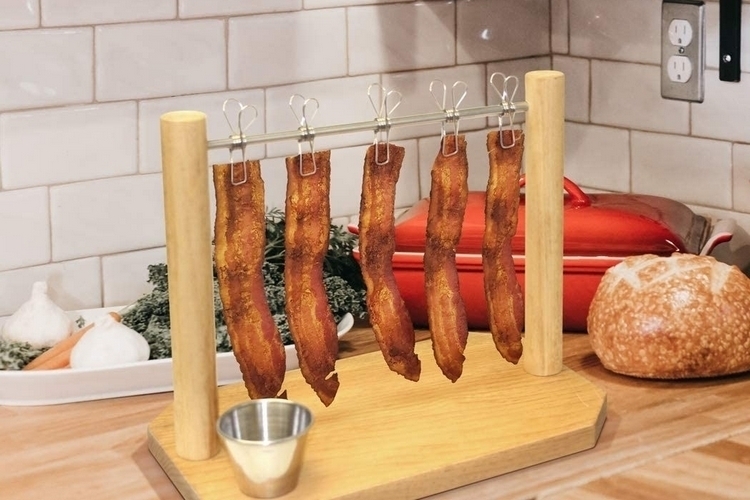 You love bacon. We love bacon. Everybody loves bacon. Whether you eat it with your breakfast, slap it inside your sandwiches, or mix it with various dishes throughout the day, those cured and smoked pig belly strips just tickle the taste buds in a special way all their own.

As much as we appreciate the comfort of bacon, eggs, and pancakes all cooked in a griddle every morning, that’s not the only way to enjoy these tasty pork slices. There are, in fact, a few options out there that will let you enjoy the fatty, salty strips in entirely different ways. 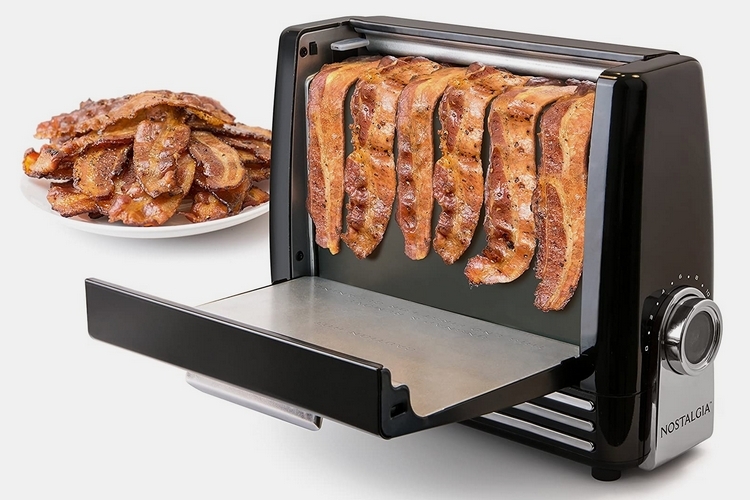 If you eat bread regularly, chances are, you have a countertop toaster for heating and browning your bread slices. And if you eat bacon with a similar frequency, why not have a similar dedicated appliance on the countertop? That’s the proposition behind the Bacon Express, a countertop device that can cook six strips of crispy bacon in one go as conveniently as a bread toaster. Just hang your bacon on the slots, set the timer, close the cover, and come back later once its ready to crumble in your mouth. 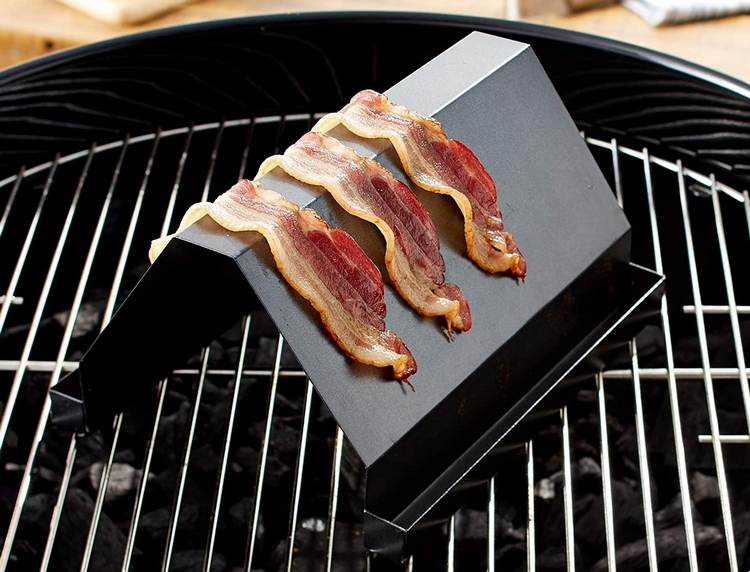 Ever get the hankering to cook some bacon while you char up some burgers, hotdogs, or steaks in the backyard grill? Instead of pulling out a pan and cooking bacon on the stovetop, just pull out this BBQ Bacon Rack, which lets you cook strips of bacon right on the same grates as your burgers, hotdogs, and steaks. It holds up to six strips, so you can cook a decent haul in one go, while trays on either side ensure oil from the pork fat doesn’t drip towards the fire and create a raging blaze. Do make sure you throw out the oil after every batch, as the darn things can accumulate and make moving the rack just a little tricky. 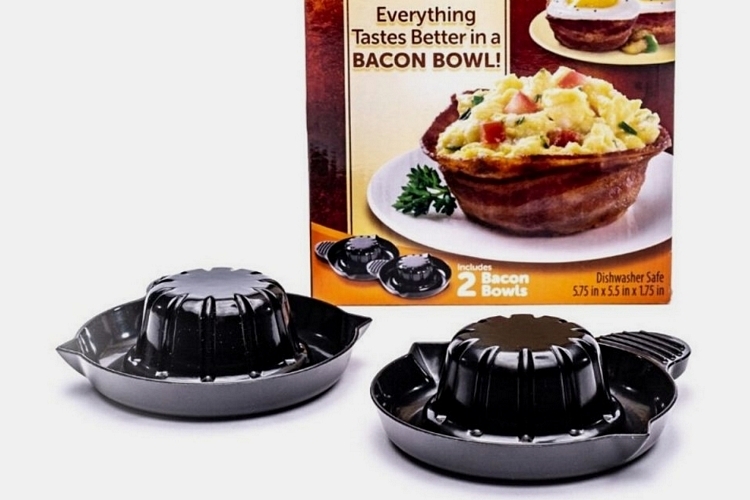 Instead of eating your food with bacon, this kitchen mold allows you to turn your bacon into a functional bowl that you can fill up with other food. Dump your scrambled eggs on there and enjoy a familiar bacon breakfast in an entirely new way. You can pour some creamy soup, throw in a scoop of mashed potato, or even toss in some chopped salad, so you can finish off your healthy salad lunch with some savory, meaty goodness. Do note, it’s not the easiest thing to use, as it requires a bit of trial and error to get a proper bowl done, but it’s such a rewarding thing to figure out as it lets you use bacon in a whole new set of ways. 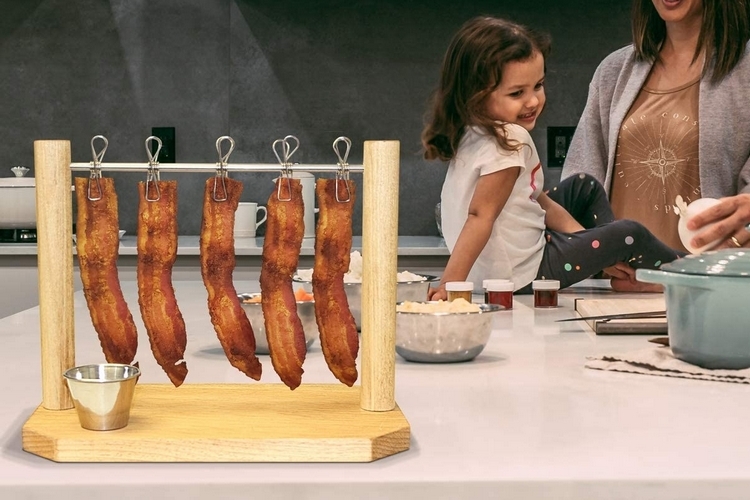 Designed to offer a more interesting way of serving bacon, this thing lets you hang your greasy pork strips in a miniature clothesline. That way, you can admire your savory sliced pig belly as it dangles in the air before plucking one out to pop in your mouth. Does it make bacon taste better? Probably not. Does it look ridiculous? Absolutely, making it the perfect ridiculous accessory for your ridiculous love of bacon.

Back Bay Dining Bacon Clothesline (Set of 5) -...
Buy on Amazon 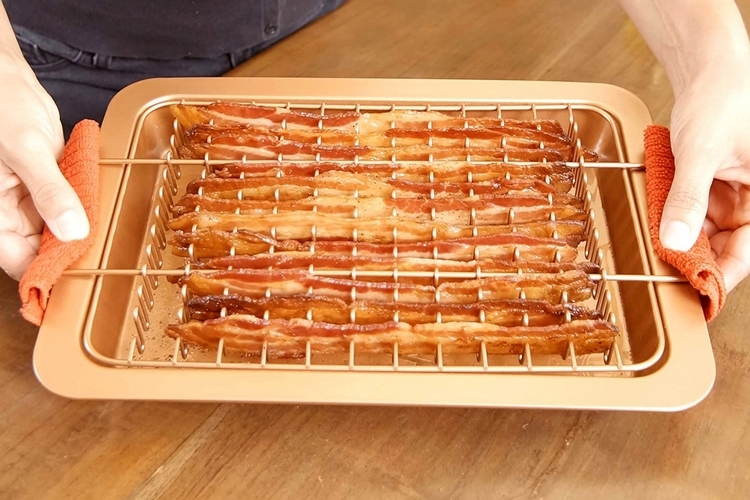 They say cooking bacon in an oven is healthier than a griddle, so if you’re feeling guilty about frying up too much of the good stuff, you might want to switch to oven cooking instead. This rack-and-tray combo lets you neatly line up a dozen strips of bacon for cooking in the oven, with all its juicy fat dripping into the tray and separating your pork belly from the grease the whole way through. 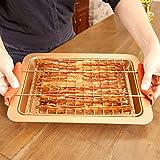 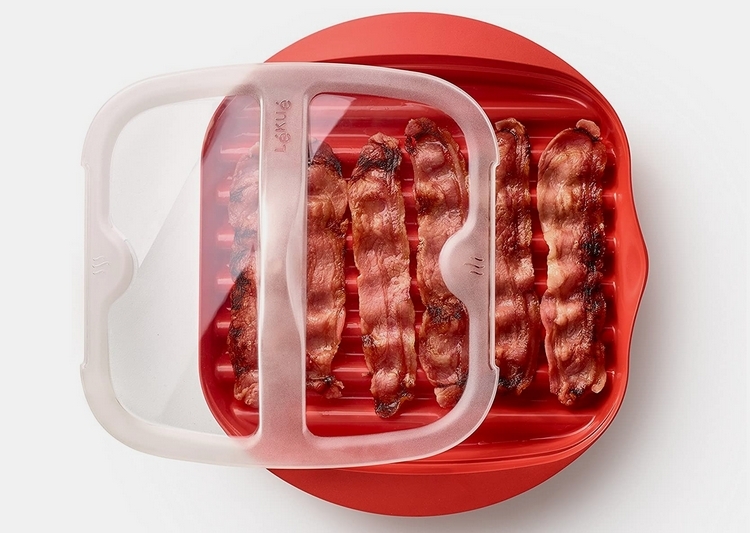 Sometimes, you don’t want to deal with the mess that cooking bacon in stovetops and ovens bring your way. Billed as the “cleanest way to cook bacon in the microwave,” this cookware uses a tray with deep grooves to drain the fat away, while a lid cover prevents the usual splatter that occurs when you’re cooking bacon any other way. The lid is transparent, so you can check on the cooking progress with just a quick glance, while an integrated spout makes it easy to drain the grease straight to your jar. According to Lekue, it can fit up to six strips of bacon, which it can cook to a delicious crisp in just around three minutes. 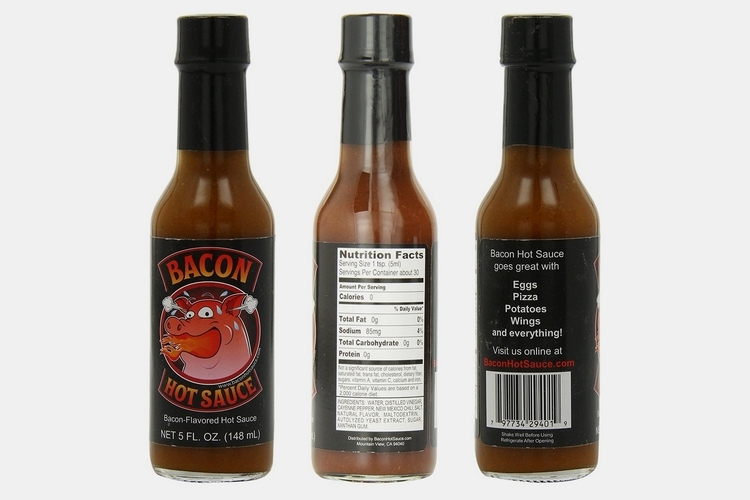 You spent the last month eating plenty of bacon and you’ve come to the conclusion that you’ve eaten too much. So now, you vow not to take another bite until the next week. Problem is, you’ve already spent the last three days abstaining from your favorite savory treat and find yourself hard-pressed to keep forging on. Maybe you can assuage the craving with this bacon-flavored hot sauce, which lets you dress everything you eat with a subtle hint of bacon’s salty, sweet, and umami sensations, along with a pleasantly peppery heat. 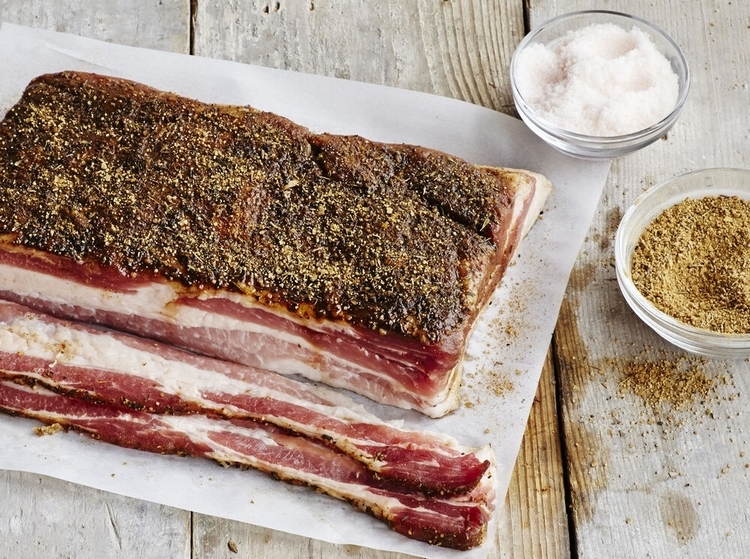 Tired of buying supermarket bacon and want to venture into making your own? Make the process just a little easier with this DIY kit that contains all the ingredients required to season and cure your pork belly into delicious maple-cured bacon. Granted, you’ll have to do everything yourself, from mixing the spices and curing the whole thing in the fridge to smoking the cured pork belly and slicing it up into fine bacon strips. The kit, though, should help ease the trouble of locating all the individual ingredients on your own. 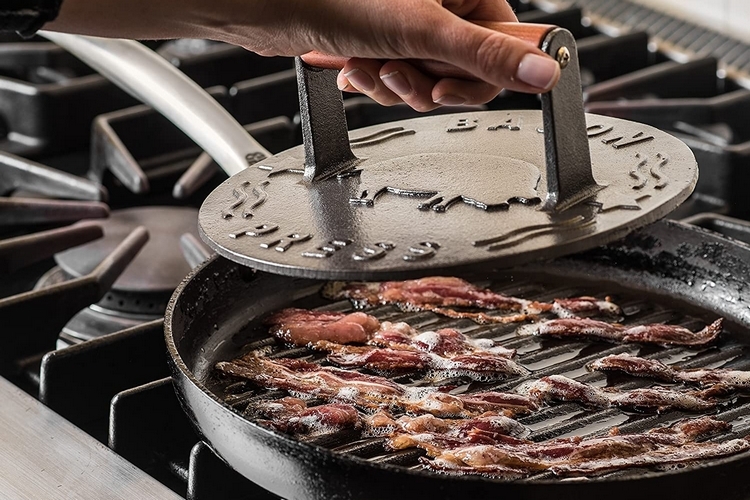 If you have tried cooking bacon in ovens, microwaves, and grills, only to come to the conclusion that nothing beats frying the darn thing up in a griddle, you may want to add this 8.75-inch diameter cast iron press to your cooking arsenal to keep that bacon flat and evenly-heated at all times. You can also use it for burgers, pork chops, and any other meats that require pressing, so it can do a lot more than assist in your predilections for cured and smoked pork belly.