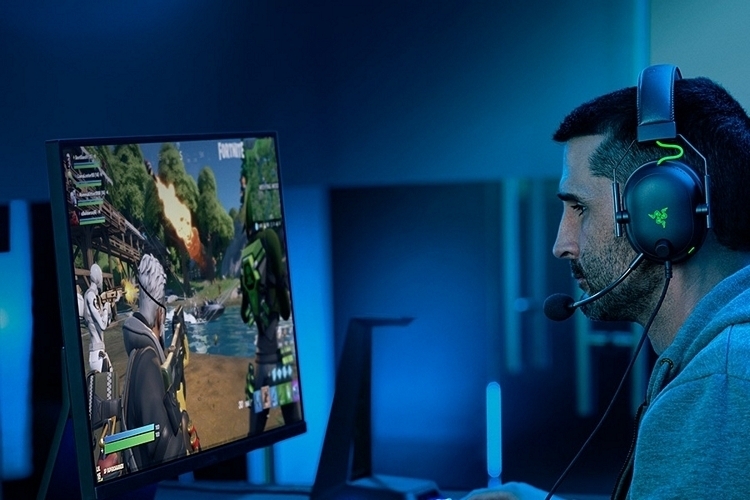 They may spend the better part of the day mashing buttons on a controller or raging with a mouse in their hand, but gamers do take time off from their favorite virtual adventures to celebrate the holidays, too. And yes, they enjoy gifts just like the rest of us.

While there’s no one-size-fits-all gift for every stripe of gaming enthusiast out there, this list covers a wide enough range of options that should help you find an appropriate gift for any type of gamer in your shopping list, from Nintendo loyalists and retro gaming fans to console diehards and card-carrying members of the PC master race. We skipped on giving suggestions for specific games on the list, by the way, as it’s hard to know what games they don’t own and want to have without peeping their wish list on Steam, PSN, or wherever else they get their games. We suggest doing just that if you want to buy a physical game as a gift. 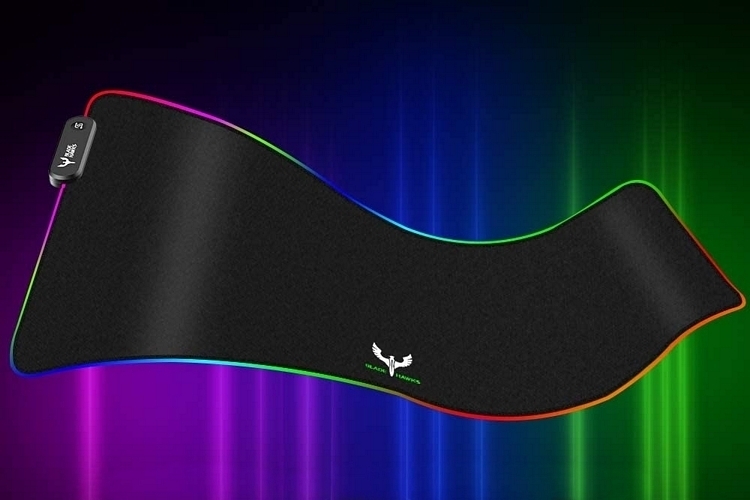 There’s hundreds, if not thousands, of options in oversized mousepads out there, some a lot fancier than others. Truth be told, though, you don’t need much – just one with a non-slip rubber base and a textured surface for precision mouse control. Everything else is just gravy. This highly affordable mouse pad has both of those, along with a large size of 31.5 x 12 inches (width x depth) and built-in RGB lighting. That’s right, RGB lighting… on a mousepad… what a time to be alive. The RGB lighting comes with seven static modes and three dynamic modes, although you’ll need a spare USB slot to power the whole thing. It’s the kind of gift that looks more expensive than it really is. 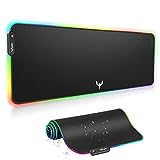 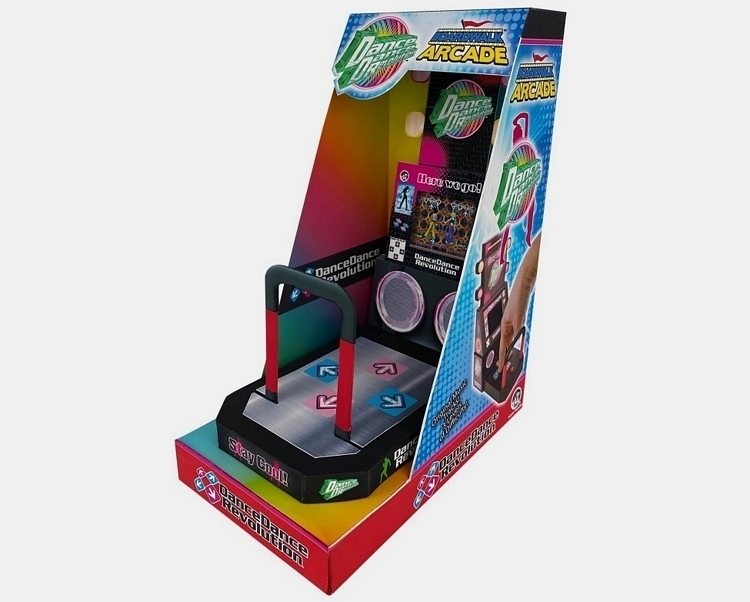 For that aging gamer who once ruled the DDR machine on the arcade hall, this working miniature replica of the classic arcade staple lets them relive that misspent youth. Since an aging body won’t be able to keep up with the high-action demands of the original game, this recreation only requires players to dance with their fingers instead of their feet, allowing gamers who have since lost a step to still keep things competitive. It only comes with three songs, by the way, so it won’t quite keep you enthralled day after day the way the original did. Still, it’s a nice game to pull out every now and then, especially when you get nostalgic about games of yore. 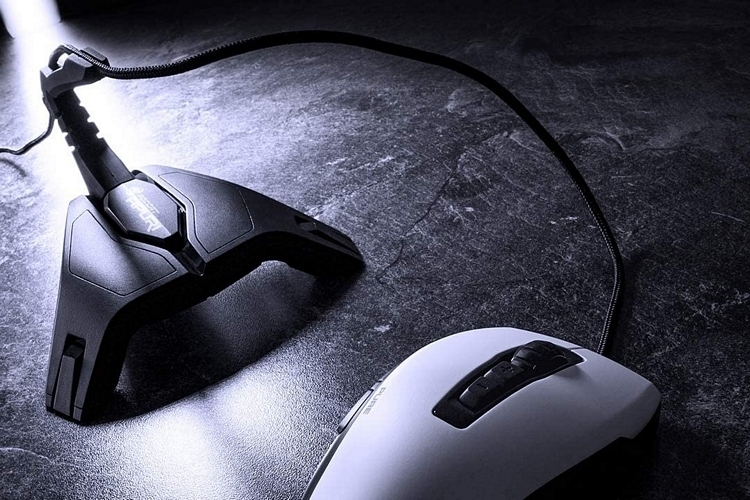 No, you don’t need a bungee to play PC games with a wired gaming mouse. If you ever notice yourself having to reposition a cable in the middle of the game, though, then you know it doesn’t always stay where you want it to be. This accessory changes that, keeping your mouse cable right where you want it to stay at all times, so it never bothers you in the middle of an intense team fight. We’re particularly fond of this model from ROCCAT, with its sci-fi styling, integrated metal weights (with room to add more, if you want), and rubberized feet. 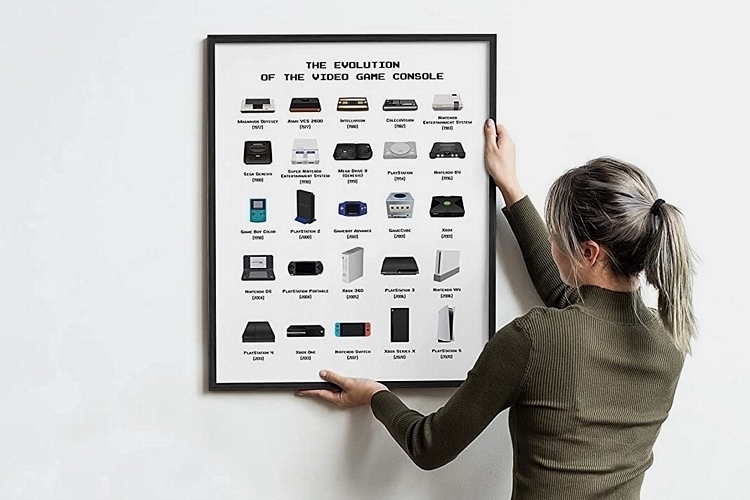 For the gamer with a large empty wall in their home, this framed print makes for a fitting décor to fill up that blank space. This illustrated print depicts 25 different game consoles that came out from 1972 to 2020, laid out in chronological order, from the first commercial home game console, the Magnavox Odyssey, to the PS5 and Xbox Series X that both came out last year. 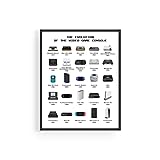 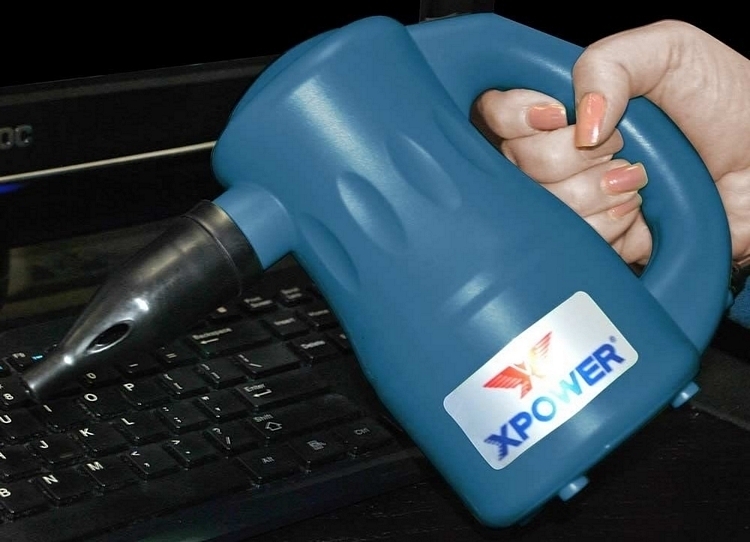 For the gamer who plays in a veritable pigsty, this motorized air blower offers the quickest way to remove all the crumbs, dust, and whatever other gross stuff lie between the cracks of their gaming setup. Use it to quickly clean those cracks between the keyboard keys, the dust-covered components of your tower PC, and everything else that you deem worthy of cleaning up for a change. It comes with six interchangeable nozzles for fitting inside tight openings, with two air speeds and a removable filter that you can even clean instead of outright replacing every time. 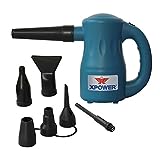 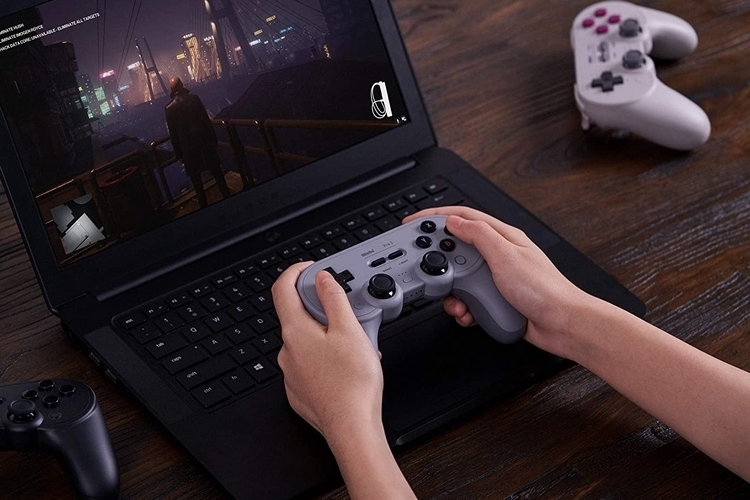 Even if they prefer gaming with a mouse-and-keyboard, any gamer can appreciate a good Bluetooth controller. Fact is, not every game works best with a mouse-and-keyboard setup and having a controller on hand is a great way to change up an otherwise mediocre gaming experience. This gamepad from 8BitDo has all the elements found in modern controllers, from two analog sticks and a D-pad to four action buttons and two shoulder buttons to a pair of shoulder triggers and even paddles in the back. It has a six-axis motion sensor, customizable hair triggers, customizable vibration, and even a small memory to hold three custom profiles for switching on the fly. Even better, it works on PCs, Macs, Androids, iOS devices, and the Nintendo Switch, so it covers a wide gamut of people’s gaming habits. 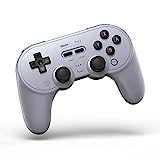 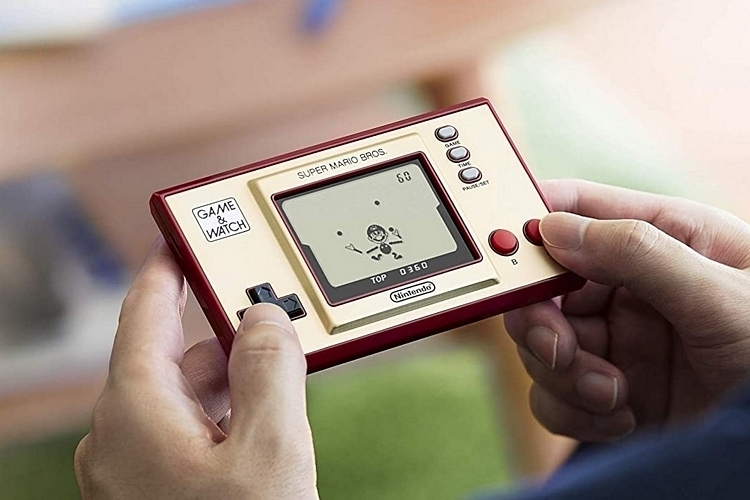 Here’s a simple truth: every Nintendo fan has already played the original Super Mario Bros game and own multiple copies of the game across different consoles. Here’s another simple truth: they wouldn’t mind getting another one. So, here it is, the original Mario game in Nintendo’s 80s-era handheld game device, allowing Nintendo fanboys to enjoy the classic title like a first grader in 1982. Arguably, one of the best retro gaming gifts you can give this season. 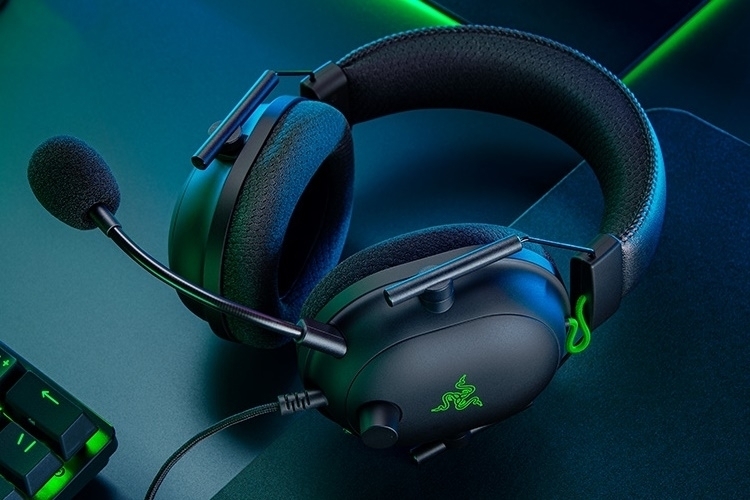 This is, hands down, the best gaming headset you can get at this price point. Heck, it’s probably one of the best you can find at any price point. Equipped with the outfit’s 50mm titanium drivers, it delivers a sound that keeps the bass, mid, and treble clearly separated, bringing an aural clarity that you only expect to hear from much more expensive cans. You can even tune the sound using the outfit’s robust Razer Synapse software, which comes with the option for THX Spatial Audio, so you can better locate the direction every sound is coming from. It comes with a removable cardioid mic, cushioned ear caps with cooling gel, and even a USB sound card that you can tweak via the software to really enhance your voice output. 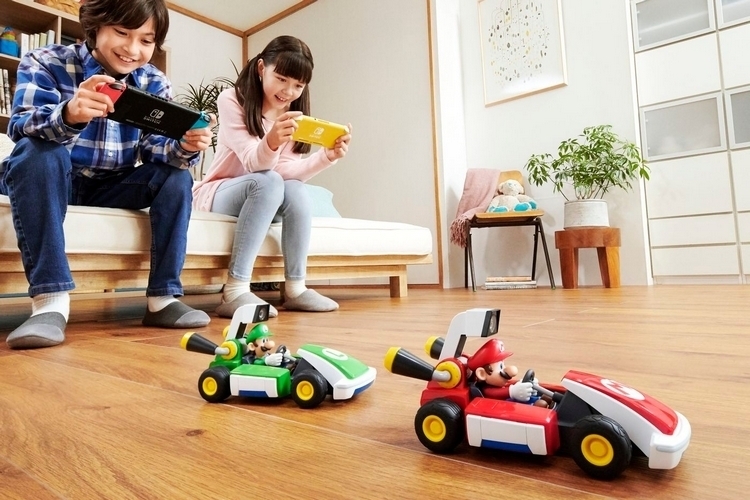 For the peeps who can’t get enough of Mario Kart, this set gives you an IRL car with Mario in the driver’s seat that you can race around a physical course that you set up using the included gates. Instead of simply racing it around the track, though, it’s an AR game that works in conjunction with the Nintendo Switch, allowing you to see the car in-game, along with the course you set up, albeit with the course looking way more elaborate than your actual physical setup, as the game jazzes it up with fancy landscapes and wild obstacles. It’s a whole new way to play one of the most popular racing games around and it makes for a whole load of fun. 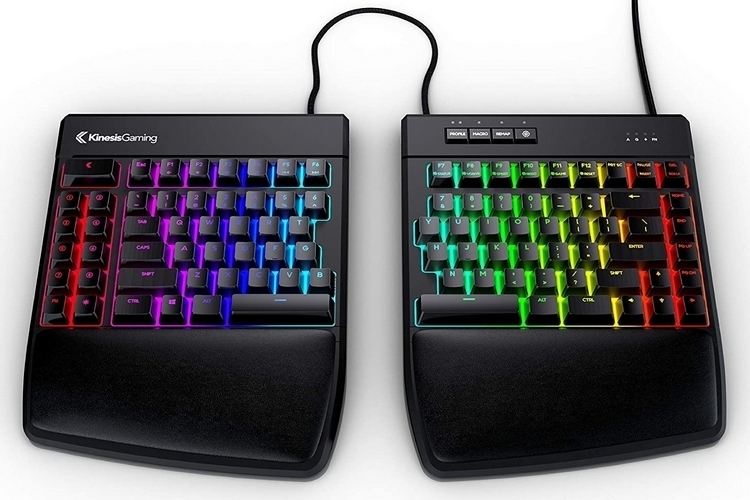 Ergonomics is a word thrown around any time there’s talk of gaming keyboards. If you want real ergonomics, though, it’s hard to beat a split-type design, which gives you full control over the angle of your wrists, a stark contrast to the inward crooking angle they tend to take when using a traditional keyboard. This tenkeyless model boasts Cherry MX mechanical switches (we prefer the Red), 95 fully programmable keys, cushioned palm support on both sides, and 16.8M-color RGB lighting with 10 customizable effects. 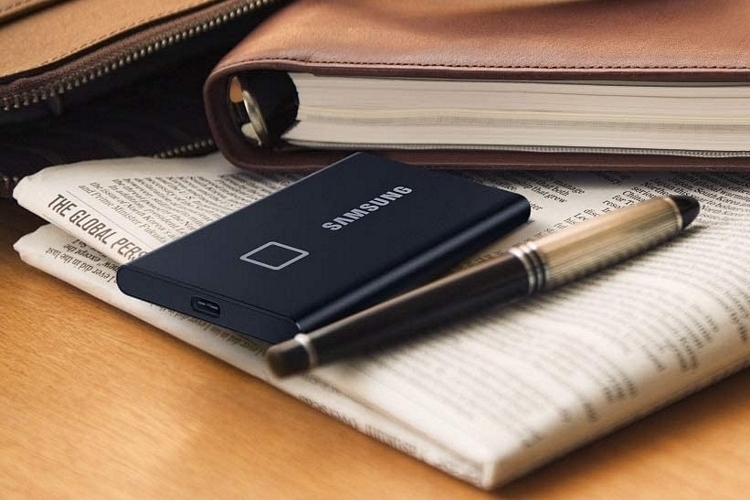 Whether they’re on a PC, an Xbox Series X, or a PS5, every gamer can always use additional storage, especially with the ridiculous file sizes games are coming in these days. This portable SSD from Samsung gives gamers up to 2TB of additional storage, which should be large enough to fit a bunch of new AAA games that your built-in drives just won’t be able to accommodate anymore. It’s not the most thrilling gift to get, but it’s that one gift they’re guaranteed to use from now until the darn things conk out. 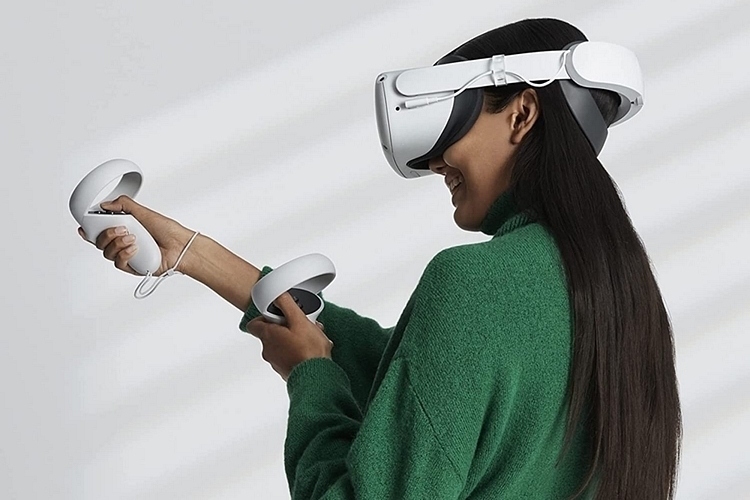 For the gamer who’s ready to take the VR leap, the Quest 2 offers one of the best options in the space. Not only does it offer one of the highest-resolution displays you can get in the space, it also allows you to run virtual experiences right on the headset, with no need to hook up to a PC. Of course, if you want to play resource-intensive games, it can also hook up to your computer via Oculus Link, giving you access to the full breadth of virtual reality content out there.