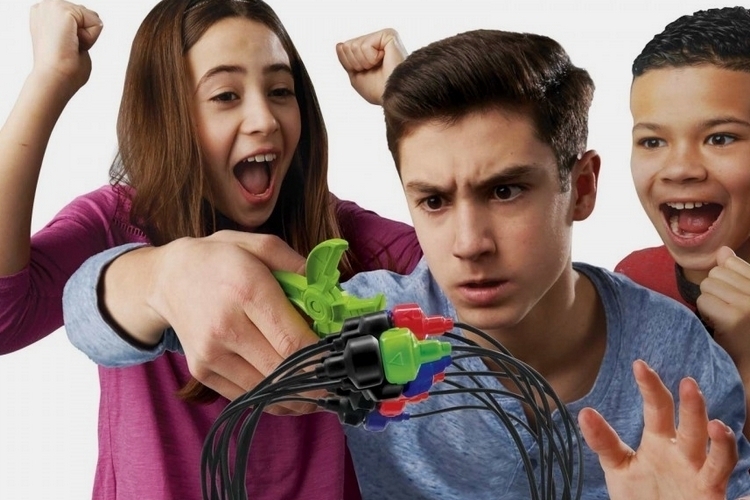 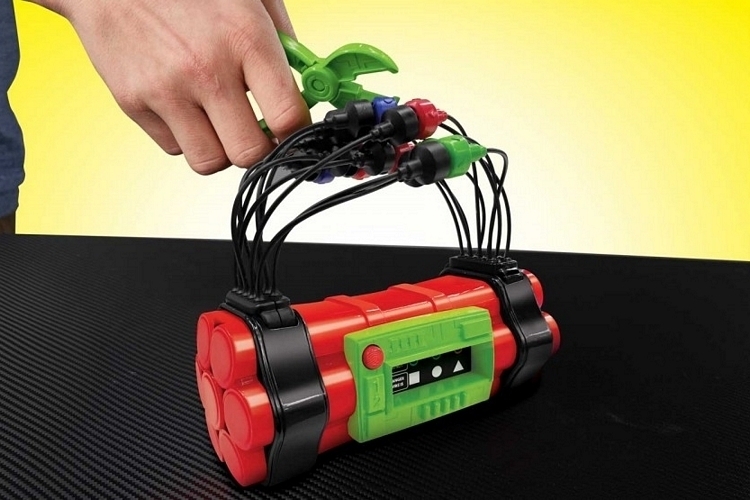 You know those movie scenes where the heroes defuse the bomb by choosing which of the many exposed cables they have to cut? Well, you can stage your own tense bomb-disarming scene with this new toy, which randomly assigns which cable will trigger the bomb and which one will defuse it (the rest of the wires are all duds), so you can take turns with other players to see which one can make the right pick and save the day. During your turn, you can press a button to trigger a clue, which shows up onscreen for just five seconds before disappearing (make sure the other players can’t see your clue, lest give them an unfair advantage for their next turn). It can be played by two to 10 players, with each game lasting for up to 10 minutes. No word on whether there’s an actual loud exploding sound, although we’re definitely hoping there is. 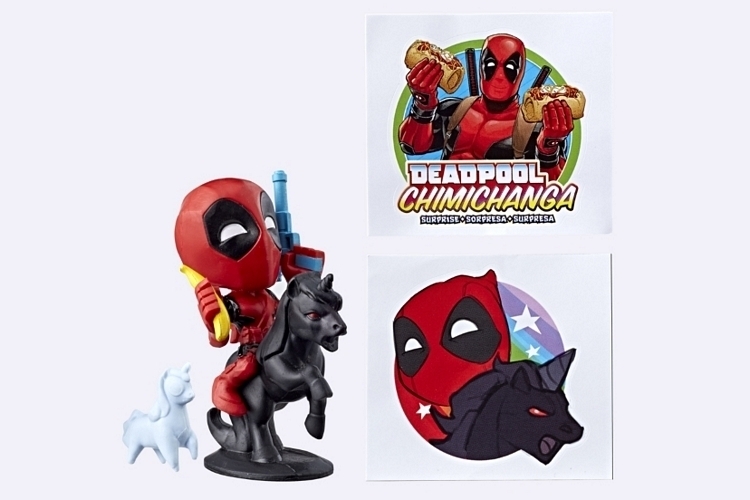 One of the best things about a character that does and says crazy things is you can make that character as crazy as your imagination will allow without going overboard. That means, dressing up Batman as a pirate is just all sorts of icky. Doing the same to Deadpool, however, just feels par for the course. That irreverence shines through in full force with Deadpool Chimichanga Surprises, a series of blind-bagged figures starring the Merc-with-a-Mouth. That’s right, it’s a collection of two-inch Deadpool figures that cast the masked superhero in a selection of goofy looks, from being a unicorn-riding cowboy and a gift-carrying Santa Claus to wearing a chef’s hat and a full-body maracas costume.  A total of 12 figures are available in the batch, each of which comes with one detached accessory and a sticker sheet. 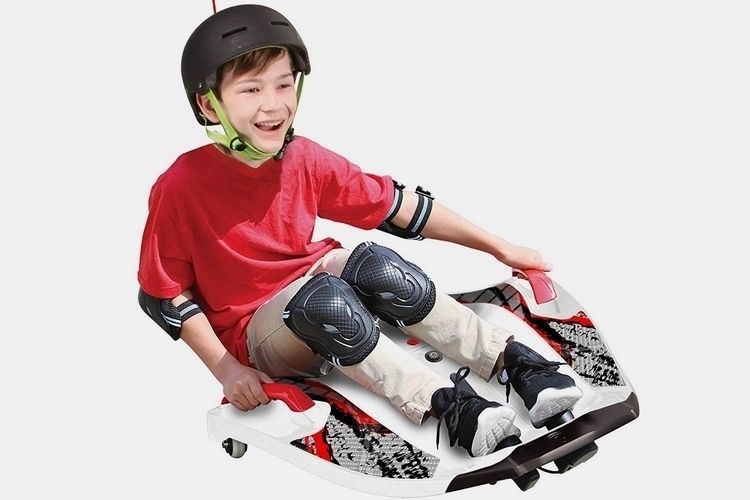 There’s no shortage of ride-on toys for kids. If you have kids longing for something different than what they’ve played with in the past, though, they can probably appreciate the unique sensation the Rollplay Nighthawk offers. A sled-like ride on, the toy lets kids ride in a form factor with a low center of gravity, which they can steer by simply shifting their weight on the seat, with start and stop pedals allowing them to brake and move as they please. Handlebars on the sides allow them to secure their balance on the ride, ensuring they won’t fall off even while running at the maximum 6mph speed. If your kids enjoy sledding during winter, this could offer a satisfying alternative for the rest of the year, since they can drive it really close to the ground without the need for a downhill structure to get it moving. Maximum weight capacity is 110 pounds, so make sure to tell them not to pile up on the thing (which, we have to admit, looks really tempting, especially with such a wide deck). 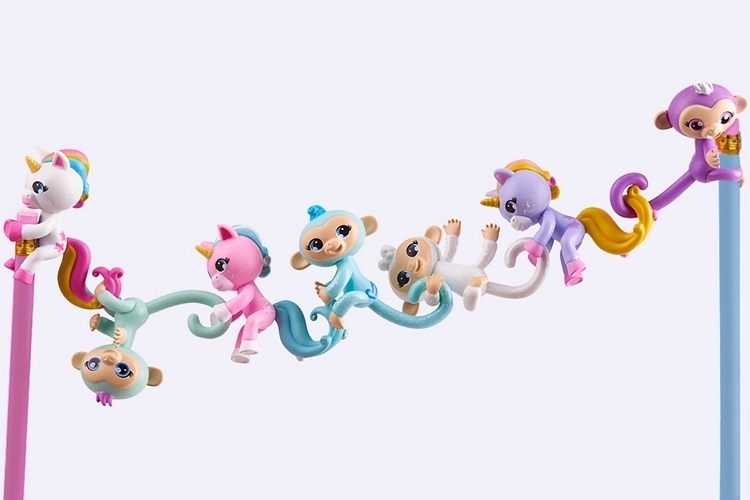 You know Fingerlings, those tiny robot toys that wrap themselves around your finger while responding to your words and actions? Those are awesome. These Fingerlings Minis are smaller versions of the toys, designed to wrap around pencils, bracelets, and similarly slimmer stuff. There are no electronics, though, so it won’t interact with you the same way its bigger counterparts do, although the lack of electronics does mean it’s also a whole lot cheaper to pick up. So yeah, it’s basically a pencil topper that uses Fingerlings characters, making it a great piece to pick up for big fans of the toy. 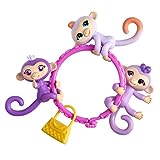 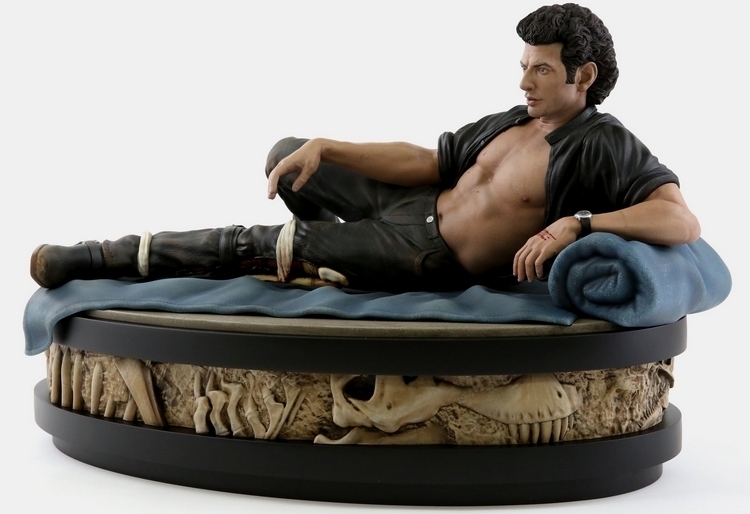 We don’t know how it happened, but Dr. Ian Malcolm lying on the bed shirtless ended up becoming one of the most iconic scenes of Jurassic Park, turning Jeff Goldblum from a reliable actor to a bona fide pop culture staple. Yes, the same pose that’s been immortalized in endless memes, toys, and other pop culture items. Well, here’s another toy, albeit one that puts all the other ones we’ve seen to shame. You know, the kind that a serious collector (or a Jeff Goldblum diehard) will want to have in their collection: by that, we mean it’s 1/4th-scale sculpt, with an exacting detail and likeness of that memorable scene and everything in it. It measures 10 x 18 inches (height x diameter), crafted in polyresin, and costs $599.99. Hey, being a serious collector (or a Jeff Goldblum diehard) isn’t cheap.