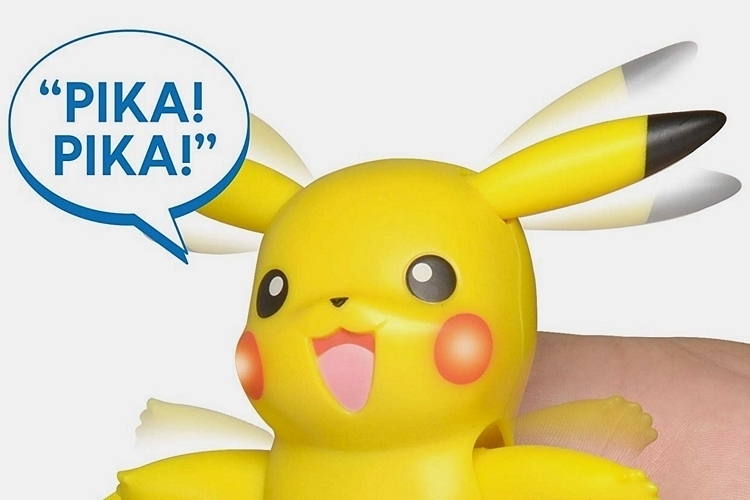 When work ends, playtime begins. Whether you play to relieve stress, recapture your childhood, or enjoy a brief escape from adult life, you can’t deny the kind of joy a good toy can bring to your day. Plus, you can play with your kids (or nephews and nieces), which always brings “good guy” points all around.

Here are some of the cool, new toys we found this week. 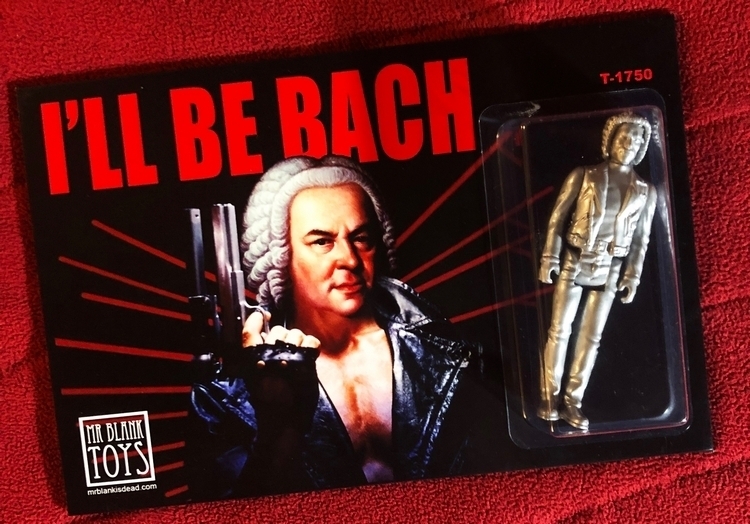 No, Johann Sebastian Bach was never in the Terminator movies. His surname, however, makes the perfect pun for one of Arnie’s most memorable lines. As such, the Mr. Blank Toys I’ll Be Bach exists. A resin figure depicting a T-800 (or, in this case, a T-1750 to avoid copyright infringement) clad in the likeness of the famed German composer from the Baroque period, you can make up your own version of the story on how it came to existence. Maybe they sent the android too far back into the past, forcing it to take the shape of whoever it can find, which happened to be the man who wrote classics such as the Art of Fugue, the Brandenburg Concertos, and the Goldberg Variations. Put a piano in the scene and watch this Android from the future commit a massacre in the past while fiddling with the keys for some fancy background music. Or something like that. 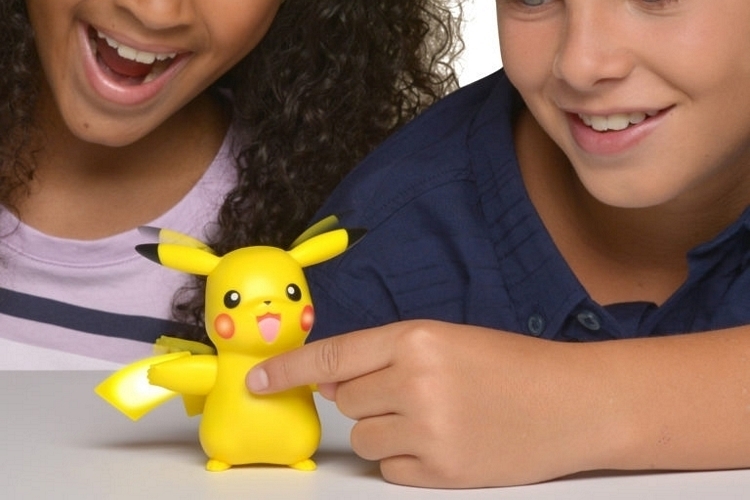 Furbies are fun. When you make a toy that does the same things a Furby does while being Pikachu, you step up the fun to the next level. That’s exactly what they do here, giving Pikachu touch sensors (spread across three body parts) so you can physically interact, prompting the Pokemon to respond using movable ears, movable arms, light up cheeks, a light up tail, and even built-in sound effects. According to Wicked Cool Toys, it can make over 100 different interaction combos, making this adorable toy a tempting impulse purchase for any Pokemon fan. Oh yeah, it supposedly has a training mode, too, although we’re pretty sure you cannot train it to fight in battle like your in-game pocket monsters. 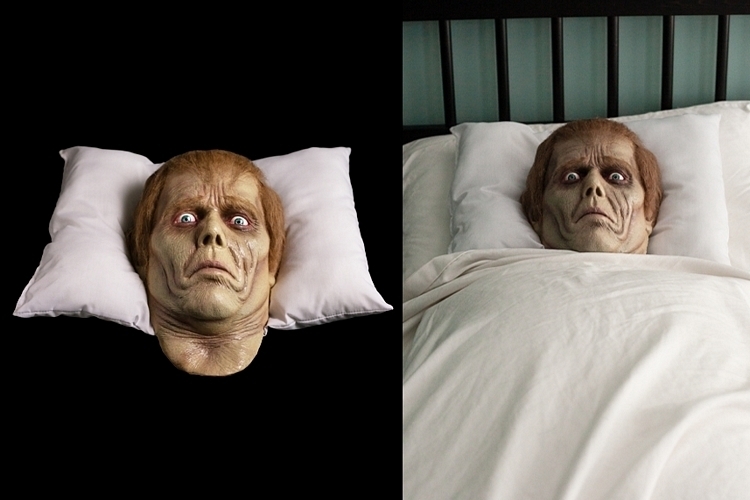 One of the memorable scenes from Dawn of the Dead sees SWAT member Roger DiMarco on his deathbed, not long after being bitten while trying to lock down the mall they’re using for shelter. Specifically, it recreates that dramatic moment after he dies and reanimates, prompting fellow SWAT buddy Peter to step in and kill him. The figure, by the way, reproduces both Roger’s head and the pillow he was lying on, making it easier for any fan who’s seen the movie to pick up the reference. Yes, showing off a head on a pillow in your display shelf can be all sorts of weird, but putting this in the bed next to your wife right before she wakes up in the morning sure makes the weirdness absolutely worth it. The pillow, by the way, only connects to the head using Velcro, so you can easily separate them for alternative presentations. 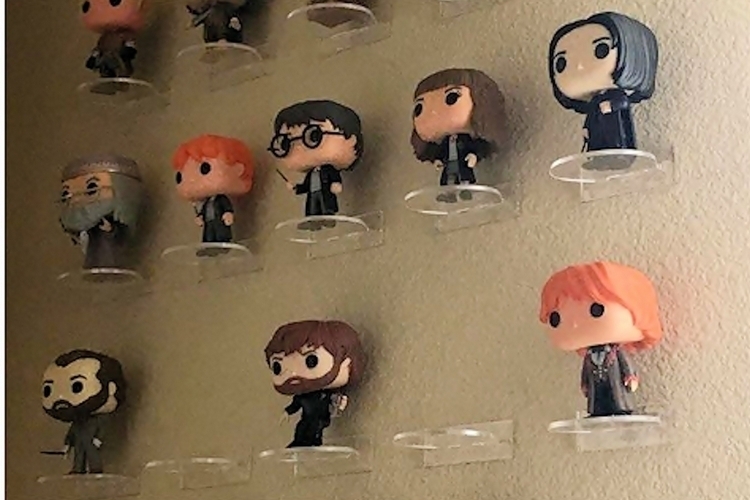 If you own a lot of Funko Pop! Vinyl figures, chances are, you’ve been looking for better ways of showing them off. You can only have so much tabletops and shelf space to display your toys, after all. If you have a blank patch of wall somewhere in the house, 630Laser’s Clear Acrylic Wall Shelves offer one of our favorite solutions. Each laser-cut shelf comes with mounting tape for attaching to the wall without drilling or driving, all while accommodating a single Funko Pop! Vinyl figure, allowing you to easily add more storage as your personal collection grows. The shelves are available for $1.80 each, $22.50 for a set of 12, and $44 for a set of 24. 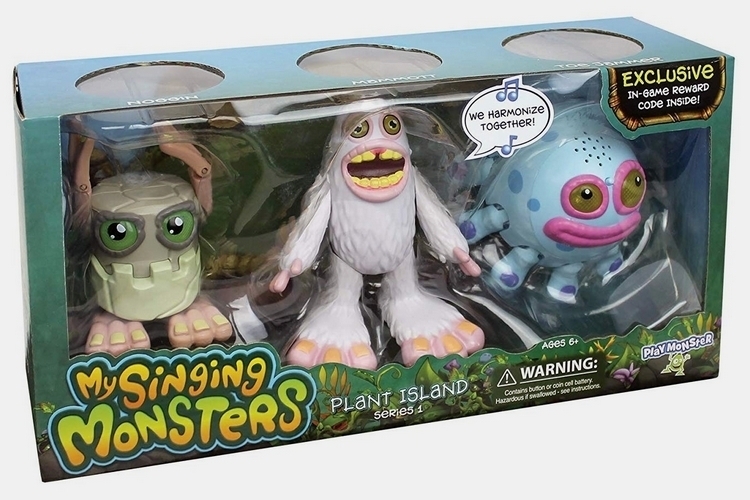 No, we’re not actually familiar with the mobile game, My Singing Monsters. We can’t help but fall in love with their official toy line, though, which lets you collect 14 of the monsters from the game. As the name implies, these monsters sing, playing pre-recorded tunes loaded in their onboard storage. Alone, each of the toy monsters can sing an entire song solo. Put two or more together, however, and they’ll start doing fancy vocal tricks, like harmonizing, creating different melodies, and singing in sync. If you put a new monster right next to one that is singing, they’ll jump right in to the correct part of the song, too, so it’s like having your own tabletop choir of musical critters. Do note, the monsters only sing a single song, the Plant Island jam featured in the game, so while watching them harmonize like a vocal group is fun, listening to the same darn thing over and over is only likely to annoy you over time.

My Singing Monsters Exclusive 3 Pack of Musical...
Buy on Amazon