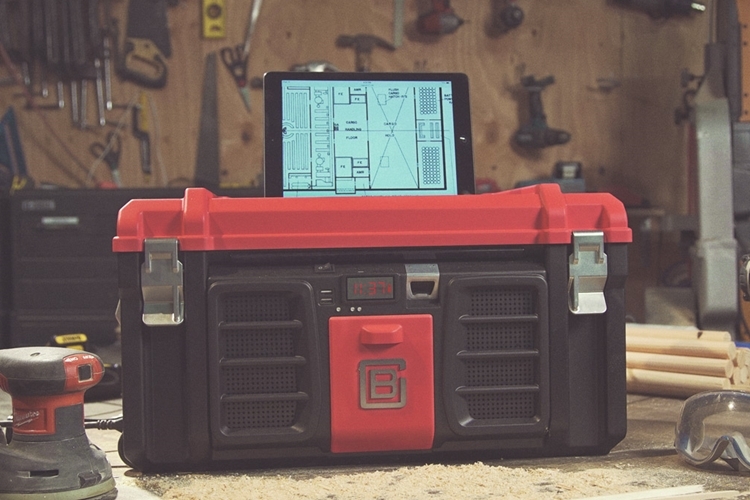 There’s no shortage of great toolboxes out there, whether for a DIY handyman or a skilled professional plying his trade. But if tools are only one of the many things you bring along to a job site, you might want to look into getting the Coolbox instead.

Unlike most new toolbox designs, it’s not modular systems or clever organization that make the Coolbox a more attractive option for hauling tools around. Instead, it’s the plethora of unconventional features that’s integrated into the container, saving you from bringing a few extra items along. 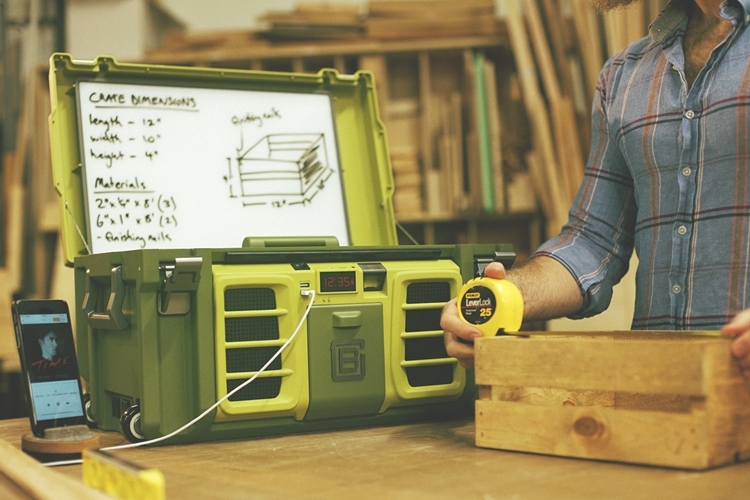 Under the lid of the Coolbox, for instance, sits a whiteboard, so you can sketch out plans and jot down measurements as the need comes up. Do you like playing a little music when installing a drywall, air-sealing windows, or fixing pipes? Not a problem, as it comes with built-in 40-watt marine-grade Bluetooth speakers that you can simply pair with a phone to start streaming tunes. Work area a little too dark? There’s a LED flood light right on the box. Both of those, by the way, are powered by an onboard 20-volt rechargeable battery inside, which also feeds power to a pair of USB charging slots in front (for charging your phones) and a three-outlet power strip along the side (for your power tools). The box is fitted with a 12-inch retractable cord for plugging into a wall outlet to keep the battery charged. 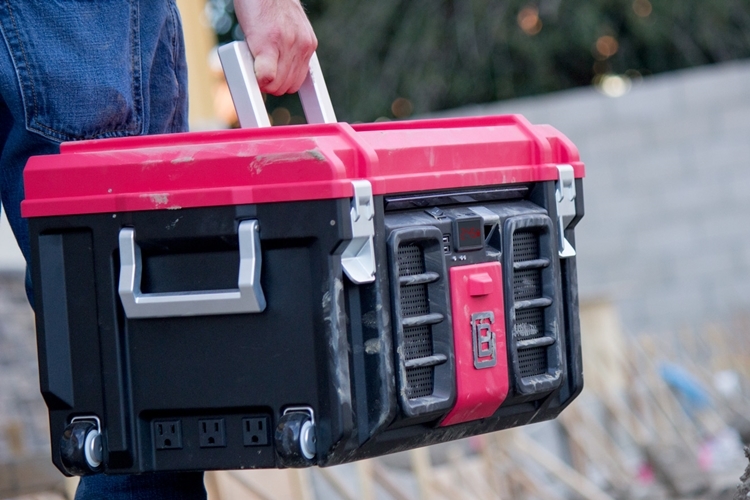 Other features include a magnetic lid (for holding nuts, bolts, and other small items), two tablet docks (one on the lid when the box is closed, another along the rear wall when the lid is opened), a digital clock, a bottle opener, and an outside storage slot. It comes with 1,797 square inches of space, with a maximum load weight of 65 pounds.

Coolbox is currently raising funds for a production run on Indiegogo. Pledges to reserve a unit starts at $169.