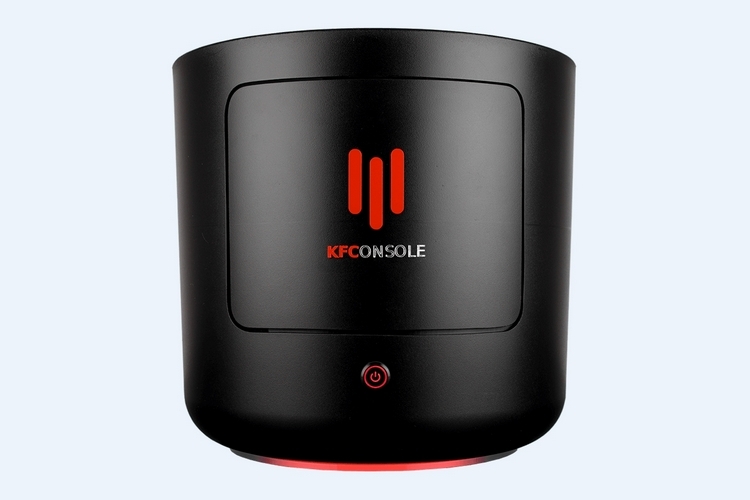 We don’t know if it’s real, if they’re going to sell it, or whatever else they have planned for the darn thing. Regardless of what’s the actual deal, though, the Cooler Master KFConsole has to be one of the most clever social media stunts involving gaming PCs that we’ve seen in a while. We mean, we wouldn’t mind having one of these in our gaming setups at home.

No, it’s not a game console like the Xbox Series X or the PS5. Instead, it’s a Windows gaming PC that’s shaped like one of those chicken buckets from KFC. Why? We’re not exactly sure, but if you ever wanted to play Cyberpunk 2077 while eating a bucket of KFC, you can put them right next to each other and laugh at the goofiness of it all. Or something. 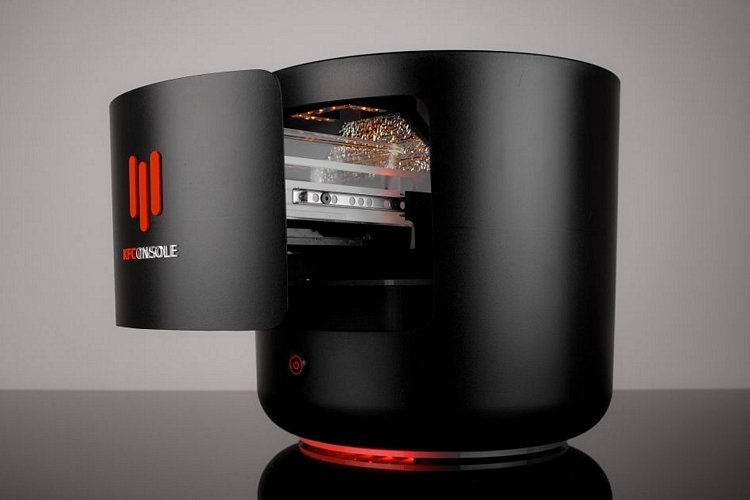 The Cooler Master KFConsole is a mini-gaming PC based on Intel’s NUC platform, allowing them to fit a decent gaming rig in the erstwhile limited space of a KFC bucket’s profile. It’s fitted with the Intel NUC 9 Extreme Compute Element, which combines an Intel Core i9-9980HK CPU, Intel’s UHD 630 graphics, 64GB of DDR4 RAM, and two 1TB SSDs for storage, along with a hot-swappable ASUS-made GPU. The outfit didn’t specify the GPU model, though, but they do say it’s one of the newer cards that can handle ray tracing, so it should bring enough muscle to play some of the newer games out here. Yes, even Cyberpunk, if you don’t mind all the bugs.

According to Cooler Master, it’s VR ready, too, so your bucket PC can play nice with your weird face computers, all while being able to deliver 240 fps output on 4K displays. While the outfit claims it’s for all games (which makes us think they’re just memeing), we imagine it can do that if you play CSGO or DOTA or one of those older titles. 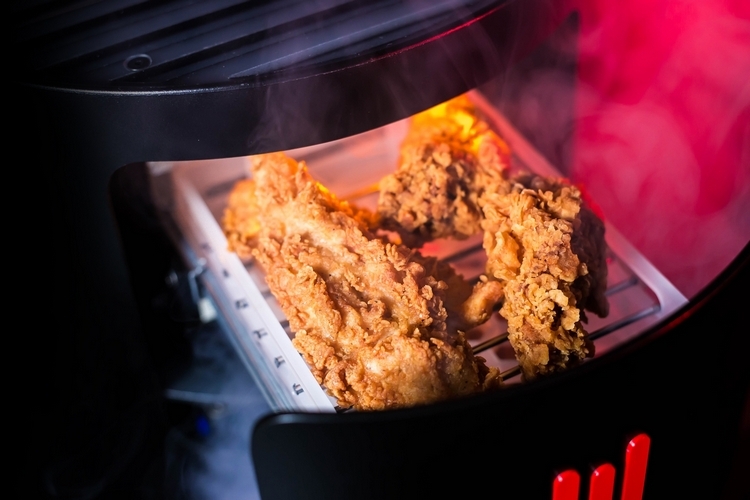 The Cooler Master KFConsole uses a custom PC chassis (model number NC100) that’s actually shaped more like a drum, rather than tapering towards the base like an actual chicken bucket. The killer feature here, though, isn’t just the fact that it somewhat resembles a KFC bucket. Instead, it’s the fact that the PC case integrates a pull-out chicken chamber. That’s right, there’s a place inside to set down your fried chicken instead of leaving it out where it can get cold. According to the outfit, the airflow inside the case directs all the heat generated by the components directly to that chicken chamber, allowing the hot air produced by your gaming activities to keep your chicken warm, so you can enjoy it properly in between matches. 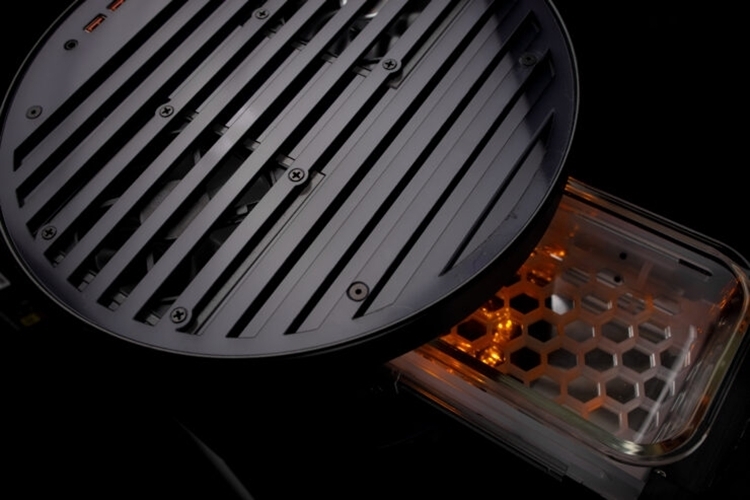 From what we can tell, it is a real custom case with real PC parts inside. Heck, they even integrated LEDs at the base for that familiar gamer aesthetic. There’s no word on whether they’re actually getting to mass produce this or even make a limited-edition release, although we imagine there’s a willing audience for that. It’s important to note, though, that a fully-stocked Intel NUC9 costs over $3,000 all by itself, so this will fetch for quite a handsome price if it does go on sale.

You can learn more about the Cooler Master KFConsole from the link below.