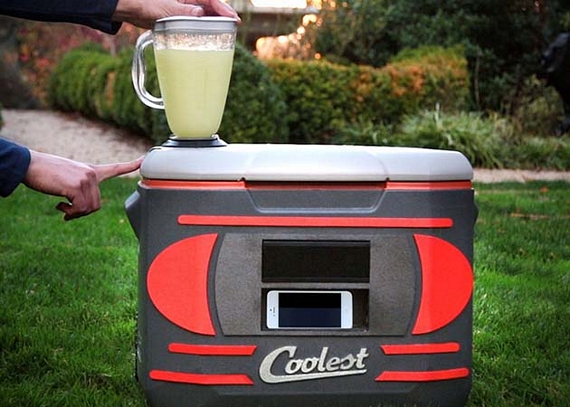 If you’re going to carry a bulky, heavy cooler for a picnic or tailgate, it might as well be the greatest cooler in all of the land.  And while the real greatest cooler will be a robot cooler that can walk on its own so you never have to carry it, the Coolest Cooler isn’t all that bad, either.

Instead of merely providing an insulated 60-quart container for chilling drinks, the ambitious cooler bundles a plethora of extra functions that can make your parties just a little more fun.  You know, like a hotline that patches you directly to Charlie Sheen so you can invite him to your tailgate along with his bevy of beautiful women.  Well, not really but it does bring a few things that can really help step up the party. 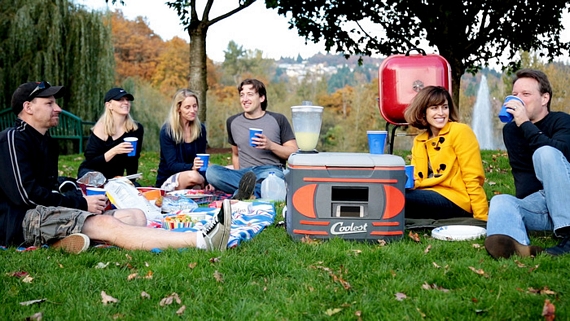 The Coolest Cooler comes with integrated wheels and a pull handle, along with bungee ties for attaching bags, lawn chairs, and other gear on top, letting you carry a whole host of stuff in one trip.  Every good party needs rockin’ tunes, so they throw in removable Bluetooth speakers for enjoying music, along with an integrated bottle opener for cracking beers open.  A built-in 18-volt blender on top of the lid can be used to make cocktails and smoothies, with an onboard battery providing enough juice to keep it churning for up to 60 batches.  There’s also integrated recessed LED lighting in the lid, providing illumination for your party at night, along with an optional portable grill that pops onto the lid so you can cook steaks and burgers directly from the same rig. 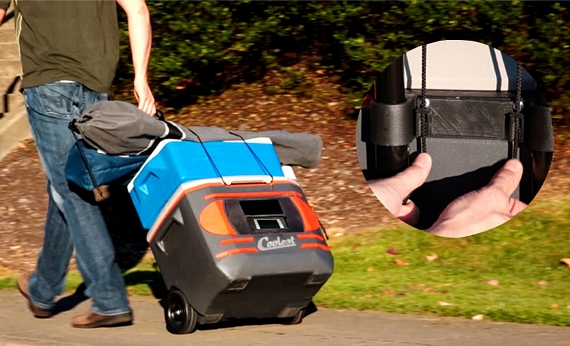 With a cooler, a blender, a speaker, a bottle opener, LED lighting, and a grill, the Coolest Cooler is, pretty much, the only thing you need to bring for a complete party.  They’re currently raising funds on Kickstarter, with pledges to reserve one starting at $185.