Coolingstyle Puts An Air Conditioner Into A Portable Backpack-Sized Frame 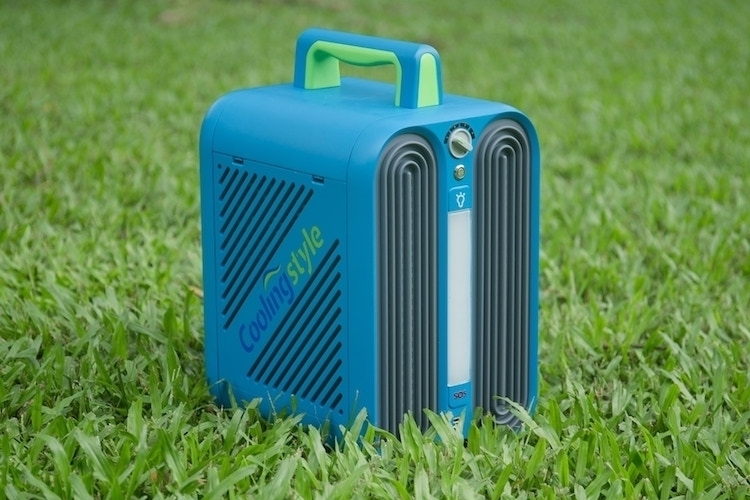 Most portable air conditioners aren’t really portable – sure, you can move them around the house, but taking them anywhere else is more of a chore than a convenience. That’s why we don’t really see people taking them out, whether to cool down the tent during camping or the lakeside cabin when vacationing in the summer. Not the case with the Coolingstyle, a truly portable air conditioner.

Measuring 8.5 x 10.6 x 15.7 inches (depth x width x height) and weighing 12.3 pounds, the machine is compact enough to throw in the boot of a car, all while being light enough to carry to wherever you’re going. Sure, it won’t cool a 350 square foot room like that window-type machine or that 80-pound portable unit you have in the apartment, but for anyone who finds the need for a personal cooling rig, this thing definitely satisfies any requirements. 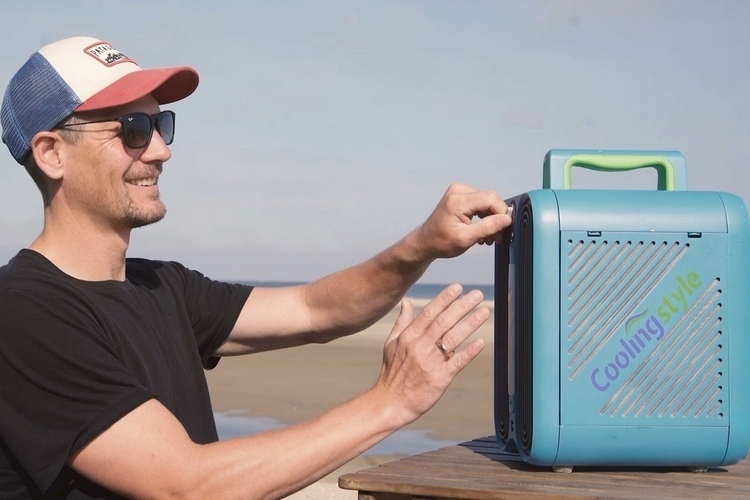 The Coolingstyle has a cooling capacity of 1700 BTU, which is supposedly enough to cool down the air inside a 55 square-foot room in just a few minutes. According to the outfit, it uses a specially-designed micro-rotary compression tech that makes it possible to draw high levels of power from an erstwhile small refrigeration rig, allowing them to squeeze in a functional air conditioner inside a compact enclosure. It has three cooling settings that adjust the working temperature between 10 degrees and 45 degrees Celsius, giving you the ability to cool down the room at your desired levels.

The air conditioner’s air inlets, by the way, are situated on the sides, while the hot air outlet sits in the back. And, yes, you’ll probably want to attach a reasonably long hose to that thing, unless you want the hot air to mix in with the temperature-controlled air it’s pushing out front, which, we have to admit, does dampen the portability a bit, since you’ll also have to bring one of those along. 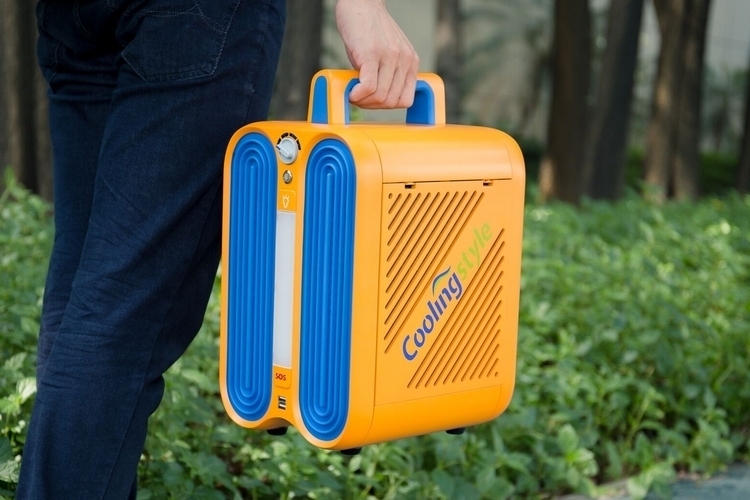 It doesn’t end there, unfortunately. The Coolingstyle doesn’t have an integrated battery, so you’ll have to plug it into an available outlet in order to activate the cooling functions. If that isn’t available where you’re going, the outfit also sells a compatible battery unit (rated at five hours of continuous operation) that you can bring along to your destination, for those times you need an external power source that’s equally as portable. We know, between the air conditioner, the pipes, and the battery, it’s definitely losing out on some of that portability. Still, if you want an air conditioner you can bring off the grid, this is about as viable as it gets. 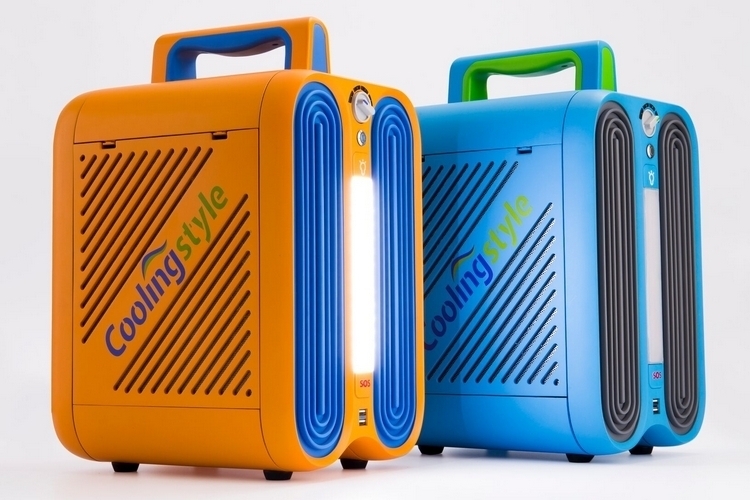 Aside from the cooling capabilities, the device also comes with an integrated mosquito repellant (ultrasonic-based) to keep the bugs away, as well as a large strip of LED out front for emergency lighting needs. Other features include two USB ports (for charging mobile devices) and a 24-volt car power adapter for charging the battery (12-volts slots won’t cut it).

A Kickstarter campaign is currently running for the Coolingstyle. You can reserve a unit for pledges starting at $329.