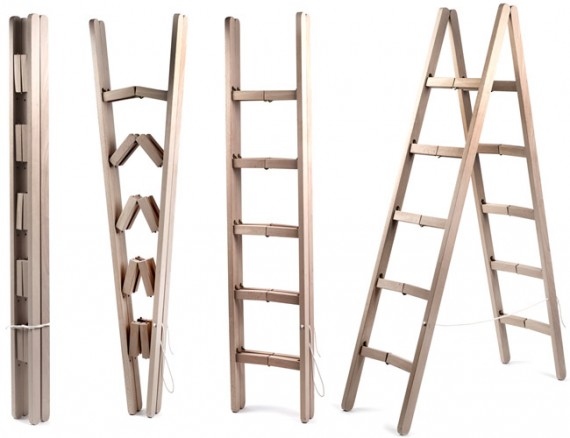 Folding ladders have become, pretty much, the standard fare in almost every handyman’s roster.  So far, though, I’ve never really seen anything that folds as compact and as cleverly as the Corner Ladder.

Designed by Company Company, it looks like a standard twin ladder at first glance, with two columns of steps leaning on each other at an angle.  Once put away for storage, though, it folds into a long and narrow panel measuring a mere 9 x 10 x 172 cm.

The Corner Ladder manages the space-saving transformation by putting hinges on each of the rungs, allowing the outside poles to fold in toward each other.  Construction is beech wood, with brass hinges and an attached cord at the base that you can use to secure the entire thing when folded. 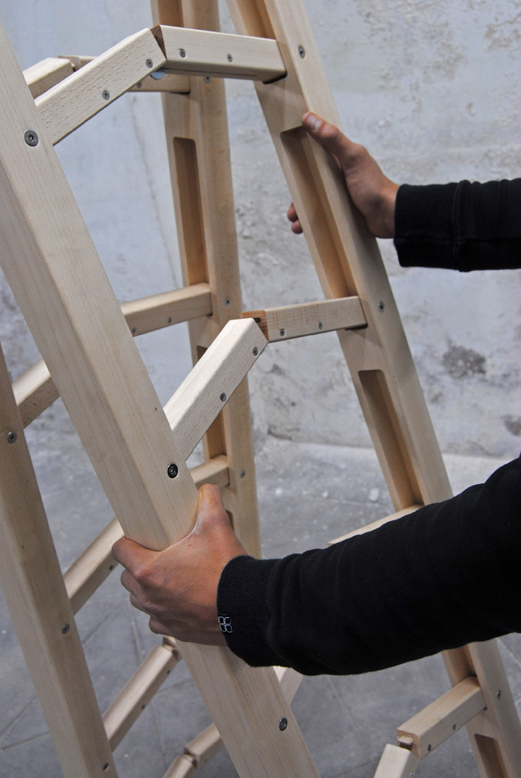 Yep, the design is gorgeous. With multiple hinges on each rung, though, it’s a little hard to trust this thing holding your weight, especially if you’re the handyman type who ate a little too many stuffed burgers and drank a few too many sodas in your day (and by “your day,” we mean everyday).

Whether Corner Ladder will just stay a concept or become an actual product, is still to be seen.   We would be excited to see this cool product in real life and won’t mind seeing heavyset man standing in the top rung just for science!