Cornucopia Is A 3D Printer That Cooks And Prepares Your Food 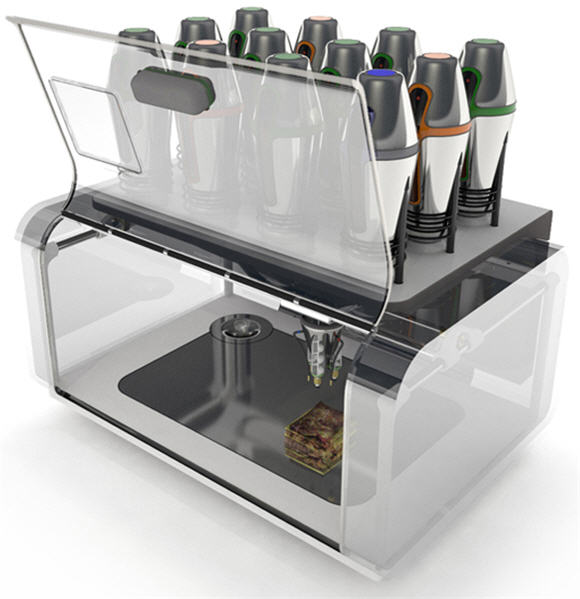 In the future, this is how we’ll cook dinner.   Called Cornucopia, it’s a new 3D printer project from the MIT Fluid Interfaces Group.  Instead of producing laser-cut objects, though, the futuristic digital appliance will be turning up a tasty meal.

Talk about taking personal fabrication to a whole, new level – the idea is straight-out of science fiction.  It won’t just put together some lame-ass sugar and flavor bars either.  We’re talking about real, tummy-filling kitchen wonders here. 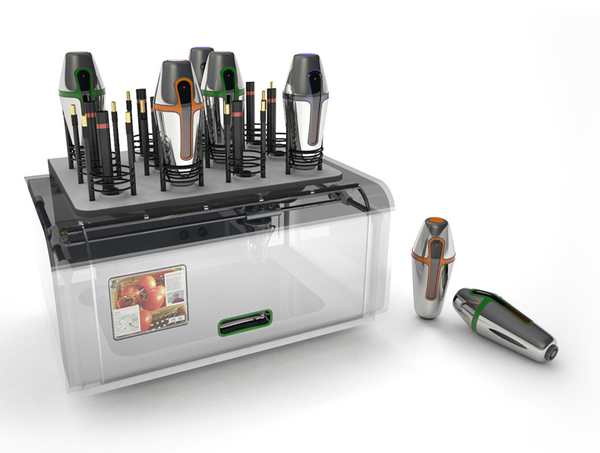 The Cornucopia will use an array of canisters to hold the different ingredients, which you can stick into slots on top of the printer.  Recipes will be built-in right into the machine, with the options to vary it according to your tastes.  Pick out a specific food and the system will pipe all required parts into the mixer, depositing all the portions necessary.  Depending on what’s needed to produce the item, the resulting compound will then be cooked using a chamber of cooling and heating tubes. 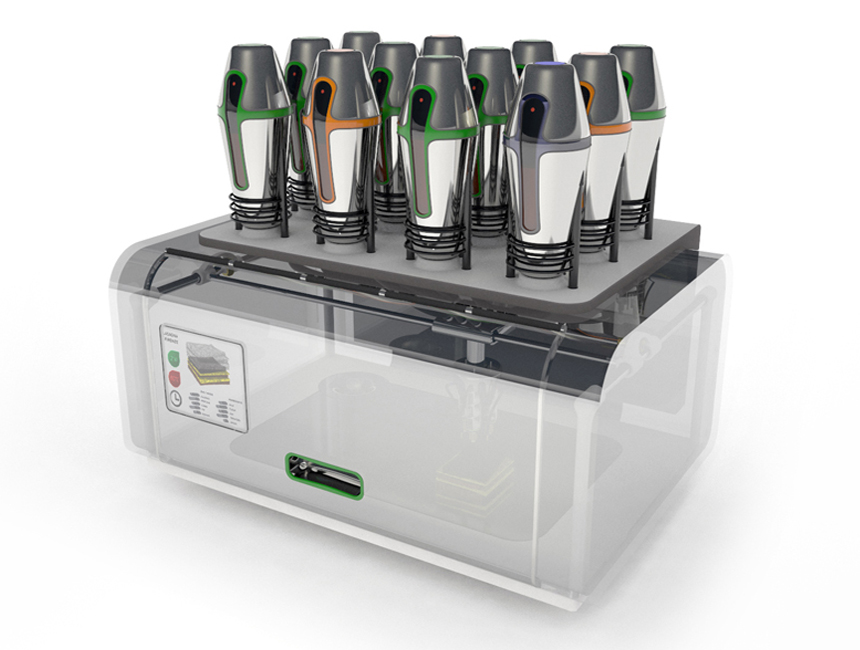 Seriously, this thing would be awesome if this were real now.  Sure, the pepperoni pizza and chicken nuggets it turns out may not look like what we’re used to.  As long as it can mimic the taste and texture, though, I’m totally dumping it in my mouth.  Pizza every night without leaving the house or picking up the phone, anyone?

It appears they’re intending to use this with real ingredients (e.g. real bits of chicken and vegetables) on the canisters, instead of processed powder crap like how I always imagined future food will be.  Either way, I can’t wait to test drive the results.