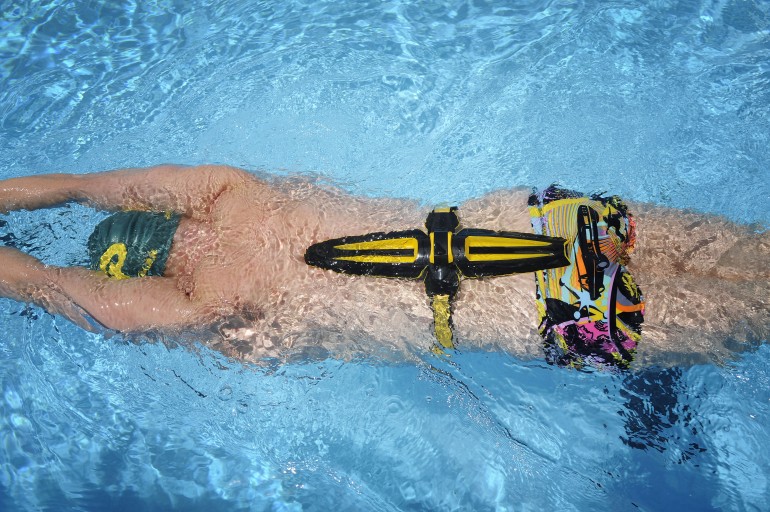 You may be no competitive swimmer, but improving your lap time could have some real benefits down the line.  Like, you know, when you’re being chased by a mega-shark during the deluge in 2012.  The Corsuit just might be the training equipment to help you set a new personal best record.

Created by Australian student Sam James, the odd-looking contraption is intended to be worn around your waist, training core muscles that will come in handy during actual swimming challenges.  When worn with the vertical component in front, it can build additional resistance, pushing the swimmer to exert more power while pushing back; when worn so it runs down the spine, it works out core muscles and improves posture. 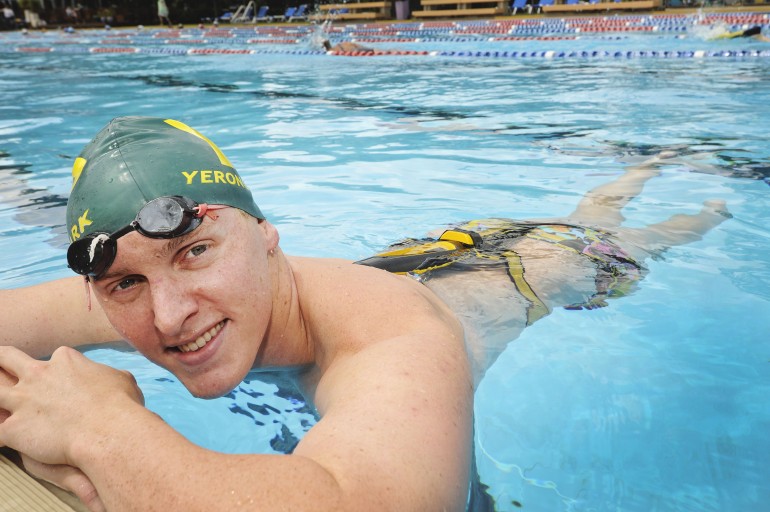 James says it works like the high-performance body suits recently banned from swimming, which made a better connection between the swimmer’s arms and legs, giving them more power without any additional effort.  Instead of having to be worn during actual competition, though, the Corsuit can be used in practice to build the muscles and train the posture needed to accomplish similar results.

While those claims will require a lot more rigorous testing to prove, this could well be an excellent future training tool for competitive swimmers, as well as random geeks who want to swim like Aquaman.  Wait…does anybody even like Aquaman?

The Corsuit is currently on display as part of the Design Institute of Australia showcase at the State Library of Queensland.  Sam James intends to enter it, as well, at next year’s James Dyson Award competition.