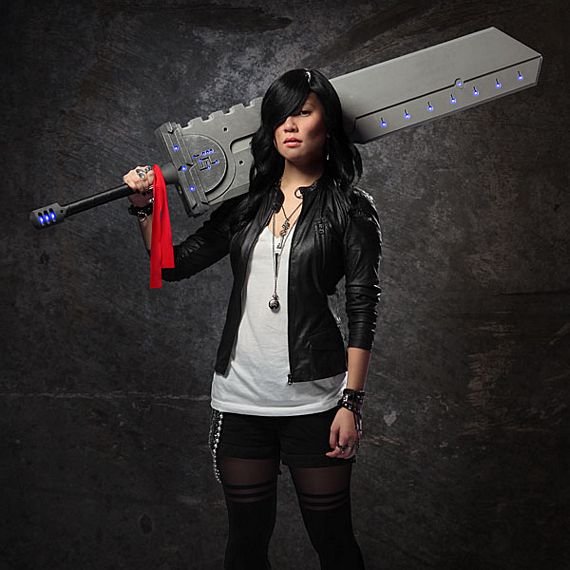 We’re not sure if it’s the biggest toy sword you’ve ever seen, but it’s definitely the largest one I’ve ever laid eyes on.  Measuring 60.5 x 10 inches (l x w) with a 45-inch long blade, it’s definitely massive, making for one of the biggest fake weapons you can wield in your battles against the evil forces of the universe from the comfort of your bedroom. 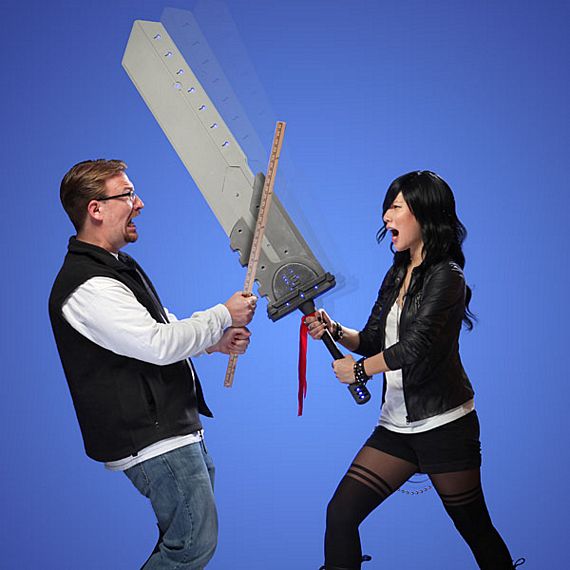 Since a real giant sword will likely require giant levels of strength, the Massive Cosplay Titan Sword is constructed from EVA foam, allowing you to easily wield it and stab real people without inflicting real damage.  If you have small hands, don’t worry — the handle is only about as thick as a real sword handle, so even your small feminine hands should be able to wrap around it without any difficulty.  If being a gigantic isn’t awesome enough, the sword comes with blue LED lights on the blade and pommel, which can be powered by two AA batteries. 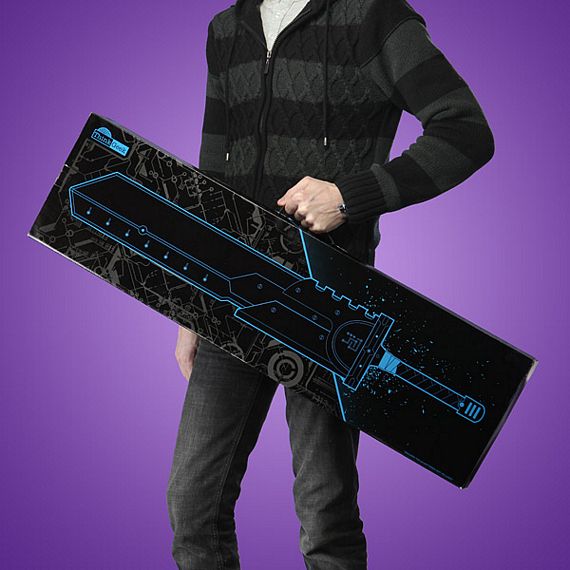 Now, being a grown man carrying a giant sword (toy or not) isn’t likely to be a very flattering sight when you take the train, fall in line at McDonalds, or walk down the street in your neighborhood.  As such, the sword can be taken apart into two pieces and housed inside a carrying case, so you can look perfectly normal while on your way to showing off your new sword to your friends at the local comic book fair.

The Massive Cosplay Titan Sword is available now, priced at $79.99.