The Heretic, A Stylish Couch That Used To Be A Coffin 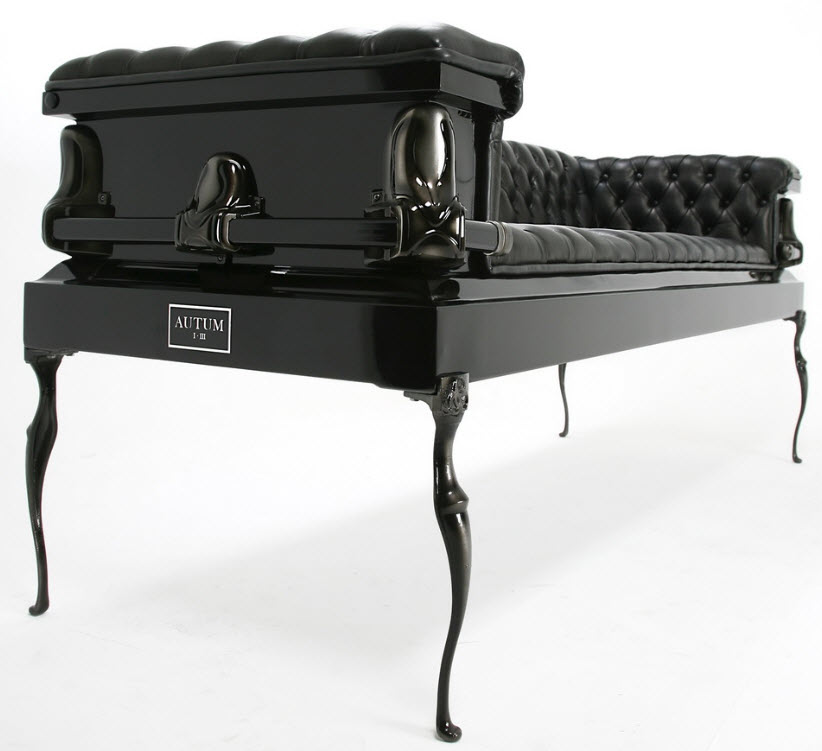 We get it, you fancy being a vampire.  That doesn’t mean it’s a good idea to use a coffin as a home furniture, though — it just isn’t functional.  Unless, of course, some skilled craftsmen actually went to work on the coffin to make it a usable furnishing like they did with The Heretic.

Made by Autum, the elegant-looking living room couch is actually a reworked 18-gauge steel coffin.  Custom-modded by hand, the erstwhile resting area for nocturnal blood-suckers has been turned into an actual sofa lounge, all while retaining the original form’s spooky sensibilities.

The Heretic measures 81.5 x 31 x 26.5 inches, with a seating area that should fit at least three or four Twilight freaks rather comfortably.  Up to 800 lbs. of vampire-obsessed pale kids can rest their weight on the thing, which features welded undersides for increased durability.

Much of the coffin parts were retained, making it look like a real coffin when viewed from behind and from the sides (face the front against the wall and you can actually pretend it’s a real open coffin).  The hand-sewn upholstery (made from black Italian leather) even looks like the interior of high-end coffins, making it creepy enough for even the most discerning vampire cosplayer in the family.   Other notable features include four cast iron legs, a laser-engraved ID plaque and an airbrushed finish (gloss black / pewter trim).

Only three pieces of The Heretic will be made, making it quite an exclusive for well-heeled creatures of the night.  Price is $4,500.