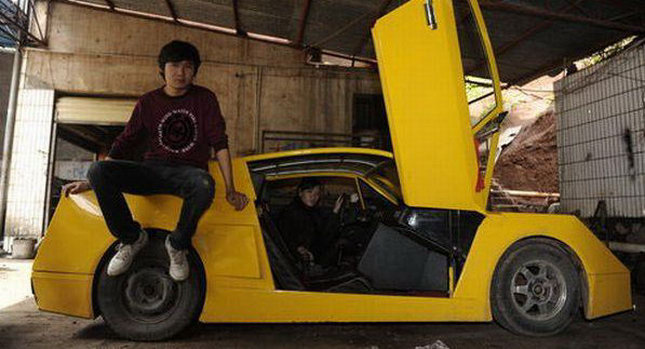 Want a Lambo, but can’t afford one? I can relate. So can Chen Jenmiao, a 25-year old Chinese mechanic, who decided he’ll just build his own homemade Lamborghini knockoff.

The result is a car that looks as much a Raging Bull as it is a box-type with gullwing doors. It’s an absolute “Meh” moment, but is quite fascinating all the same. After all, when was the last time you built an entire vehicle, let alone a supercar replica, all by yourself? 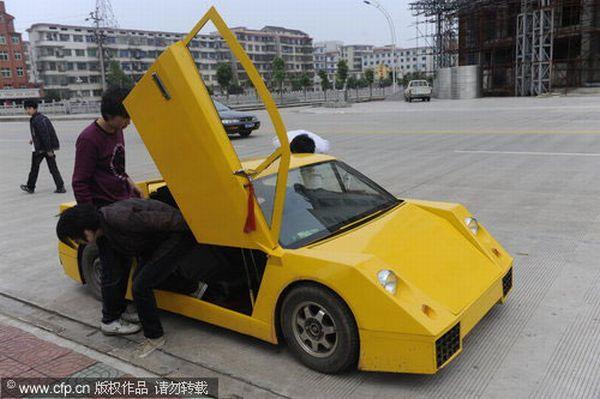 Chen’s Lamborghini started out as $3,000 in car parts and materials, most of which were likely salvaged from second-hand shops and back-alley transactions (“Hey dude, I’m selling a Lamborgini side mirror right here”). After a year of hard work, the car was finished, becoming the toy-like, low-profile automobile with lots of boxy lines you see below. 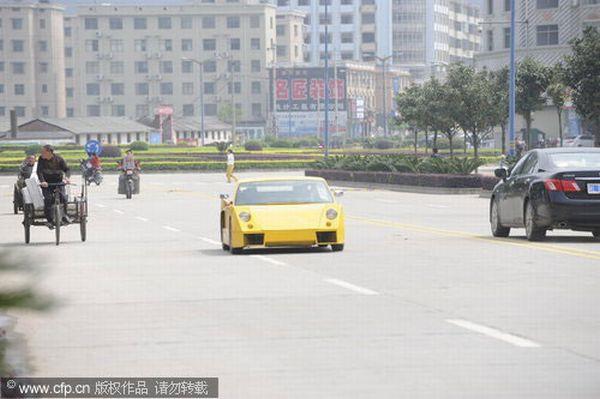 Sure, anyone who has even seen a picture of a stud built out of Sant’Agata Bolognese would know it’s fake. Actually, anyone who sees the car would probably know it’s fake – I mean, look at those wheels. Still, if you can put an authentic-looking badge in there, plus walk out with a swagger worthy of a millionaire Italian playboy, you still might turn some heads (coupled with confused faces).

No details on the powertrain or any of the parts for that matter, but it can reportedly go up to 90mph.