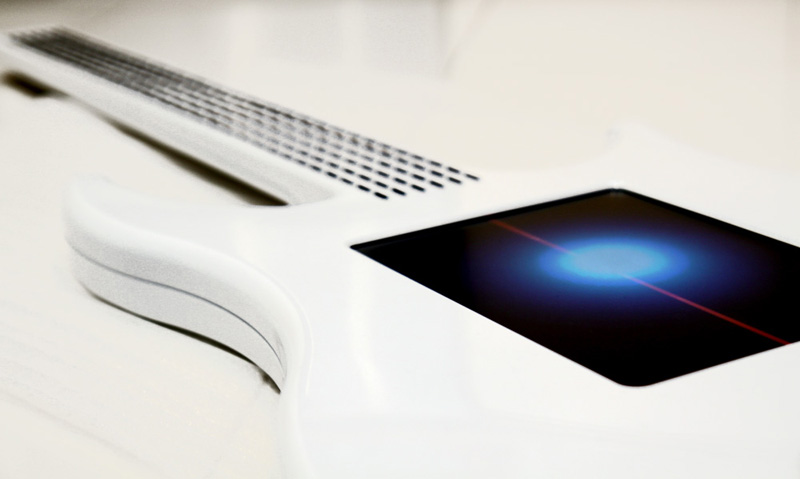 Your keytar may be the geekiest instrument on your block, but I’ll gladly put my bottom dollar on the Misa Digital Guitar to trump you on the Devo Scale (which, by the way, doesn’t exist).  What could be more attuned to nerdy sensibilities than a touchscreen MIDI controller built into a guitar body?

Ready to create beautiful electronic beep-beeps (okay, we’ll call it music), it’s basically a rudimentary computer with a music software slotted into a guitar body.  Why?  So you can carry it onstage while prancing around, using your left hand to press on the buttons along the neck, while your right hand taps at strategic points on the display.  Oh yeah, you can do that while headbanging and gyrating too, which should handily put you in the Dorkiest Musicians Hall Of Fame (which, by the way, doesn’t exist either). 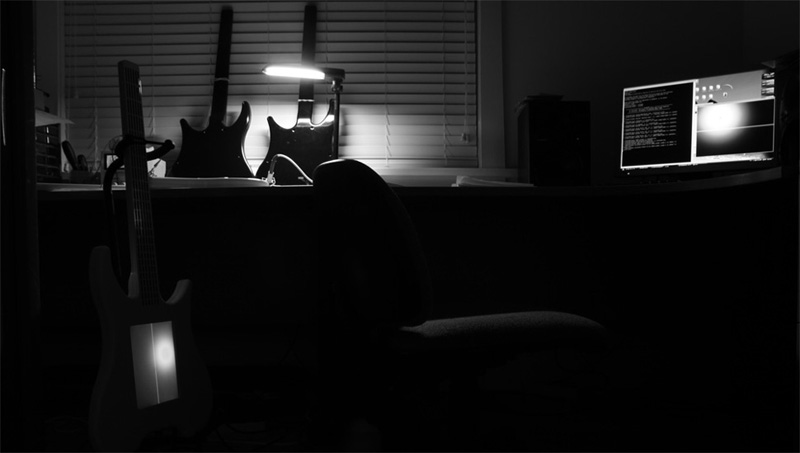 The Misa Digital Guitar is a simple MIDI controller which will need to be plugged into a capable sound module (via the MIDI out).  It comes with a touchscreen display on the body, with 144 neck buttons spread out across 24 frets.  From afar, it’s easy to mistake as an actual guitar.  Once you notice the lack of strings, though, you realize it’s one of those weird electronic crap kids these days enjoy so much.  It runs a Linux kernel inside (Gentoo), with an Ethernet port available somewhere on the body (no Wi-Fi – boooooo).

So, on to the important question: will it get you laid like a rockstar?   The all-encompassing retort, of course, being, “Have you seen anyone get laid with a keytar?”  Well, this thing looks worse.  Hey, you never know until you try.  For all we know, the Association of Dorky Instrumentalist Groupies (which, by the way, doesn’t exist as well) might be interested.