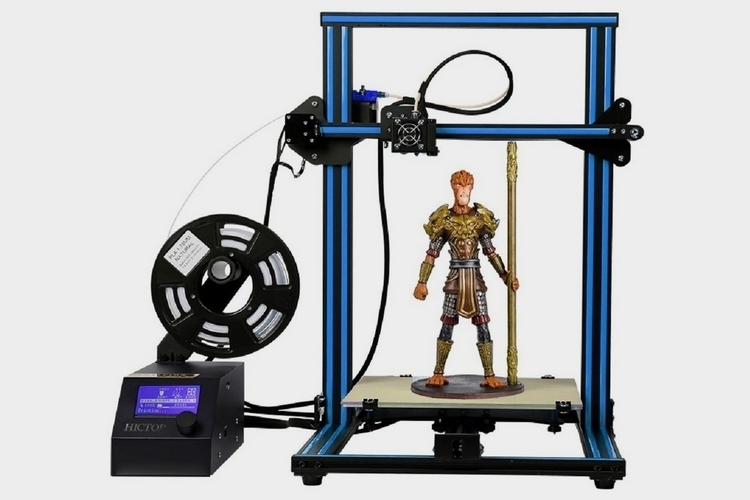 Looking for a 3D printer that can fabricate relatively large objects without gouging your eyes on the price? You might want to check out the Creality CR-10, an affordably-priced 3D printer with a satisfyingly large build area.

Able to fabricate objects measuring 11.8 x 11.8 x 15.75 inches, the device allows you to build items that span nearly a foot on all sides, so you can print a life-size bust of your own head in just a single go. Why would print you’re a bust of your own head? We don’t know. But if that’s something you’re interested in, this is definitely up to the task. 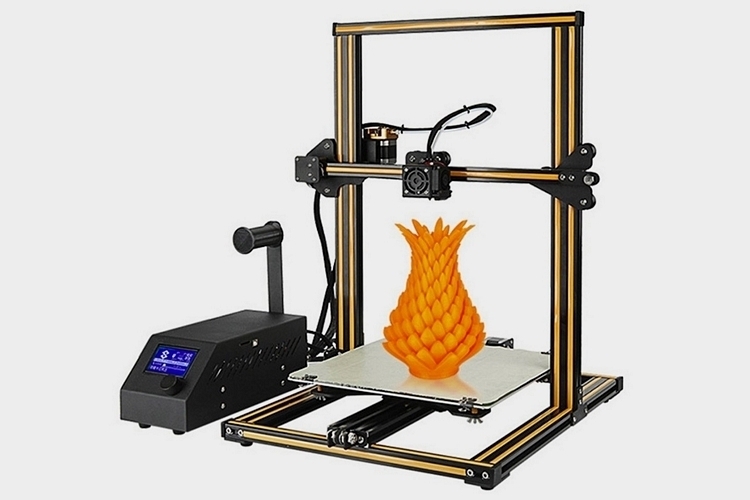 The Creality CR-10 has a unique design that separates the build area from the control box and the filament holder, instead of bundling them together in a single enclosure like most 3D printers in the market. Considering the large build volume, it naturally takes up a huge amount of space on your desk, although it takes up even more because of the separate placement of the control box. Construction is aluminum for the frame, with the bed consisting of a durable tempered glass on top of a heated aluminum board, which, according to the outfit, makes it easier to take out the finished product (since it’s less likely to stick).

It’s designed to work with 1.75mm PLA, although some places around the web say they’ve made it work with ABS. Best temper your expectations on that one. Average print speed is 80 mm per second, so it’s, pretty much, in line with other 3D printers in the market. It has a nozzle that can extrude material at between 0.4 and 0.5 mm of thickness, with a maximum resolution of 100 microns. 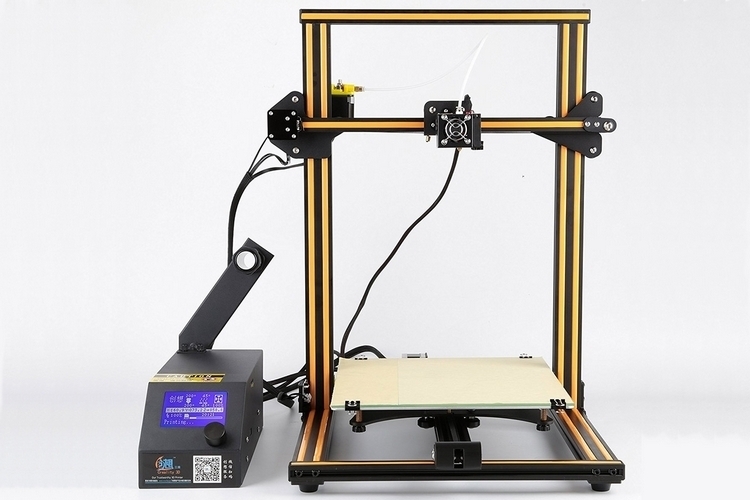 The Creality CR-10 comes with an SD card slot for loading designs directly onto the device. A built-in three-inch LCD allows you to choose among menu options without needing to hook up a computer, while a control wheel lets you navigate through the choices in an intuitive manner. Of course, it can also be hooked up to a PC via USB if you want to control everything from a larger display.

Because of the wireframe-style design, the device ships flat-packed and unassembled. According to the outfit, there’s only three major parts you’ll need to put together, with all wires clearly labeled, so there’s not much technical knowledge required to assemble the darn thing. You should be able to take it out of the box and get it running in around ten minutes.

Not big enough for your needs? The Creality CR-10 is also available in two other variants: one with a build area of 15.7 x 15.7 x 15.7 inches and another with a build area of 19.7 x 19.7 x 19.7 inches. They use, essentially, the same control box and printer frame, with just the heated bed replaced with a larger panel. And, yes, you can upgrade the printer with aftermarket parts, although you’ll probably need to either recalibrate the software or install new firmware to make sure it recognizes the larger build area.

The Creality CR-10 is available now. 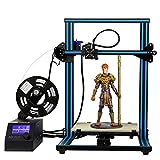