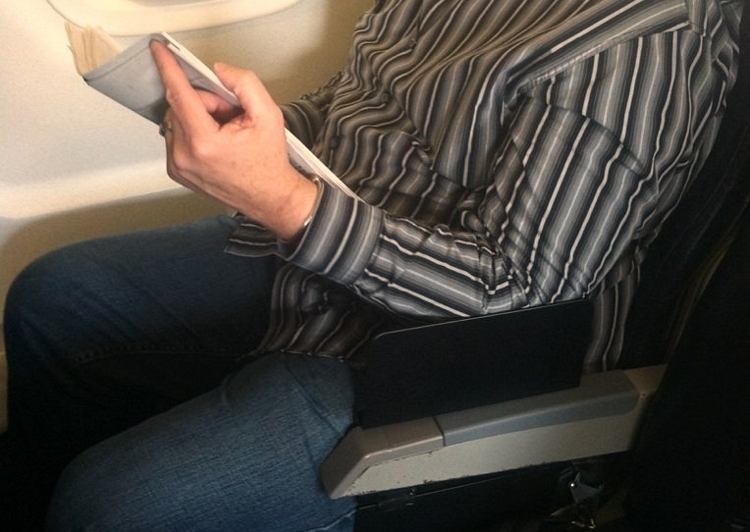 Whoever decided to put a single armrest between two seats in an airplane obviously knew the problems it will cause, but simply didn’t care enough to bother with a better solution. That leaves the rest of the world to figure out something to end the often passive-aggressive battle for the ever-precious armrest. Create-a-Space believes they have just the thing to finally quell the never-ending dispute.

An egalitarian solution to the armrest dilemma, it, basically divides the armrest into two sides – one for you and one for the dude on the other seat. Even better, it puts up an actual wall to divide the two sections, ensuring one cannot simply encroach on the other’s side without any discomfort on their part. It’s actually reminiscent of that Soarigami prototype from a while back, except you can buy this one right this minute. 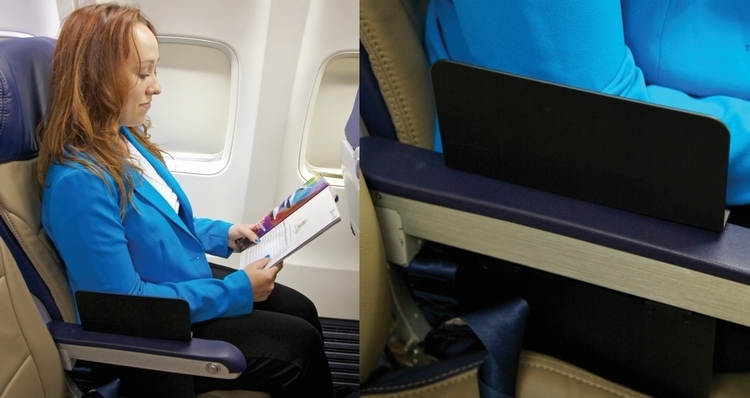 Create-a-Space doesn’t actually split the armrest into equal halves. Instead, you only take up about a third of the thing, leaving the seat next to you plenty of room. What it does is put its own generously-sized armrest on your side of the half, so it’s, pretty much, a win-win for everyone involved. It comes in a collapsible design that folds into a compact bundle measuring 7.75 x 8.75 x 1 inches and weighing 10oz, so it should be easy enough to squeeze inside your carry-on without any problems. 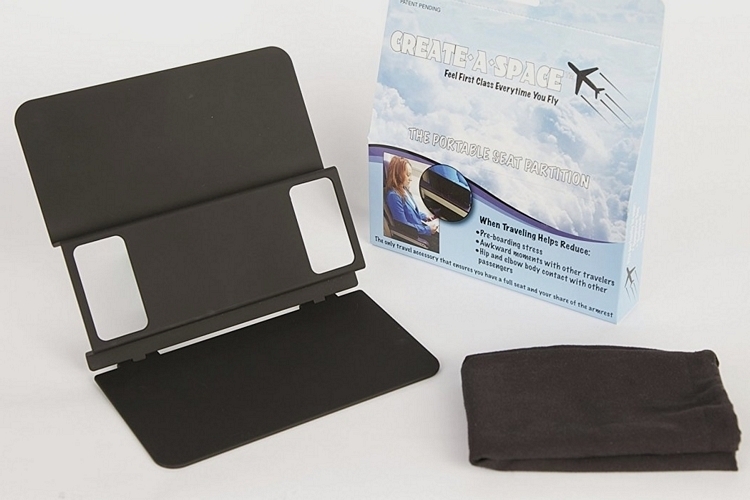