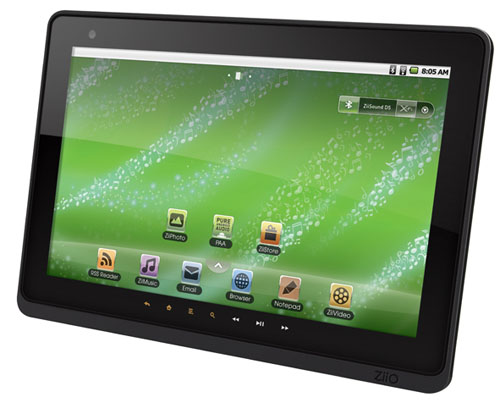 Remember the Singaporean folks who used to make awesome media players before the iPod spoiled their party?  Yep, those Sound Blaster guys are jumping on the Android bandwagon, too, with a line of Android-totin’ multimedia slates.

They announced two tablet sizes under the name ZiiO Pure Wireless Entertainment Tablet, which will come in 7- and 10-inch varieties.  The smaller slab will get an 800 x 480 pixel capacitive touchscreen, while the latter will sport a sharper 1,024 x 600 display.   Both will come with either 8GB or 16GB of storage, along with  Creative’s X-Fi technology (which claims to facilitate better audio quality), Android 2.1, WiFi, Bluetooth and microSD card expansion. 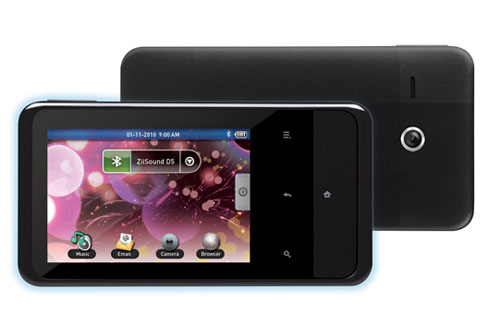 Creative is also setting its sights on the iPod Touch’s market, announcing a 3.2-inch slate to go with the bigger tablets.  It’s called the Zen Touch 2 and will feature much of the same hardware and connectivity as its bigger counterparts (actually, everything seems the same, except for the screen size).

All of the three devices will run on Creative’s relatively unproven ZiiLabs ZMS-08 processor, so consider it a leap of faith if you’re going to buy one.  Android Market support isn’t likely on the table, although sideloading apps seems possible, aside from access to Creative’s own ZiiStore.

Pricing for the 7- and 10-inch  ZiiO Pure Wireless Entertainment Tablets start at $278  and $332, respectively.  The Zen Touch 2 8GB version will go for $216, with the 16GB demanding $248 of your money.  Expect the devices to be available beginning in the holiday season.