Cooler Than A Wallet: Credit Card Holder Is A Pocket Dispenser For Your Plastics 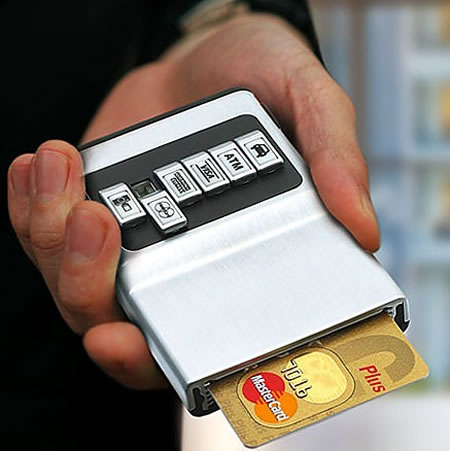 A wallet is functional. The Credit Card Holder, which seeks to replace that billfold as the place where you store your cards, makes pulling one out fun. Just flip a button and the corresponding card is dispensed. Like magic. I can play with it all day.

Since it can only carry six cards at a time, it won’t exactly replace your wallet if you carry a whole slew of similarly-sized cards and IDs around. If you’re fine with leaving the rest behind and carrying just six, though (e.g. a couple of credit cards, ATM cards and personal identification), this should work like a charm. It’s supposedly designed to “organize and mark your credit cards so that they’re easy to identify,” though organizing shouldn’t really be an issue if you can count your cards on one hand (provided you have an extra, mutant finger, of course). I digress. 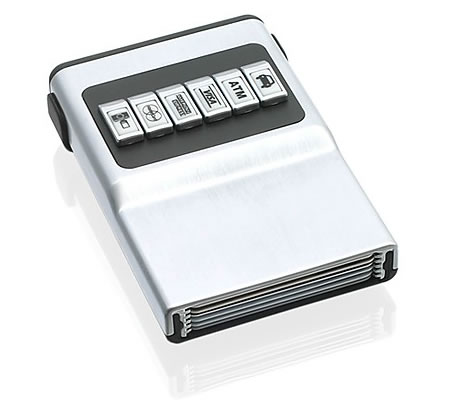 While the purpose is questionable, there’s no denying the Credit Card Holder’s awesomeness. When you want to swipe the almost maxed-out Citibank credit card, just pull up the corresponding button and out it comes. Drawing money from an ATM? Just flip it. Way, way cooler than pulling the things out of a billfold – yes, even you use an awesome duct tape wallet.

Each button is replaceable with any of 18 pieces included in the set, so you’re more likely to find one that corresponds to each card you want to carry than not. You can actually use it to replace your wallet too, since there’s a money clip in the back. How about those odd things you like to keep in your wallet, like pictures of the dramatic gopher or packets of two-year old unused condoms? It comes with a plastic card-sized sheath to hold those things, so you can cram them into one of the card slots.

The Credit Card Holder comes in black and silver, priced at $52.44.