Creopop: This 3D Pen Ditches Hot Plastic In Favor Of Light-Sensitive Gels For Kid-Safe Use 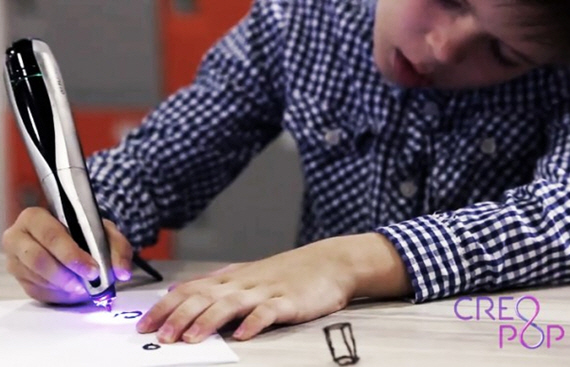 3D printing pens will make great toys for kids, literally giving them the power to sketch real-world objects into life.  Except they extrude piping hot plastic, which makes it a bad idea to give to children without parental supervision.  The Creopop changes this, ditching the plastic spools in favor of light-sensitive photopolymer gels.

With the elimination of heated plastic, the pen becomes completely safe for children to use on their own.  Plus, there are no vapors of burning plastic to stink up the room, making for a more pleasant tool. 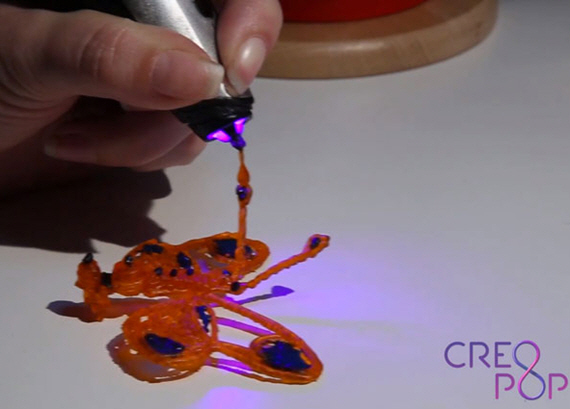 The Creopop plunges out the gel using an onboard motor, which is hardened as soon as it leaves the nozzle using three UV lights that shoot straight at it.  It works untethered, so no cables to get in the way of your creation process, with an onboard battery good for up to two straight hours of drawing time.  The gel will automatically adhere to previously hardened gels, so you can build various parts of a creation separately, like five individual square panels that you then connect to each other to build a box using the pen. 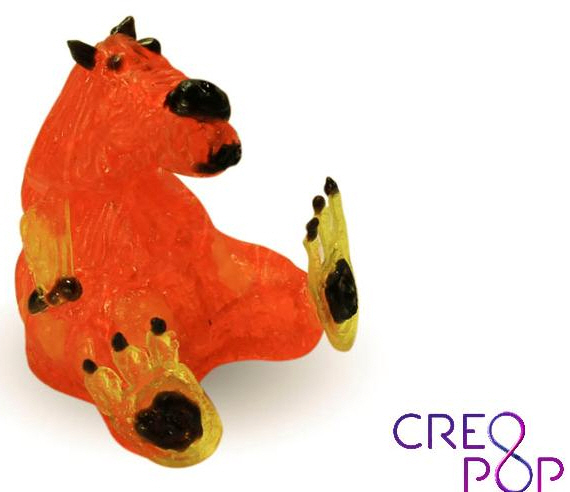 Just like with plastic spools, the gels (which they call “cool inks,” by the way) will be available in different colors.  Doing plastics better, however, they’re also offering two types of premium cool inks, glow in the dark and temperature-sensitive, to add even more options in creativity, with plans to add more varieties down the line (e.g. conductive, magnetic, aromatic).

An Indiegogo campaign is currently running for the Creopop.  Pledges to reserve a unit starts at $79.