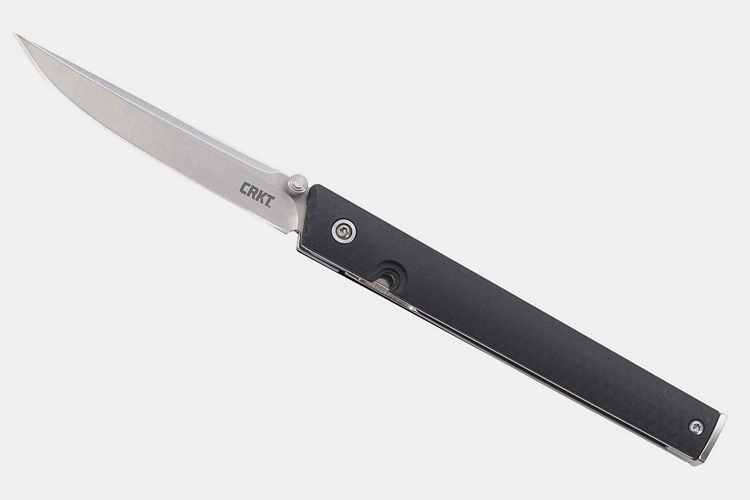 No, you don’t have to be an actual company head to use the CRKT CEO. Instead, it’s a pocket knife designed to look like a pen when clipped to your shirt’s front pocket, allowing you to carry a knife, for once, that you don’t have to keep anywhere on your pants. And yes, that’s a knife both executives and lowly foot soldiers in the office can appreciate.

Billed as “a gentleman’s pocket knife,” it’s a unique-looking folder with a profile reminiscent of those goofy Samurai keychain knives we saw a while back. While most pocket knives are easily identifiable when folded, this one is deliberately obscured, allowing you to wear it out in the open without attracting attention. Heck, it can even be mistaken for a letter opener when someone sees it deployed in your desk at the office, making it largely discreet, regardless of whether it’s opened or closed. 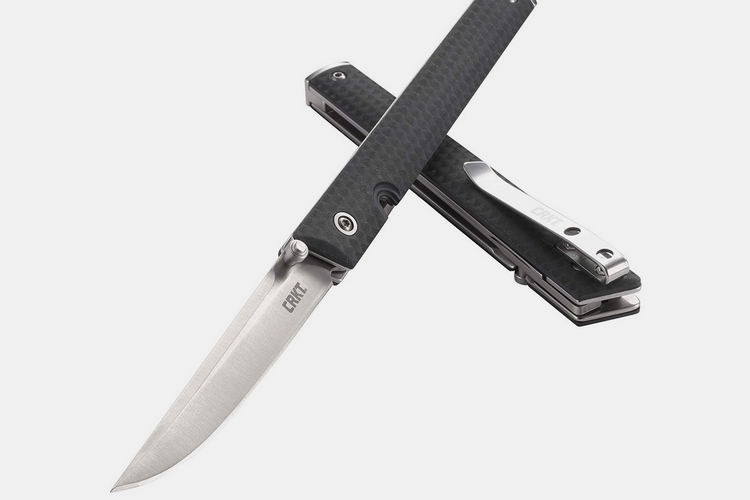 The CRKT CEO has a long and narrow profile that measures 7.6 inches when opened and 4.4 inches when closed. That long handle makes the 3.1-inch blade quite easy to use, giving you plenty of leverage when opening envelopes filled with $100 stacks and slicing off the currency bands off those same stacks. Because, you know, what else would a CEO need a pocket knife for? It has a pocket clip on the handle designed to look like those on a pen, so it looks nothing more than a ballpoint when you keep it secured in your favorite dapper button-down’s left chest pocket.

Like many pocket folders, it uses an IKBS opening, which uses small ball bearings in a space around the pivot area. While it’s long been a proven deployment system, the knife’s unique dimensions will likely require a bit of break-in before you can regularly deploy the blade one-handed. Suffice to say, you’ll have to learn to open this one-handed, lest be stuck having to use two hands for deployment. 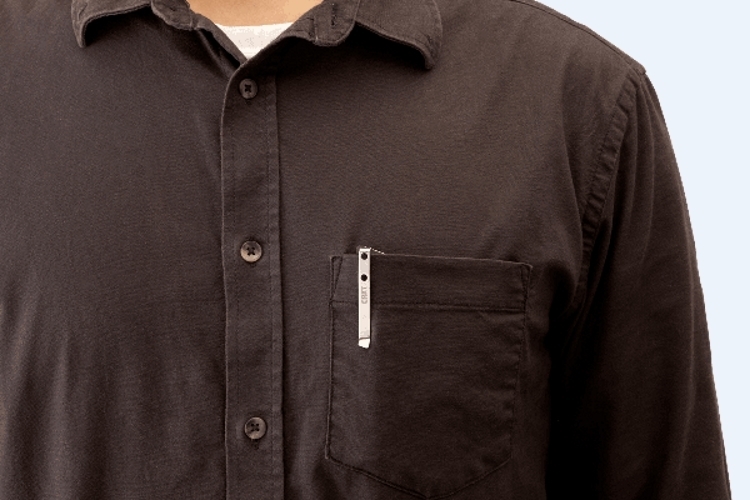 The CRKT CEO has a high-carbon steel blade, so this should respond to sharpening nicely, which you’re going to have to do if you like your blades with a well-honed edge, as it’s intentionally not that sharp out of the box. Why is it lacking in sharpness? We’re not sure, but we guess it’s being aimed at more casual users who will wield it in an office, rather than folks who use their pocket knives for more severe tasks in the workshop or field. It pairs that plain-edged blade with a glass-reinforced nylon handle, which comes in a finish reminiscent of carbon fiber to further make it blend in with the sterilized confines of modern workplaces. 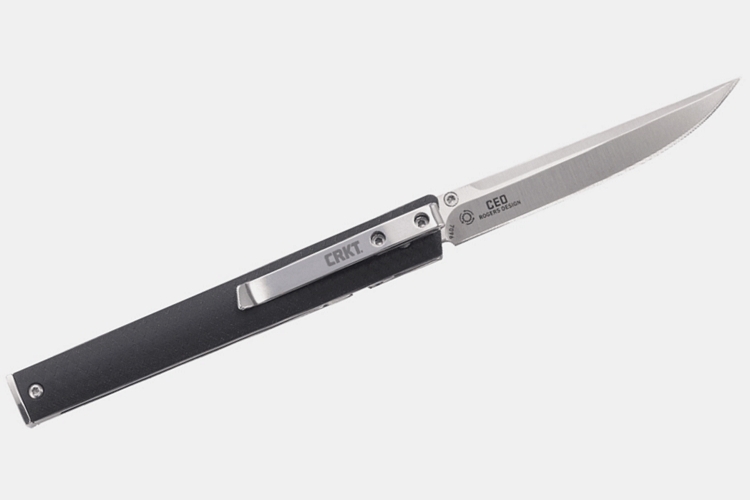 The knife, by the way, is the brainchild of Richard Rogers, who’s best known for designing some of the simplest, most practical EDC folders in the industry. This one is no different, sticking true to its seemingly straightforward goal of being a pocket knife for the office professional. And yes, according to the product page, it pairs best with a long to-do list.

Want one? The CRKT CEO is available now. 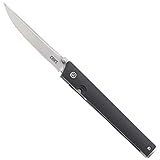