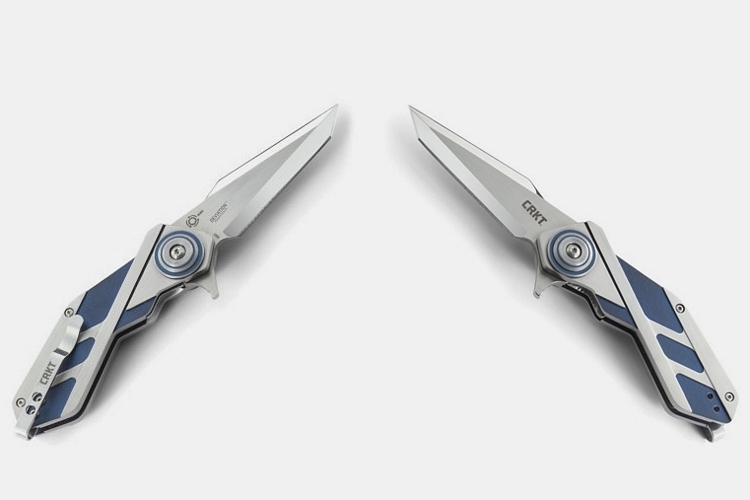 Most pocket knives are designed to look like they belong in the outdoors. Rightly so, because guys who tend to carry pocket knives usually overlap with guys who like to slum it out in the wild. Not the CRKT Deviation, though, which looks exactly like the kind of EDC knife the first humans to colonize Mars are going to carry in their pant pockets.

Designed by Florida-based knifemaker Terry Lee Renner, it bears a unique design that happens to look like it was originally attached to the barrel of a standard-issue intergalactic police ray gun (of course, they exist). If you’re a sci-fi fanboy shopping for a pocket knife to carry around and open all those monthly loot boxes you’ve been ordering, this is about as perfectly-suited as they come, with an aesthetic that won’t make it look out of place right next to a collection of Star Wars toys. 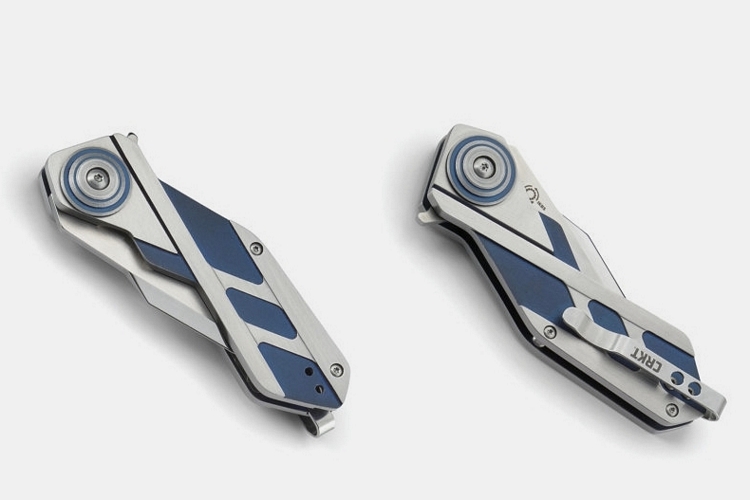 Inspired by the sharp lines found on deep-relief wood carvings, the CRKT Deviation’s 4.5-inch handle comes in a uniquely angular shape, with a titanium nitride finish and a two-tone design that makes the sci-fi aesthetic even more prominent. Despite the non-traditional shape, CRKT claims it’s “surprisingly comfortable to hold,” so you should be able to slash off the packaging from your new Sphero BB-8 without putting undue stress on the hands and wrist. It features a 3.1-inch tanto tip blade made from 8Cr14MoV stainless steel, a linerlock design with an IKBS pivot system for buttery-smooth deployment, and a 6-oz weight.

Available now, the CRKT Deviation is priced at $44.99.