CRKT Guppie Is A Multi-Tooling Carabiner 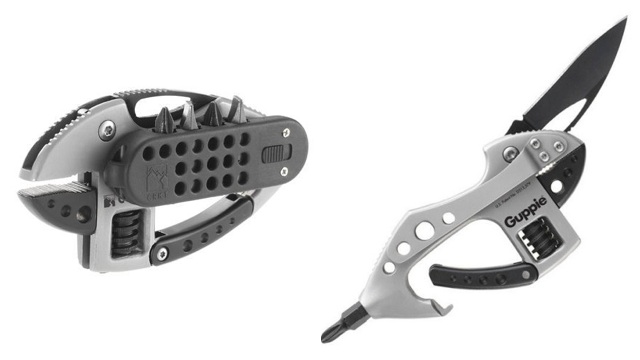 The CRKT Guppie could be very well be my favorite multi-tool.  First, it requires no pocket space, being a carabiner that you can hook onto a belt loop.   Second, it looks like a robot.  And, lastly, it does pack quite the useful bundle of functions.

Oddly enough, it can’t really function as a weight-bearing carabiner, with the screwed gate merely acting as a way to hold the contraption across a ring or a loop.  So remember that before using this thing to hold up that hammock in the backyard (read: don’t, unless you want to break your back). 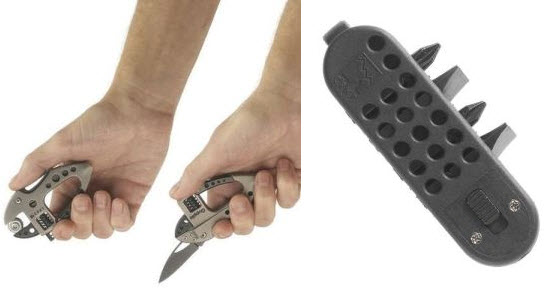 Designed by Launce Barber and Tom Stokes, the CRKT Guppie is a stainless steel multi-tool that measures 3.5 inches long when closed, so it’s compact enough to not be a bother when dangling around your waist.  Available tools include a high-carbon stainless steel blade (2 inches), a removable LED torch, an adjustable wrench jaw with a 0.5-inch mouth and screwdriver (with a removable carrier for four bits).  It can also double as a money clip (there’s a clamp on one side), while the detent on the carabiner can be used to open bottles and jars.

Like all pocket multi-tools, it’s intended for light tasks, so it won’t exactly be your best equipment for surviving apocalyptic times (a Survival Shotgun could prove more handy).  Still wouldn’t hurt to have one, though, just in case.  You can get it from the Amazon link below.