CRKT Provoke Puts An Affordable Mini-Karambit In Your Pocket 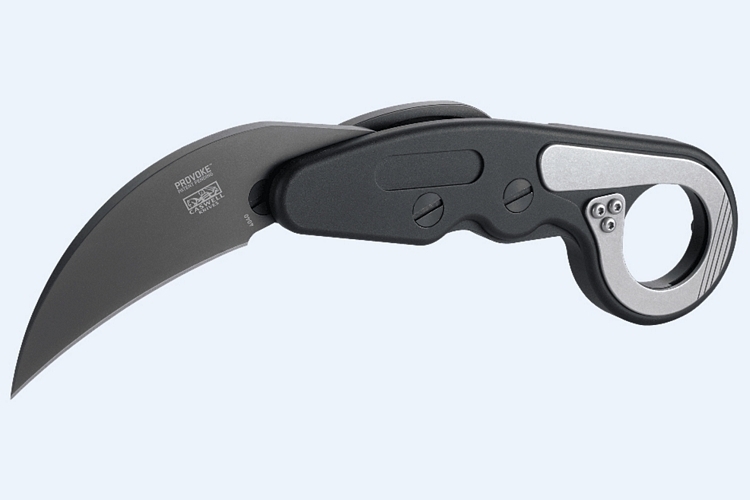 Earlier this year, designer Joe Caswell opened a successful Kickstarter project for his new knife, the Morphing Karambit, which sported a unique opening mechanism that made it both safe to use and very cool-looking. How cool? Well, it was so cool that CRKT took interest. So much so, in fact, that they’re now producing their own version of the blade in the form of the CRKT Provoke.

That’s right, CRKT is licensing Caswell’s original design, which originally came out in the form of a high-end, Millet-produced pocket folder. Well, this one’s for those who like the knife but couldn’t justify spending at that price point (the newest version of the Morphing Karambit sells for $450 apiece), allowing folks to enjoy the same clever design in a more affordable mass-produced form. 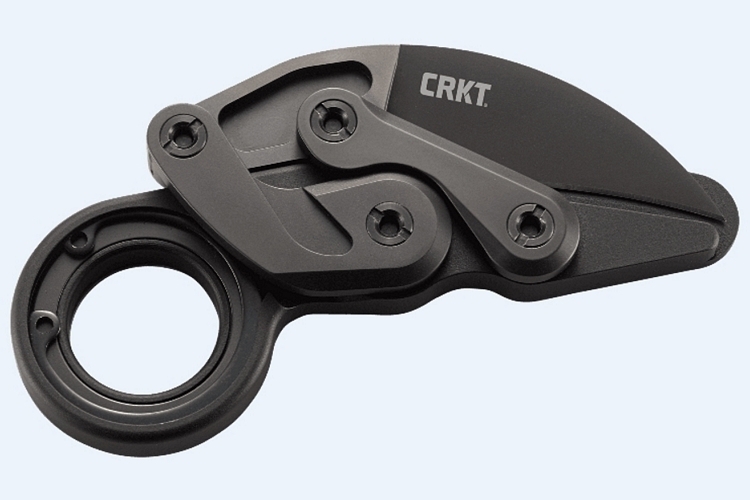 The CRKT Provoke, of course, draws inspiration from the traditional karambit, a claw-shaped knife originally produced in Indonesia, where it was first used as an agricultural knife before being tweaked to serve as a bladed weapon. Of course, it’s designed to serve as a pocket knife, so it’s much smaller than a traditional karambit, although the curved blade definitely looks just as deadly, so it can definitely serve as a personal defense weapon, provided you can hit an attacker at just the right spot.

One of the things that impressed many about the original Morphing Karambit is the unique opening system, which allowed you to deploy the blade without having to get any of your fingers out of the way. That system is completely intact here, which means you can deploy the blade by simply pushing on the upper crossbar with your thumb, triggering a chain reaction that causes the blade to lunge forward, ready for action. To close it, just shift the lever at the base of the finger loop to prompt the blade to retreat into folded position, all without taking any of your fingers off the knife as well. CRKT, by the way, is calling the unique mechanical system, Kinematic, which, we’re guessing, hints at the outfit’s future plans to produce more knives using the same opening design. 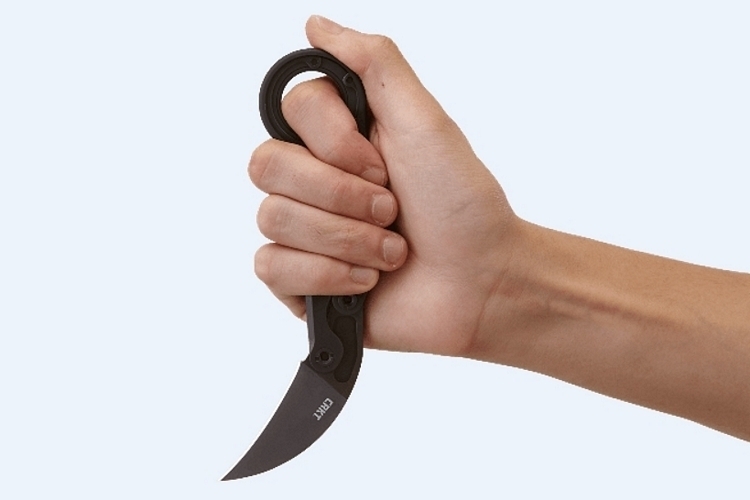 The CRKT Provoke has a 2.4-inch hawkbill-style blade that’s mounted on a 4.96-inch handle, so there’s plenty of material to grip here to ensure you get a secure hold on your knife. Its’s designed to be held with the blade popping out on the side of your pinky finger, so you can place your thumb in the finger loop to further minimize the chances of having the knife slip off your hand. 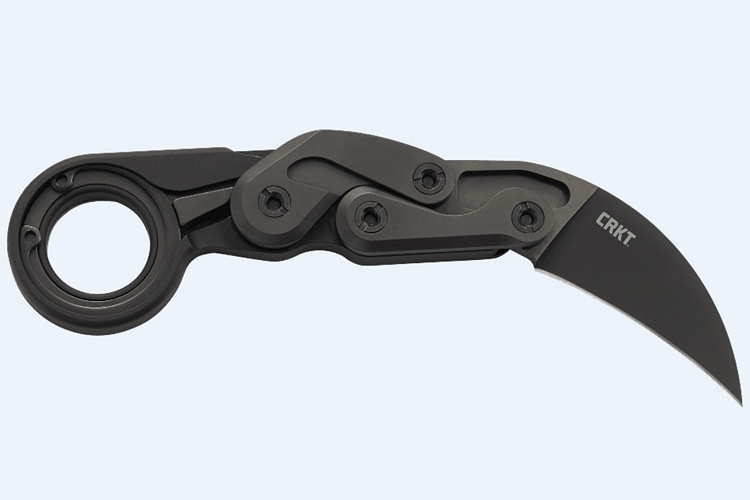 Construction is D2 steel for the blade, with a black titanium nitride finish for corrosion resistance, while the handle is cut in 6061 aluminum, which helps keep the weight down at 6.1 ounces. Oh yeah, the folding mechanism isn’t the only unique feature here, as it also sports a clever clip that sits nearly flush with the handle, which you will need to activate using light thumb pressure before clipping on the side of your pocket.