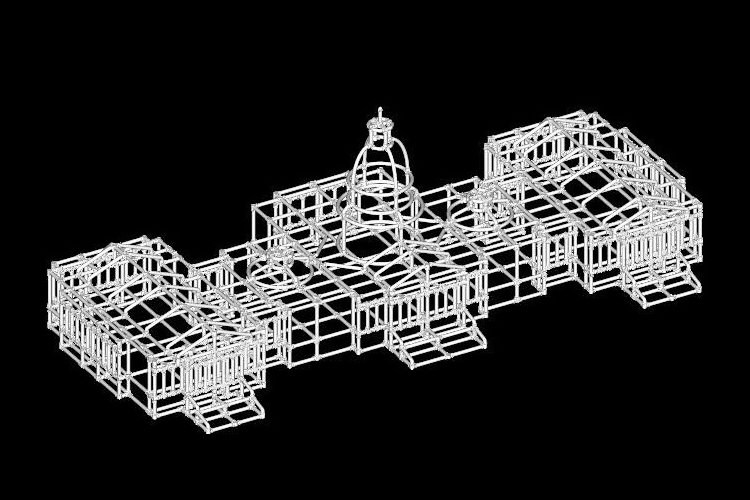 Prototyping building structures using LEGO isn’t unheard of. The brick-shaped nature of the pieces, though, tend to lend itself to less-than-realistic results. If you want to build a prototype that might translate better to real-world materials, maybe you’ll enjoy playing around with Crossbeams.

Created by Seven:Twelve Engineering, it’s a construction toy that lets you build skeletal structures by connecting various pieces of tubes. Whether you want to build a skeletal frame for a car, a mini-helicopter with a spinning rotor, or a wireframe scale model of the White House, this thing should do the trick. 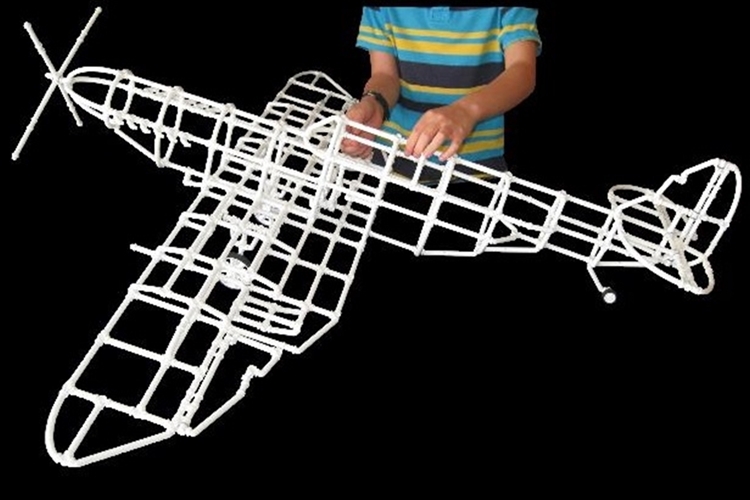 Crossbeams consists, primarily, of stiff plastic tubes and connecting joints. You take a joint, pick two tubes, and slide them into the joint slots – done. Four straight tubes, 10 curved tubes, and 19 different joints (10 of which are for moving parts) are available in the system, allowing you to build, literally, any shape of frame. For more complex moving builds, there are also gears, couplers, and wheels, bringing the total to 40 distinct pieces, from which you can fashion whatever object you want. 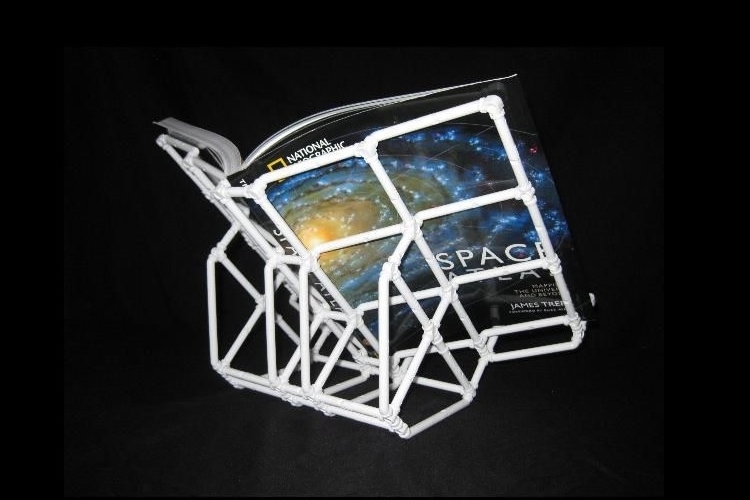 Unlike most construction toys that tend to separate when they take pressure, it uses a unique, patent-pending joint that they describe as “exceedingly strong,” as it requires a multi-step process in order to separate, ensuring your newly-constructed robot won’t crumble to pieces when you accidentally knock it off a table. And because of this strength, it can be used for putting together functional stuff around the house, such as light-duty stands, magazine racks, and more (it can handle force up to 20 pounds).

You can buy Crossbeams as both individual pieces and as part of a building set. For reference, a simple 140-piece sports car set is priced at $29.85.