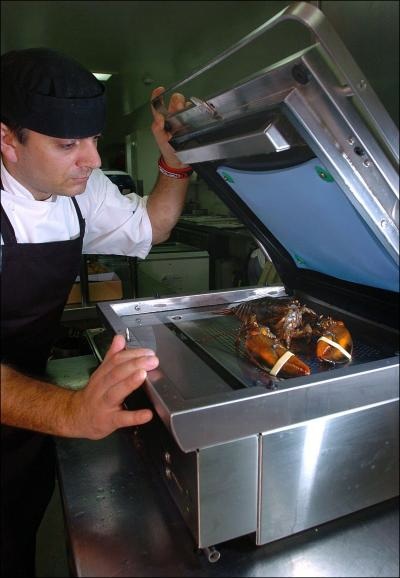 Does the thought of boiling lobsters alive make you cringe also?  Help may be on the way. Put them through the CrustaStun Single Stunner, electric zappers that will send a quick jolt of power to render the tasty crustaceans dead.  That way, you don’t have to feel guilty about torturing your dinner.

Marketed as a more “humane” way of killing off crabs, lobsters and crayfish, the machine delivers 110 volts of electricity right to the marine creatures’ nervous system, acting as a veritable anesthesia so they meet their demise while feeling “no pain or distress.”  It’s the first commercial products of its kind, able to plug into both North American and European outlets, while sitting on a tabletop as conveniently as a microwave oven. 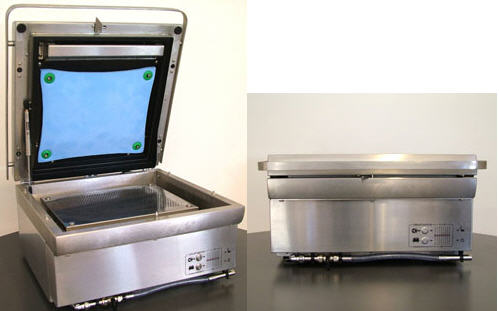 The Single Stunner, which looks like a clunky scanner or a Xerox machine, renders the future main courses ready for cooking one at a time.  Simply throw the animal under the lid, close it and push a button – lobsters and crayfish will be ready in five seconds, crabs in ten.  Get the lemon juice, butter and garlic ready – it’s cooking time.

Borne as a response to animal rights activists who complain about the cruel death the crustaceans experience, the device performs the job in a fast and efficient manner.  Clad in corrosion-resistant, brushed stainless-steel, it should look damn nice in your kitchen too.  It comes with safety inter-locks, so you don’t accidentally zap yourself in the process.  We can’t eat you, after all.  Unless you’re half-pork, half-human like Spam.  Then it’s fine.

CrustaStun is also working on a larger “lobster taser,” called the Continuous Flow Crustacean Stunner.  Designed for industrial uses, it puts the pain-free, animal murder tech in an assembly line, so you can kill off entire towns full of lobster.  The Single Stunner costs $3,500 per unit, while the industrial version is being pegged to go north of $100,000.