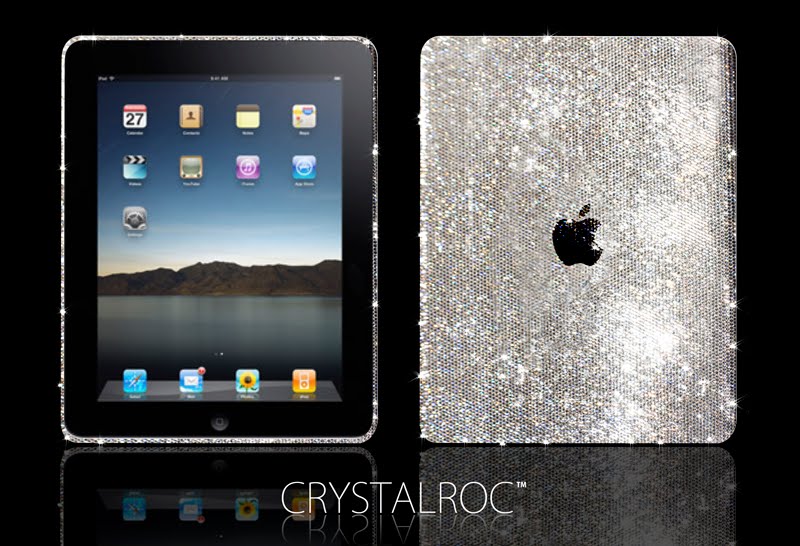 Your iPad might be glossy, but it’s not bling-bling shiny. At least, not like CrystalRoc’s Crystallized iPad, a custom modification of Apple’s tablet due out any day now.

Instead of a case that you can retrofit to your device, you’ll have to buy the slate directly from them, which they will ship with the mass of glistening Swarovski crystals installed. The entire back panel (save for the Apple logo) and edges are littered in 6,000 lustrous rocks. Fortunately, they did spare the bezel, so it only feels half as awkward as it could have been.  Nice touch.

We’re not sure who the target market for these things are, but we’ve seen people buy gold-plated Nokia phones and other ridiculous bling before, so they’re out there, just like XFiles FBI Agent Mulder used to say. Of course, he was referring to green men and unmarked helicopters, so it’s not exactly a perfect comparison.

The CrystalRoc Crystallized iPad will go on sale in late April, presumably a few weeks after the gadget does hit the market. Price is TBA (yes, “A” probably stands for astronomical).