CST-01 Is An E-Ink Watch In A Steel Band 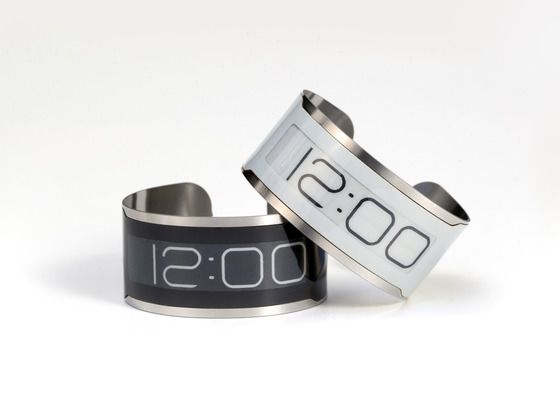 Not quite enthused with the current crop of e-ink watches like what Phospor and Seiko have released?  Maybe you can appreciate something a lot more slim and streamlined like the CST-01.

At just 0.80 mm thick, it’s quite possibly the thinnest watch ever created.  With the entire watch body made from a single piece of flexible stainless steel, it’s also very unique-looking, appearing almost like a hospital tag than an actual timepiece. 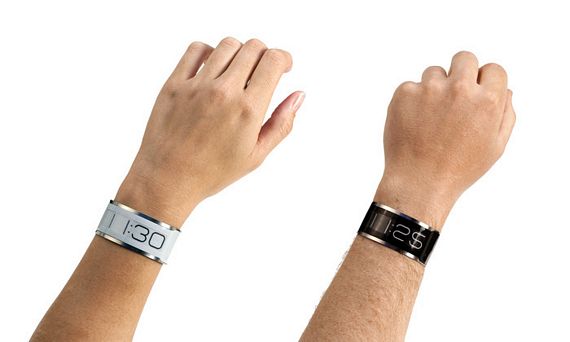 The CST-01’s time-telling mechanism and e-ink display are built into the steel band so there’s no extra bulk or weight from a case as you’d have with more traditional wrist watches.  It weighs just 12 grams which, according to the product page, is lighter than 5 pennies put together.   The actual watch mechanism (a Seiko-Epson microcontroller) is crammed inside a 0.5mm pocket etched into the steel, which is then topped by a segmented surf e-ink screen.

Since it’s e-ink, the watch doesn’t require a lot of power to run.  The micro energy cell it draws power from, in fact, can be recharged in just 10 minutes, with each full charge lasting a month before needing a replenish.

They still have a short way to go before a final production prototype, so they anticipate some change in materials may happen (specifically for the front mask), along with some updates to the firmware.  The existing product looks complete enough, though, that it was pretty impressive when they showed it off at this year’s CES floor.  You can reserve yourself one of the first batch of watches (September ship date) from their Kickstarter page, with pledges starting at $129.