Restart The Day With The Ctrl-Alt-Delete Cup Set 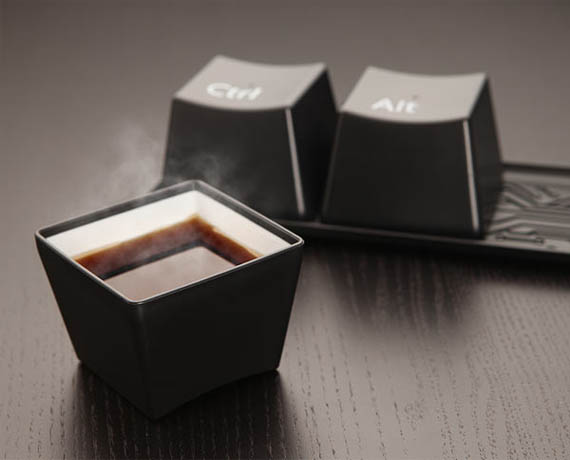 Ctrl-alt-delete has been the go-to keystroke of frustrated PC users for the longest time.  And you’re still doing it to this day.  Commemorate that most timeless of keyboard combinations with the Ctrl-Alt-Delete Cup Set.

Granted, drinking vessels have absolutely nothing to do with the default user action to an unresponsive computer.  Well, other than the likelihood that you will douse your laptop with steaming coffee from the cup the next time it hangs on you again.  Which you won’t do because you’re a Windows masochist.

The Ctrl-Alt-Delete Cup Set comes with three drinking cups shaped like keyboard keys (actually, they look like Chinese take-out boxes).   Each cup stands around 2.75 inches tall with the text printed at the base and space to hold up to 8 ounces of beverage.

Made from sturdy plastic, the cups should be suitable for both hot and cold drinks, but make sure not to fill them to the brim with steaming coffee, since there’s no handle.   Doing so could make a crash imminent.  The set includes a 10 inches x 4 inches  tray with circuit board etchings, where you can line up all three cups in a neat row.