Cubify Cube, A 3D Printer That Looks Like A Home Appliance 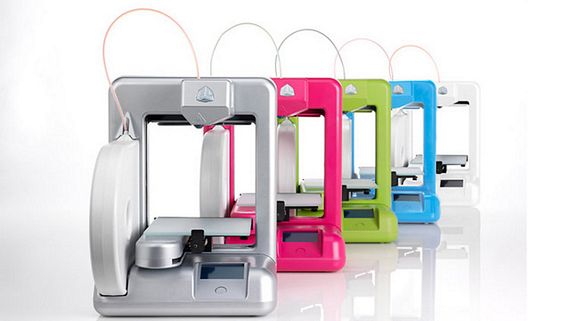 Most home 3D printers look like mini versions of industrial machines.  Which is why they belong more in a workshop or a home office than next to the family laptop in the living room.  Cubify (who also makes the CAD modeler, Invent) is looking to change that with the Cube, possibly the first desktop 3D printer that looks more like a home appliance than an industrial contraption.

Granted, the Cube is far from the prodigious 3D-printing beast that the Makerbot Replicator 2X or Cubify’s own CubeX are.  It’s aimed at the mass consumer market, though, so it’s geared more toward user-friendliness and presentability, rather than some hardcore criteria drawn up by DIY techies who spend inordinate amounts of time in the workshop (or garage or basement, whichever the case may be). 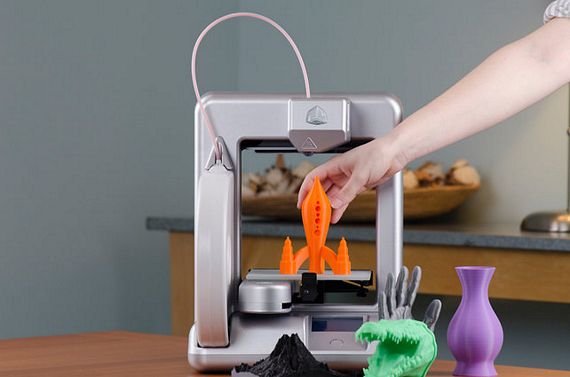 When you first see the Cubify Cube, chances are, you’ll mistake it for something other than a 3D printer.  With a very non-intimidating open platform design in a variety of colors (gray, pink, green, blue and white), you’d sooner think it was a high-tech kitchen scale or a weird toy of some sort.  But, alas, it isn’t.  Measuring 10 x 10 x 13 inches, it’s a full-fledged desktop 3D printer capable of producing plastic creations up to 5.5 x 5.5 x 5.5 inches in size.

Using plastic jet printing technology, it can print using either PLA and ABS with up to 200 microns of thickness.  It can be hooked up to a PC via USB or be operated untethered, with designs transferred to the machine over WiFi.  Cubify sells their own cartrdiges for use with the printer, too, so everything is as close to plug and play as you can ask for.