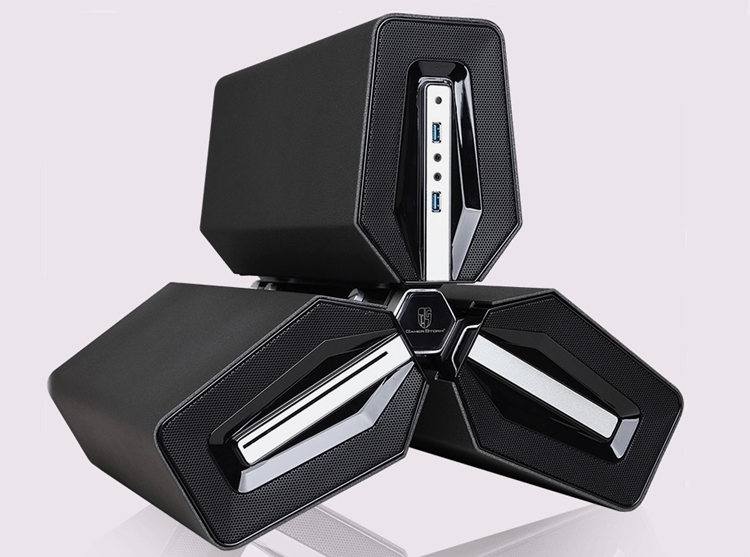 Chances are, you’ve seen PC cases that look like modified starfighters right out of Star Wars. The problem? Being decorative doesn’t exactly make them space-efficient, making them a bit of a hassle to fit inside an already-cramped workstation. That’s not the case with the Cyberpower Trinity, a compact PC with a three-bladed design that makes it look like an extraterrestrial spacecraft that’s ready for battle.

Consisting of three separate enclosures arranged in a triquetra configuration, it’s as unusual a personal computer as you can ask for. Seriously, the thing looks its transporting a fleet of intelligent life forms the size of 8th-scale action figures or something, rather than running GTA V with settings dialed up to Ultra. 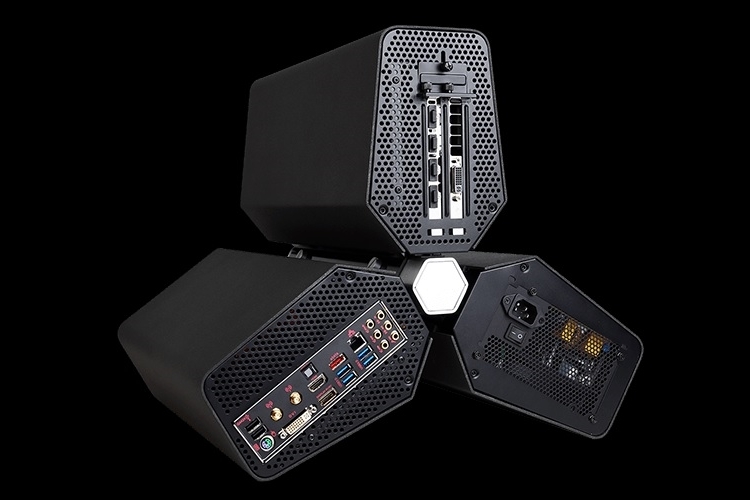 The Cyberpower Trinity’s tri-chambered form isn’t just all about giving the PC case sci-fi aesthetics, the unique design actually facilitates improved thermal management. It does that by separating the three major hardware groups (CPU, GPU, and storage) across the different enclosures, allowing them to be cooled separately, without heat from one component affecting all the others. Each of the blades come with integrated channels to facilitate proper airflow, with a hexagonal steel spine connecting all three and serving as a conduit for cable management.

The CPU enclosure can fit all mini-ITX motherboards, with the storage blade able to hold a full-sized ATX power supply, up to two HDDs (or three SSDs), and even a slim optical drive. The GPU blade, on the other hand, can house a full-size, 12-inch graphics card and even additional SSDs.

Available in a variety of configurations (both AMD and Intel CPUs, up to 16GB of RAM), pricing for the Cyberpower Trinity starts at $955.