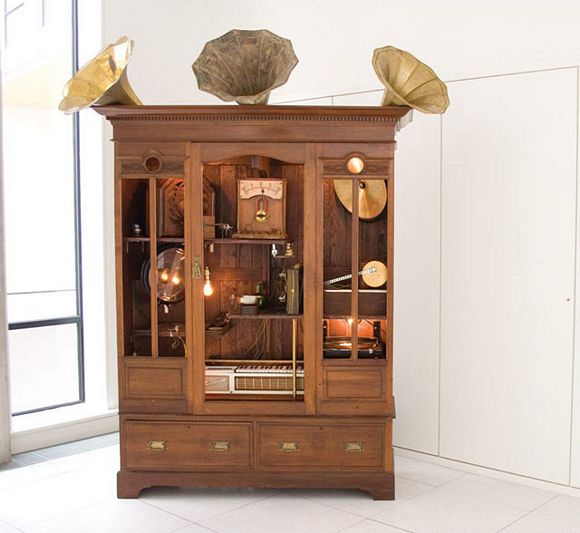 Building a robot band seems fun.  Making them online attention whores, however, just cranks up the entertainment value.  That’s exactly what we get with the Cybraphon, a hand-crafted musical robot that is cursed with an innate egotistical desire for being famous online.

The robot comes with an emotional scale that ranges from Desolation at its lowest point to Delirium at its highest, with a number of other feelings in between.  It sits at the bottom range when no one’s paying any attention to its online presence and feels exponentially better as more fans tune in. 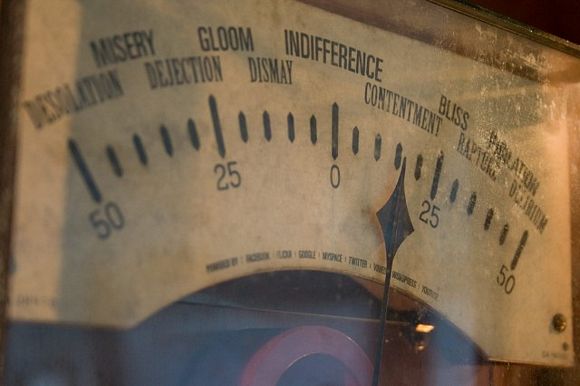 A mechanized assembly of acoustic instruments installed on an antique shelfcase makes up the Cybraphon, which belts out an upbeat tune once the century-old galvanometer hits Rapture.  The built-in orchestra features an air-pumped organ, a motor-driven Shruti box (a classical Indian instrument) and various percussion pieces (including cymbals and chimes).  It also comes with a vinyl record that plays through antique brass gramophone horns up top.

According to the creators, the tongue-in-cheek dig at our social media obsessions regularly checks various online information, like its Facebook friends, MySpace fans, Flickr views, blog appearances and more.  It plays sad melodies when there’s very little activity, but begins picking up as its online presence receives more action.

The brain of the robot is a Macbook Pro, which sits inside one of the drawers.  It shares the installation with several Arduino boards, over 60 robotic components and a mess of wires.  You can follow the Cybraphon’s current mood by subscribing to its Twitter feed, though its creators don’t want to offer streaming video just yet.  In the meantime, you can catch it in all its glory at the Inspace Gallery in Edinburgh, Scotland for an entire month, beginning August 5th.