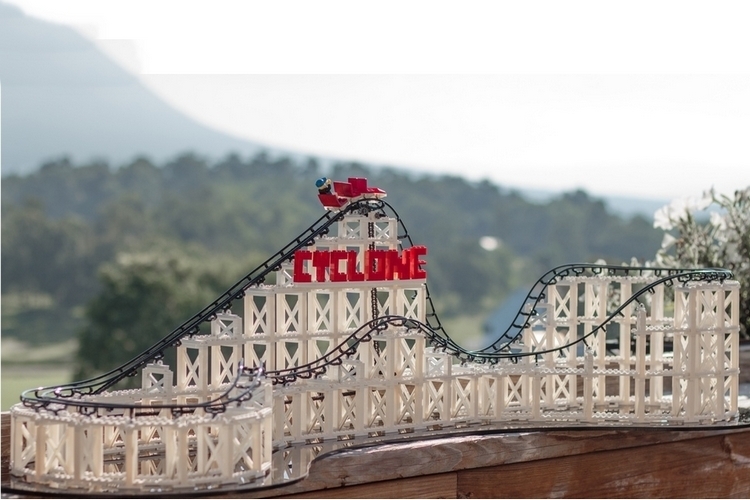 Remember the Cyclone, a 1:48-scale roller coaster you can put on your desk for those times you need a little mental distraction? It was awesome. You know what would have been more awesome? Building that roller coaster yourself. Well, that’s exactly what you can do with the Cyclone Block-Based Roller Coaster Model Kit.

Instead of coming as a pre-built model, the new toy is designed to be assembled using construction blocks similar to LEGOs. Not only does that add an extra dimension of play to the amusement park ride, but it also allows more creative LEGO builders to customize their coasters, making for a more dynamic model with plenty of replay value. 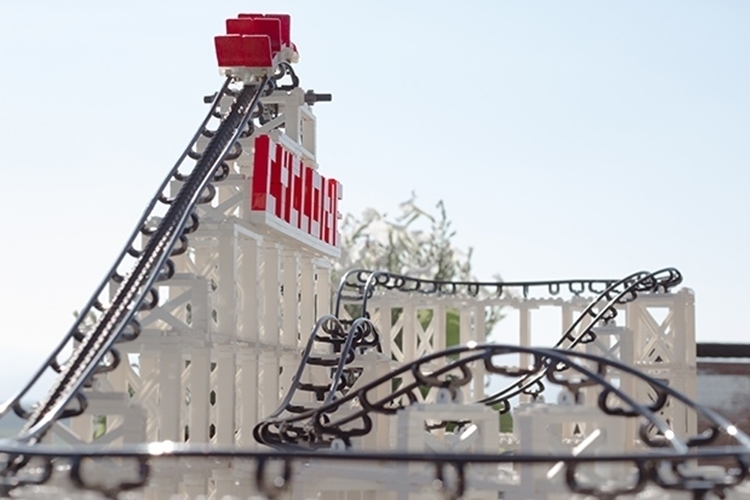 Like the original model, the Cyclone Block-Based Roller Coaster Model Kit comes with a working train that can run its way around the track through the integrated hand crank-powered mechanism. It comes with over 1,000 individual pieces, which include the construction bricks, the four-foot long track, and the mechanical system that allows the train the run through the entire course, all of which you’ll be assembling to come with the finished model. 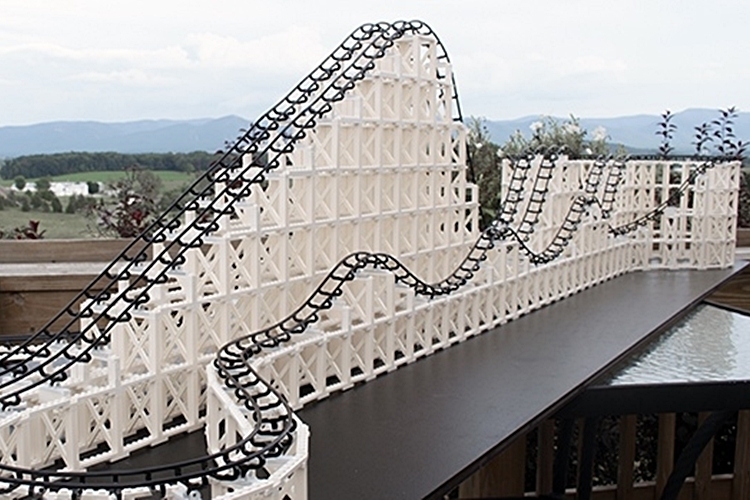 The mechanism, by the way, is compatible with LEGO Power Functions, so you can hook it up to a LEGO battery module to get the ride running on its own. And, yes, you can combine multiple sets to build a bigger and longer coaster if you’re so inclined (you’ll have to figure out how everything goes together yourself, though).

A Kickstarter campaign is currently running for the Cyclone Block-Based Roller Coaster Model. Pledges to reserve a unit starts at $99.