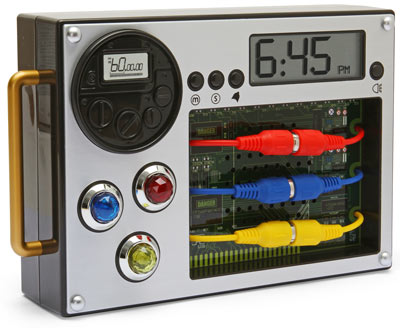 There’s nothing like waking up to the threat of imminent death (actually, loss of hearing, but we’re being dramatic). That’s what the Danger Bomb Alarm Clock is counting on, which requires you to correctly disarm it lest it explodes.

Don’t worry, it’s not lethal. The explosion will just be of the seriously loud and irritating variety, like the sound effects in action movies. You know, the kind that’s supposed to rouse your lazy, half-awake ass into getting ready for work.

The Danger Bomb Alarm Clock is a full-featured digital bedside timer with a bomb-diffusing twist. Sure, it lets you see the time and configure alarms, but sets itself apart with how that alarm is delivered. About a minute before the actual time you set it to wake you up, it’s going to start beeping. That means you have to get up and disarm the bomb…or suffer the consequences. 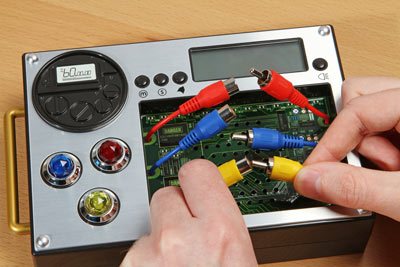 How do you keep it from blasting your eardrums into pieces? Just look at the three colored LEDs on the left hand corner and figure out which one is lit. Once your eyes have adjusted enough to recognize it, you must disconnect the wire whose color corresponds to that LED. If you pull the wrong wire…KABOOM! If you fail to disarm it before the 60 seconds are up…KABOOM! If you accidentally set it and left home….KABOOM! Noise complaint from the landlord.

According to Thinkgeek, the $34.99 Danger Bomb Alarm Clock is made in Japan, so all instructions might as well be Martian to you. They did add a how-to-use guide on their site, though, so you can print something out in case you get your grandma one and she can’t understand what the heck is going on.