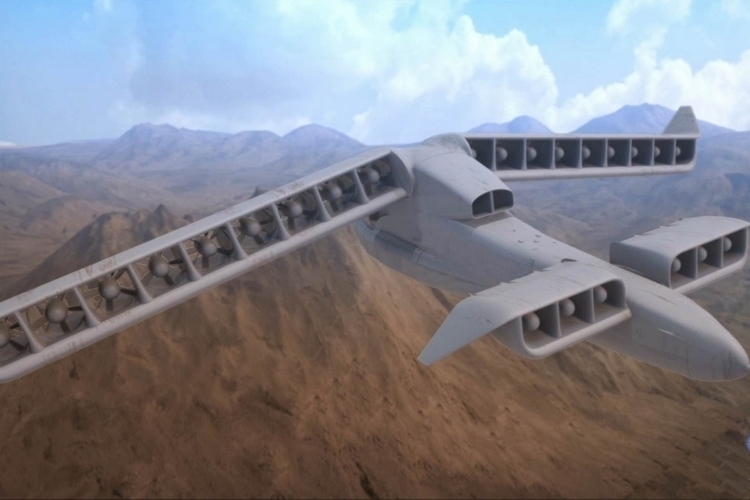 Many engineers have played around with vertical takeoff planes in one form or another over many decades. So far, though, even the best designs always made concessions that compromised some aspect of its operation. DARPA is hoping to do previous efforts better with their upcoming VTOL X-Plane.

Designed as a technology demonstrator, the plane is hoped to exhibit radical improvements both in its vertical takeoff and horizontal flight capabilities. Specifically, DARPA is looking to build a plane that will hover at 75 percent efficiency, while flying at top sustained speeds of close to 400 knots (around 460 mph), making for quite the ambitious aircraft. 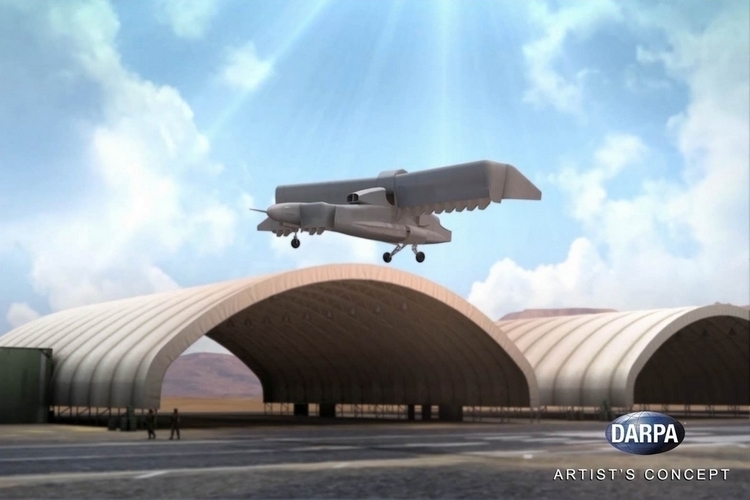 The DARPA VTOL X-Plane will use 24 ducted fans to propel itself both upwards and forwards – 9 integrated into each wing and three inside each front canard. Both the wings and the canards are able to rotate to direct the fan’s thrust, aligning itself at 90 degrees to make the plane hover (for takeoff and landing), flattening out for forward thrust, and positioning itself at odd angles during transitions between the two main modes.

Each fan, by the way, comes with its own electric motor, which draws power from a turboshaft engine in the fuselage that produces 3MW of electrical power. The flight control system treats the fans as individual modules, allowing pilots to change the thrust of each fan for better maneuverability and operating efficiency.

As of now, the unmanned version of the DARPA VTOL X-Plane is under development, with flight tests scheduled to commence in 2018.