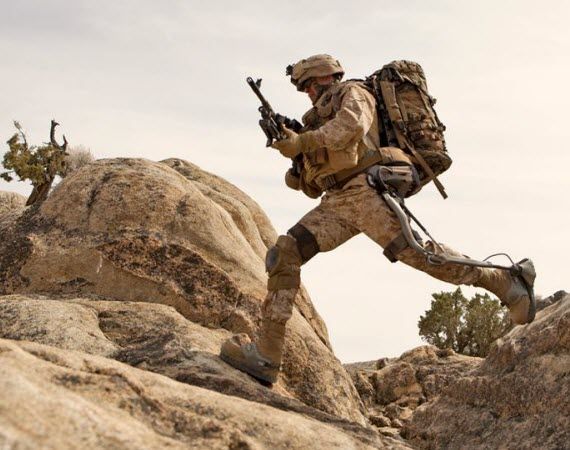 Being a soldier ain’t easy.  Not only do you put your life on the line day in and day out, you also do it while carrying heavy packs that can, occasionally, exceed 100 pounds.  The DARPA Warrior Web Suit looks to help with that burden.

Currently in the prototype stage, it’s an exoskeleton that’s meant to be worn like an undergarment — that is, hidden under your military fatigues.  That way, you don’t go around dressed like a half-human, half-robot spaceman, all while gaining superhero-levels of performance in the field. 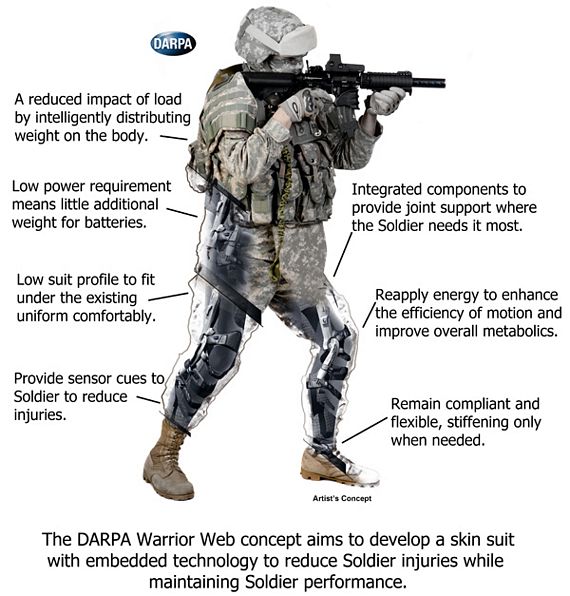 While it won’t quite turn you into Captain America levels of super-soldier, the DARPA Warrior Web Suit does give you unusual levels of strength, allowing you to carry heavy loads while acting like you’re not even phased by the heft.  Specifically, it’s designed to support your body when you walk, run, squat, bend, jump and crawl with a 100-pound pack strapped on your back, minimizing the amount of energy you expend while mitigating the potential for injury during physical activity.

To do that, it leverages the web structure of the exoskeleton to impact joint torque at the ankle, knee and hips, all while fitting comfortably under any suit or body armor you need to wear.  It does its job while consuming no more than 100 watts of power from the integrated battery, too, so it can keep working for extended periods while you’re out in the field.

Seriously, wannabe-superheroes need to pay someone to copycat the specs of this DARPA Warrior Web Suit and hold a campaign to start a production run on Kickstarter.  You can learn more straight from the DARPA website.