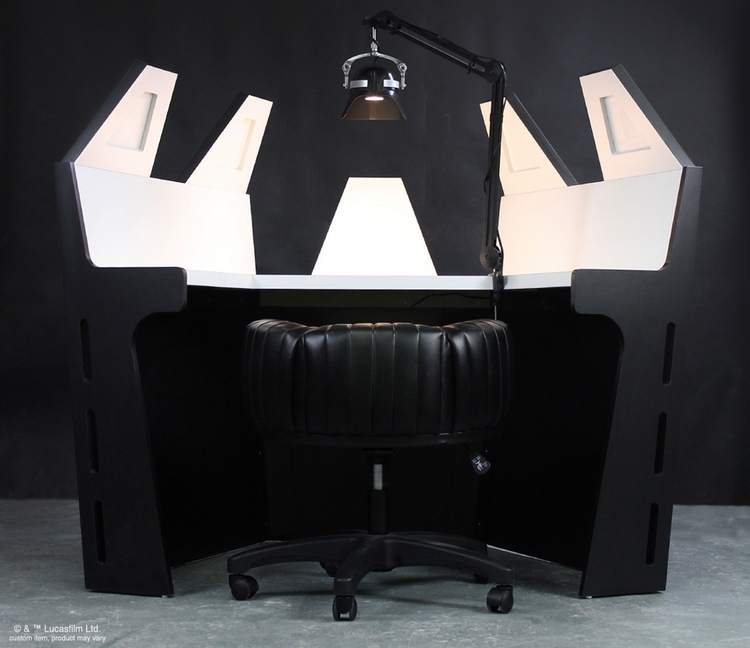 Ever wanted a home office setup that made you feel like a nefarious villain intent on wielding your power over the entire galaxy? Sounds awesome. Problem is, you have no idea how a space like that looks like, since all the supervillains you saw in movies and comic books don’t exactly work out of an office in a spare room of their home. Maybe you can take your cue from the Regal Robot Darth Vader Meditation Chamber Desk.

Based on the life support pod aboard the Super Star Destroyer from The Empire Strikes Back, the office furniture recreates the appearance of that vital fixture that allowed the Sith Lord to survive without his mask and helmet. Except, instead of an actual hexagonal pod that opens into two hemispheres, you only get a three-sided desk, albeit one that resembles the sharp lines and crisp geometry of that life-sustaining rig. 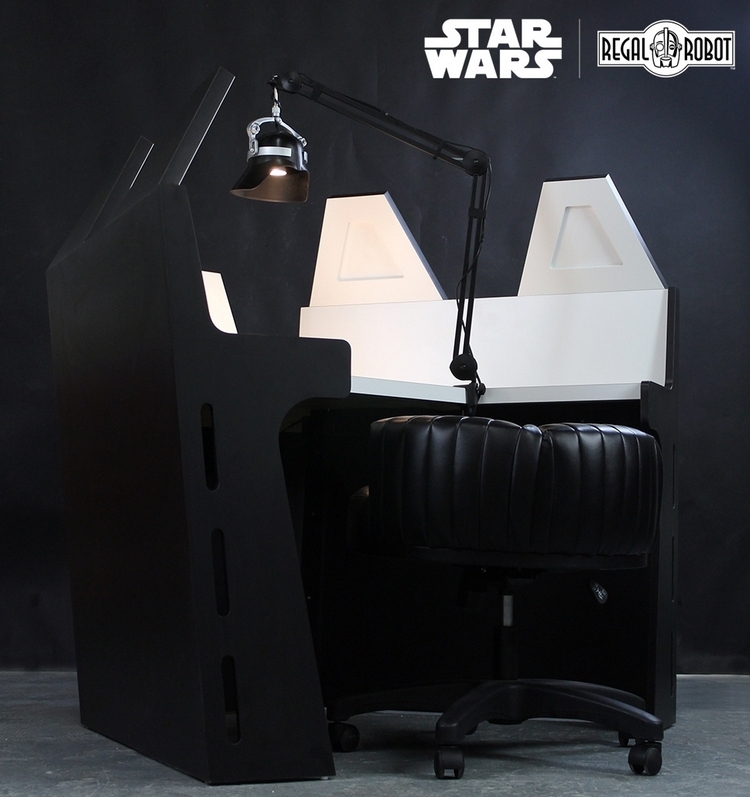 The Darth Vader Meditation Chamber Desk consists of a three-sided desk with a spacious worktop that should accommodate a good load of gear, a chair with a wraparound backrest/armrest, and a desk lamp with a long crane-like arm. The desk is, of course, the star of the show, with a shape resembling a small cross-section of the pod’s eight-sided structure, complete with outer edge panels that recreate the angular shapes of the meditation chamber’s lower structure. Seriously, it looks like it’s meant to combine with other parts to build out the full life support pod like they have in the movie.

The desk comes with custom laminated millwork that, Regal Robot claims, allow them to recreate the bold white interior and imposing black shell of the original pod. We have to say, they nailed it, with the whole aesthetic looking straight out of Imperial ships and structures. 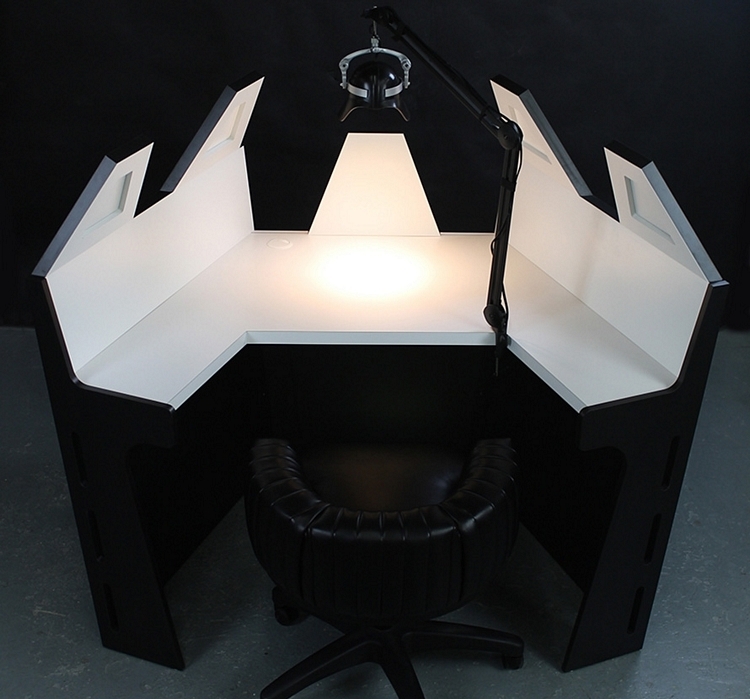 The Darth Vader Meditation Chamber Desk’s accompanying chair is covered in black faux leather to match the desk’s dark shell, with a height-adjustable design that should make it comfortable enough to get your daily work done. Granted, it’s not the most ergonomic-looking work chair, so you might want to pair it with one of those blacked-out office chairs if you want a more comfortable setup to work in. According to the outfit, they went with a stool-like profile for the chair to mimic the look of the seat found in Vader’s meditation chamber. 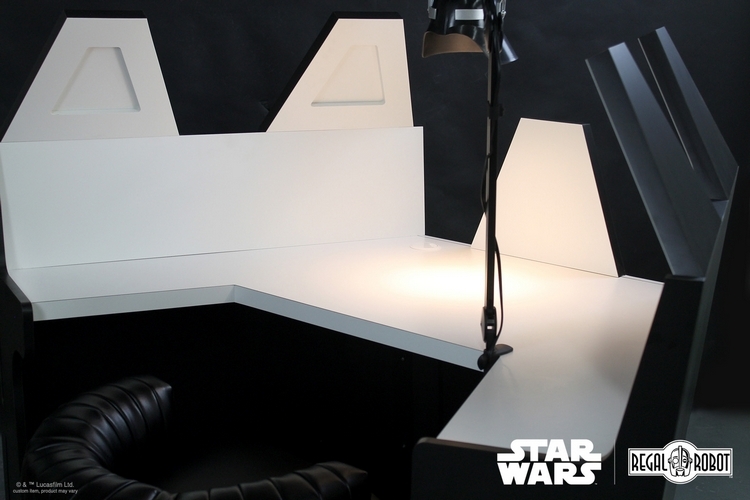 According to the outfit, the desk lamp is the finishing touch of the set, with a shade that’s shaped to resemble Vader’s iconic helmet. Instead of being set down on the desk, it looks like it’s clipped to the tabletop’s edges, too, so you can easily reposition this in any section where it won’t get in your way. The lamp’s arm, by the way, is way longer than a standard desk lamp, allowing you to mount it anywhere while still being able to aim the light at whatever you’re working on.

The Darth Vader Meditation Chamber Desk is a custom piece created by Robot Regal for tattoo artist (and Star Wars fan), Brandi R. Harkness-Bruce. You can learn more from the link below.