Don’t Be George Costanza – Get The Quick Draw Dash Wallet 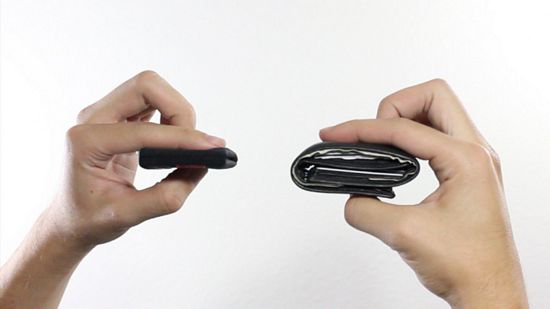 The Dash Wallet is the anti-George Costanza wallet. One of the funnier moments in television sitcom history is the Seinfeld episode where the lovable curmudgeon George Costanza becomes overly defensive about his super sized wallet. George stubbornly refuses to reduce the size of his wallet even though it is causing terrible backaches. His solution, instead, is to stick a wad of napkins in his other pocket to even himself out. The episode ends with George’s wallet exploding as he tries to push it shut. The contents fly all over the streets of New York City.

This Seinfeld episode is funny because it is, so true. We sometimes insist on making our lives more uncomfortable and troublesome than it needs to be simply because we carry too much stuff in our wallets. The result is uncomfortable sitting position, it looks terrible, and it takes too long to find what you need. The Dash Wallet offers a simple, convenient, and inexpensive solution. It is much thinner and smaller than the traditional wallet and is easy too carry. You can slip it into back pocket, front pocket, shirt pocket, or practically anywhere. 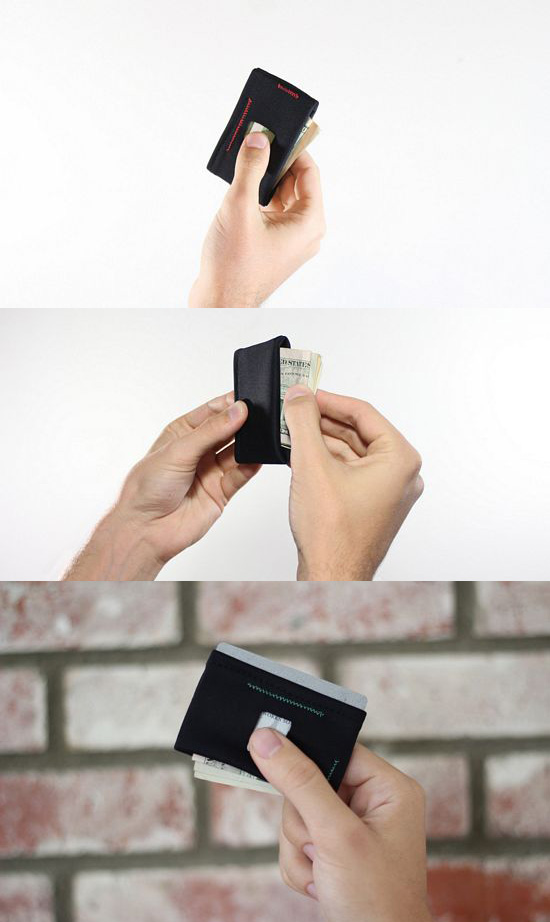 Steve Elliot stumbled upon the idea for the wallet when his dog ate his old wallet. Elliot adopted a streamlined approach in designing the Dash Wallet. It provides the basic features of a money clip with a card sleeve in an attractive and sleek package. Its minimal size and design makes it possible to carry your essential items: important cards, ID, and cash. This relieves you of the burden of carrying around a lot of things that you don’t need.

The Dash Wallet provides convenience as well as comfort.[box type=”tick”] The coolest thing about the Dash Wallet is the quick-draw department that makes it possible to swipe one of your cards without completely removing it from the wallet.[/box]  Simply slip the card out enough to expose the magnetic strip. The quick-draw compartment is a convenient, time saving feature. It also provides more security because it eliminates the risk of leaving a card behind or misplacing it once you have swiped it.