Dato Duo Is A Synthesizer Designed For Collaborative Play 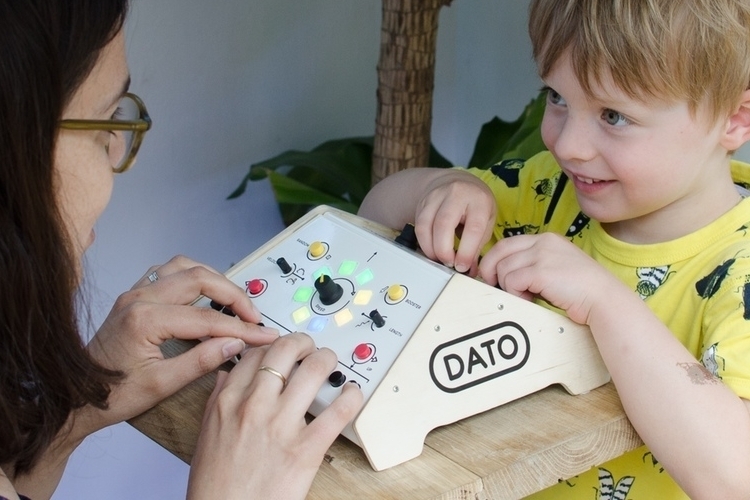 It’s not the only electronic musical instrument that combines a sequencer with a synthesizer. However, the Dato Duo is probably the first one we’ve seen that’s intentionally designed to be played by two people, making it a fun tool for musical collaboration, as well as a great way to bond with family and friends.

Shaped like a triangular prism, the rig separates the synthesizer and the sequencer on opposite sides, allowing two people to play on either side while facing each other, encouraging collaborative play. That way, you can do the melody and have someone else adding noisy effects, all while staring at each other and flashing your best rock star expressions. 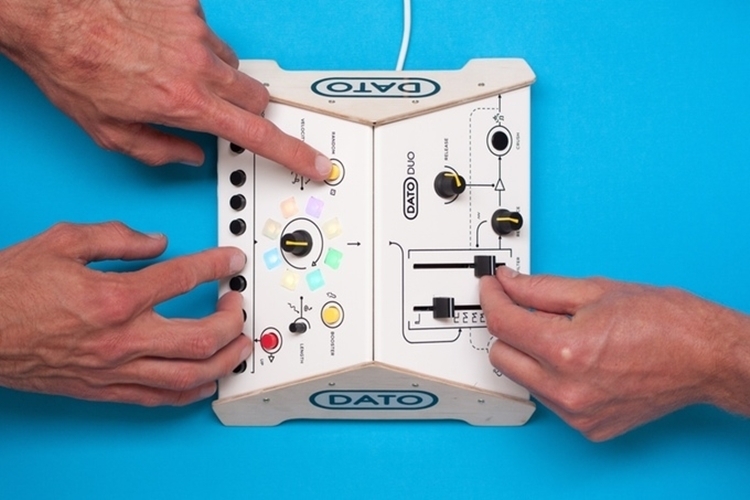 Designed to be fun to use for both novices and children, the Dato Duo comes with a pentatonic keyboard for playing notes, ensuring any combination you press will sound sufficiently melodic, the last eight notes of which is continually played in a loop, with buttons and knobs allowing you to alter the sound on the fly. On the opposite side is a noise-based percussion synthesizer with two sliders (controls digital oscillators and filter-cutoff frequency), two touch pads, and a couple of knobs. It comes with an internal speaker, so you can play it as a standalone device.

For more serious musicians, it comes with slots for hooking up with effects boxes, sync I/O for plugging in to other synthesizers (like Teenage Engineering’s Pocket Operator), and full-sized MIDI slots. Its creators claim the box produces a “gritty 12-bit sound.”

A Kickstarter campaign is currently running for Dato Duo. Pledges to reserve a unit starts at €299.