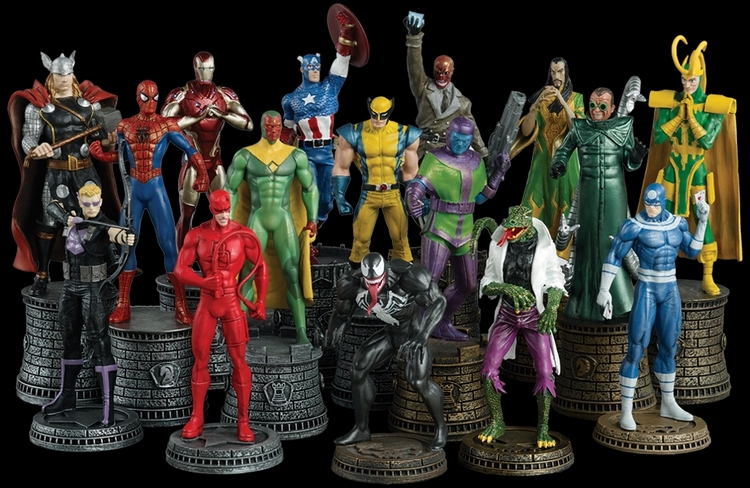 Tabletop games like HeroClix have made it possible to pit your favorite superheroes and supervillains against each other. Fun as those games are, nothing beats the classic game of chess when it comes to the variety of people you can wage strategy battles with.   With the DC and Marvel Chess Collection, you can turn every chess game into an ensemble superhero movie.

Made by Eaglemoss, it’s a set of chess pieces cast in the form of DC and Marvel characters. Each one has its own individual designation (color and position), which can be identified by the type of pedestal the statue is standing on. Hulk, for instance, is a white bishop piece, while Joker is equipped to inflict chaos as a black knight. There are multiple options for all the different chess designations, so it’s possible to put together an all X-Men team, an Arkham supervillain ensemble, or an all S.H.I.E.L.D. crew. 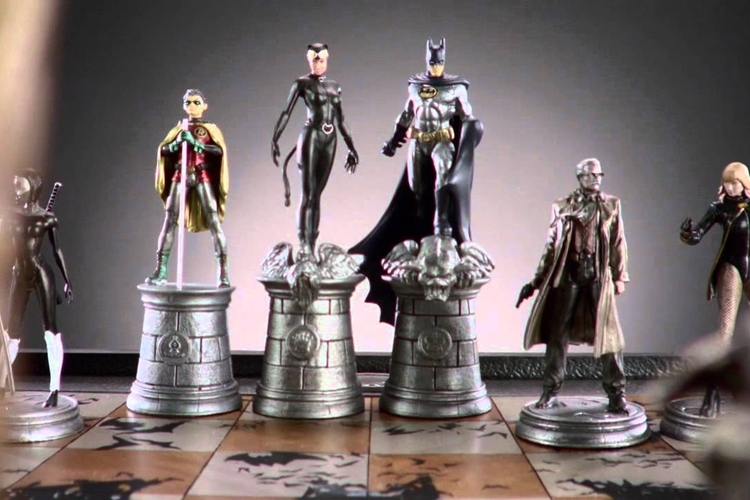 The DC and Marvel Chess Collection spans a wide range of characters from both major comic book publishers, each one sporting a roughly 1:21 scale. All statues, which are cast from a specially-formulated metallic resin and hand-painted, are rendered in impressive detail, making for genuine collectibles on top of being functional chess pieces. Each one is sold individually, accompanied by a 16-page magazine containing chess tips and artwork from their respective publishing studios. Unfortunately, you can’t switch any of the characters’ positions (they’re affixed to their pedestals), so if you don’t want to live in a world where Hulk isn’t king, you’ll have to muster the courage to, somehow, make a compromise. Each character in the DC and Marvel Chess Collection is sold individually, with prices starting at £7.99.