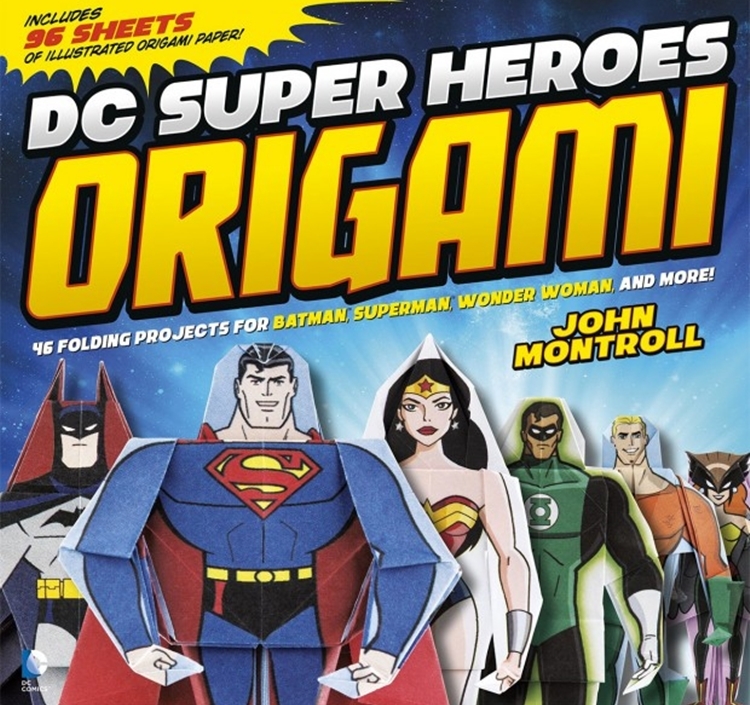 Origami is fun, but it can be infinitely more fun if you can use the paper-folding art to create iconic characters that you’ve grown to love over the years. That’s exactly what DC Super Heroes Origami helps you do.

Created by John Montroll, it’s a book consisting of different origami projects that will you see fashion iconic characters and objects from the DC universe. Whether you want a folded-paper Superman to watch over your comic book collection, an origami Batman to help keep the peace in your office cubicle, or a papercraft Aquaman to… uhm… drown in the bath tub, this book is the ticket to letting you realize those most mundane, yet ultimately awesome, life goals.

Over 448 pages, DC Super Heroes Origami helps you build 46 origami projects, complete with detailed diagrams and step-by-step instructions. It covers several superheroes, including Batman, Superman, Wonder Woman, Green Lantern, Aquaman, Hawkman, and Atom, along with popular items from the universe, such as batarangs, Wonder Woman’s invisible jet (no, it won’t be invisible), the Daily Planet building, Aquaman’s seahorse, and more. While you can use ordinary paper for most of the projects, it includes 96 illustrated sheets in the back that you can rip out and fold to make characters and items with pre-drawn details. Granted, the illustrations seem more geared towards kids than grown folks with a comic book hobby, but it should be fun all the same.

Slated for a September release, the DC Super Heroes Origami is priced at $9.60.