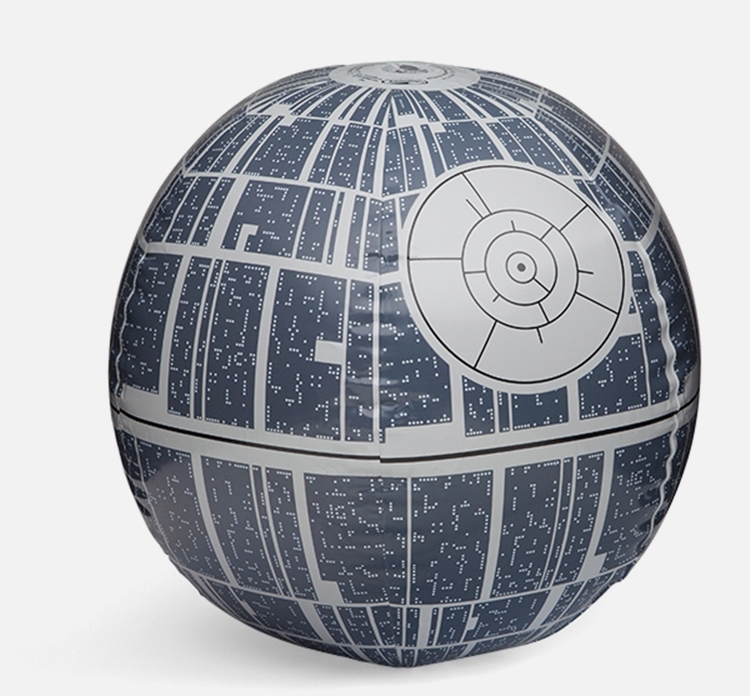 If you lived in the Star Wars universe, a Death Star isn’t something you’re likely to joke around about. Not only are those moon-sized battle stations massive, they have weaponized superlasers that can destroy entire planets in one blow. Since we’re on Earth and we don’t live in George Lucas’ imagination, we have no problem taking this Death Star Light Up Beach Ball any time we hit the pool at the nearby resort.

Designed to look like the colossal space station from the films, it doesn’t just come printed with graphics that recreate the likeness. Instead, it also comes with integrated LEDs that light up whenever the ball detects impact, making it look like the base is under attack from fleets sent by the Rebel Alliance. 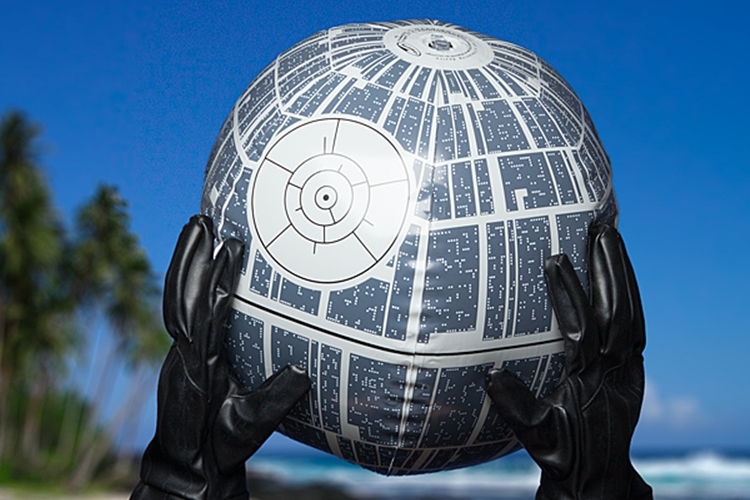 The Death Star Light Up Beach Ball is an inflatable toy measuring 14 inches when completely filled with air, making it small enough for smaller kids to easily handle by themselves. Granted, the light-up LEDs aren’t all that much fun in daylight since you’ll have a hard time seeing them – bring this out to the backyard pool at night, though, and you can have a Death Star ready to spice up any party with its disco light effect. It uses a button cell battery for power, which, unfortunately, isn’t replaceable, so you can only enjoy the light effect for so long before it becomes just another Death Star laid to rest by the heroic rebel forces.

Available now, the Death Star Light Up Beach Ball is priced at $9.99.